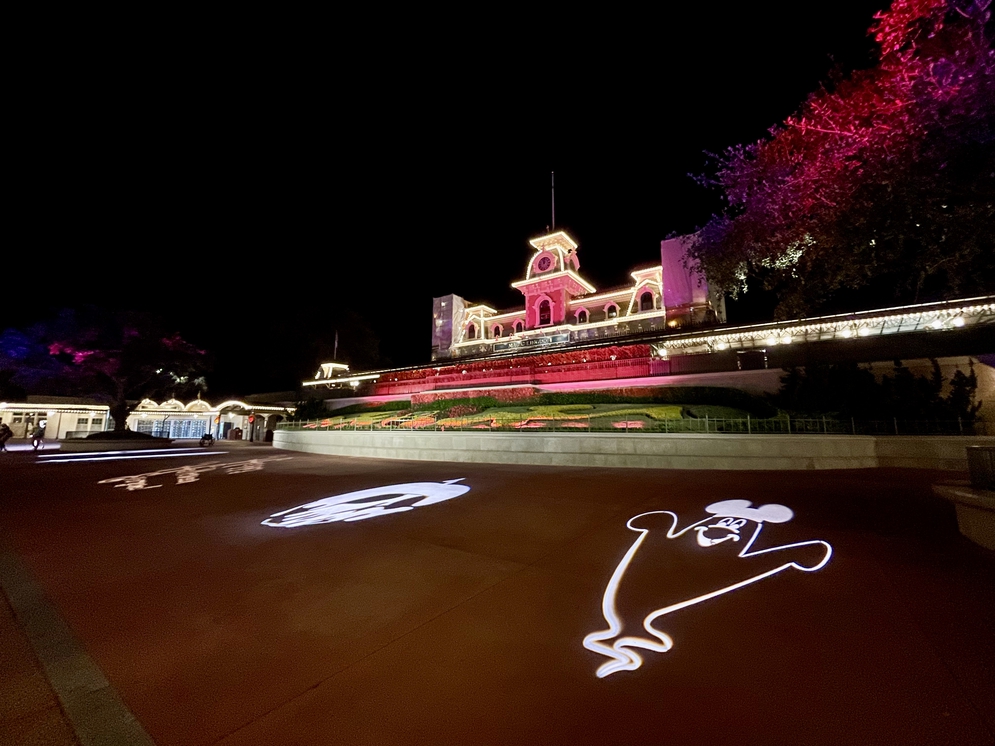 Last week, I had the chance to attend the very first night of Disney After Hours Boo Bash, this year’s replacement for the Mickey’s Not-So-Scary Halloween Party. Just in case you’ll be headed to the new hard-ticketed event this season, I thought I’d let you in on a few of the biggest differences between Boo Bash and MNSSHP so that expectations can be managed and so that you’re equipped to get the most out of your After Hours experience. Ready? Grab your candy corn and settle in.

I’ve had the opportunity to attend two Disney After Hours evenings in the past, with one of them, for full transparency, having been gifted by Disney. So I rolled into the Boo Bash knowing what the After Hours events have offered guests in the past: low capacity and the accompanying lower attraction wait times, included bottled drinks and snacks (popcorn, frozen novelties, etc), and an overall boutique-type feeling to the evening. We’d been told that some of the familiar MNSSHP characters would make an appearance at Boo Bash as well, but that they would greet guests from afar, and that special Halloween-themed cavalcades would replace the Boo to You parade.

Part of the fun of the Mickey’s Not-So-Scary Halloween Party was the chance to meet somewhat rare characters up close and personal. I have to say that the current mode of meeting characters from afar might save you a little party time. You have just three hours on your ticket (granted, ticket holders can enter the Magic Kingdom on their party ticket beginning at 7pm, but the party doesn’t officially begin until 9 or 9:30pm), so not waiting in line for hours to meet characters can be seen as a tiny bit of a silver lining. Some of the characters that I encountered during my evening at Boo Bash were Chip n’ Dale in Frontierland, Honest John and Gideon (who greeted guests from the second-story balcony of Pinocchio Village Haus), and pirate Goofy in Adventureland.

My very favorite character interactions during the Mickey’s Not-So-Scary parties are had with Miss Renata, Miss Carlotta and Broome the Butler on the front lawn of the Haunted Mansion. Thankfully, these spectral friends have made the transition to the Boo Bash. Be sure to swing by the Haunted Mansion to delight in their banter. It’s the best. I could quite literally stand there and watch them all night long and not feel that I’d missed out on a thing.

For me, one of the most enjoyable elements of Mickey’s Not-So-Scary is the selection of party-exclusive snacks that can be purchased by guests. If you’re like me and you enjoy savoring these snacks and sips, be warned that there are only a few available for purchase at the Boo Bash. I had the chance to try the Apple Ginger Dale and the Mocha Chocolate Chip frozen drinks. Both can be found at Golden Oak Outpost in Frontierland. Be warned that the mocha drink was very popular on the night that I attended, and was sold out at one point. Thankfully, it came back after a short wait. Click here to watch me try these drinks, and virtually tag along with Fiasco and Hayley as they try the two snacks.

And, true to the Disney After Hours events that have come before, select snacks (frozen novelties and popcorn) are included in your event cost. Boo Bash guests will find snack carts located throughout the Magic Kingdom during the event, but as a side note, even though you can enter the park early on your Boo Bash ticket, the event snack carts will not magically appear until the beginning of the party. The included snacks are unlimited, so if it’s a bucket list item of yours to eat five Mickey ice cream sandwiches at 11:30pm in the Magic Kingdom, this is your golden moment. The BOO Bash ticket price is steep, but if included snacks, bottled waters and sodas are something you’d enjoy, it might help soften the blow just a bit.

My favorite part of the Mickey’s Not-So-Scary Halloween Party, of course, is found in the simple act of bouncing from one candy station to another collecting treats of all sorts. Upon entrance to MNSSHP, each guest was given a treat bag and a starter bag of candy along the Market Street bypass. At Boo Bash, trick-or-treat bags can be found at the individual treat stations, and starter candy bags are not given. BOO Bash guests will find 8 trick-or-treat stations located throughout the park. The 2019 Mickey’s Not-So-Scary Halloween Party offered 14 trick-or-treating locations, so having only 8 at an event whose ticket price nears $200 the closer you get to Halloween is definitely disappointing.

The candy selection consisted of names that you’d easily recognize from M&M’s to Snickers and everything in between. As in previous years, guests who have allergies can find allergen-free treat options by collecting teal tokens from the trick-or-treating stations and then redeeming them at the Allergy-friendly Center (Liberty Square Ticket Office) next to the Hall of Presidents.

The biggest question heading into Boo Bash was exactly how large the crowds would be. I’m happy to say that the answer became quickly apparent on the first night, and I encourage you to read my article for the full details.

Four Magic Kingdom attractions received “Halloween Twist” party-exclusive overlays in 2019, but there are none being offered this year. We knew this going into this year’s event, but I stopped by Space Mountain (I was willing to take one for the team) and asked just in case some last-minute magic had been performed. Alas, no. Sigh. Maybe next year.

Boo Bash begins later in the evening than MNSSHP, so that’s something to keep in mind. Depending on the evening, the party will run from 9pm-midnight or 9:30pm-12:30am. Pace yourself the day of in order to enjoy the most from the party. No one wants a meltdown when you’ve paid this much to attend a special event. And, just in case you miss your mid-day nap, Starbucks on Main Street and Joffrey’s in Tomorrowland are open during the Boo Bash, so caffeinated sustenance can be found to help see you through.

My biggest piece of advice…

Plan. And then look at your plan and replan. I can’t stress this enough. Sure, the entertainment options are fewer in number during the Boo Bash than they are during Mickey’s Not-So-Scary, which is both a blessing and a curse, though, let me be clear: I’d like all of the live entertainment back now, pleaseandthankyou. And you won’t be waiting in line to greet characters for hours during the event like you might during MNSSHP (another blessing and curse), but you only have 3 hours, and you just can’t do it all. You can’t ride all of the attractions (even the low 25-minute wait time for Seven Dwarfs is a large chunk of your event time), gather candy at all of the trick-or-treat stations, cut a rug at Tomorrowland‘s DJ Dance Party, watch the Cadaver Dans, see Maleficent breathe fire, catch the three character cavalcades, enjoy the event-exclusive snacks and drinks plus the included treats and hunt down all of the characters in just three hours. Whew. It makes me tired just typing it all out.

My advice is to roll into Boo Bash with a plan. Have your must-dos defined, and enjoy checking them off of your list. While you may not be able to do it all, it’s a fun evening, to be sure. Like anything Walt Disney World, it’s best if you and I approach it with a base knowledge of what’s what. And if you’re anything like me, you can begin your evening with a well-crafted plan and still be surprised midway through. That’s part of the fun of being in the Disney parks, right?

Is Boo Bash on your must-do list this year? Why or why not? Have you attended one of the evenings thus far? What was your favorite element of the event? Please let me know in the comment section below!

If you’d like the DIS team’s overall thoughts on Boo Bash, be sure to watch the video below: