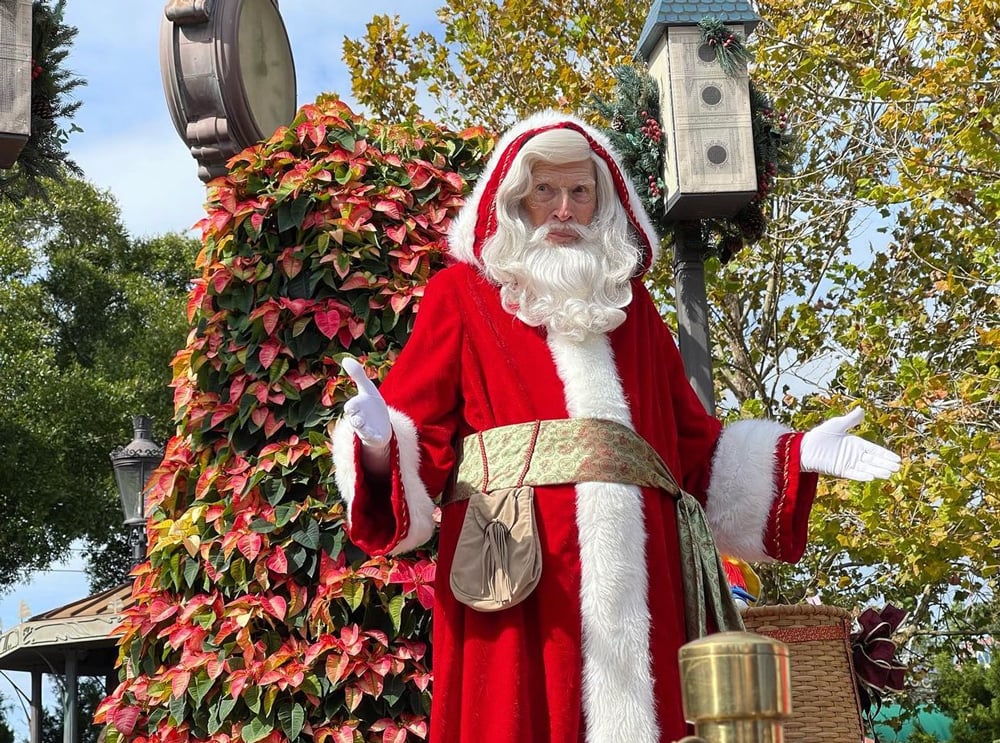 There has been so much online discussion about the different entertainment and services that have not returned to Walt Disney World since the parks and resorts began reopening in July of 2020. So I thought I’d take a few minutes to share some of my thoughts on the comments I’ve heard from various cast members and contracted folks during my most recent travels.

Some of you might remember that I expressed displeasure last month about the parking lot trams not running. I’m bummed that they still haven’t returned and there is no definitive timeframe that’s been announced as to when we can expect to see them running again. Due to that, I’ve been choosing to leave my vehicle at my resort hotel and utilize Disney transportation instead of driving myself when I’ve visited one of the theme parks.

Last month when I attended the Disney Very Merriest After Hours event at Magic Kingdom, I used a RideShare and had it drop me off at Disney’s Grand Floridian Resort & Spa, then took the monorail right over to the park. Once the event finished and I exited the park, I caught a bus back to my resort. The bus was not a regular Disney bus adorned with some of our favorite friends; it was one of the plain charter buses that we have seen many of recently. As it turned out, I was the only guest riding the bus at that time, so I got to chat with the driver during our journey. He told me a bit about himself and explained that he was picking up hours with Disney through the transportation company he worked for. He continued to share that he could work as many hours as he cared to due to the company’s needs. He said that Disney lost around 200 transportation cast members during the COVID closure who did not return to work as many of them found other employment and/or got very sick with COVID and are no longer with us, which was so sad to hear.

In last week’s episode of the DIS Unplugged, Craig and Deni shared the announcements from Disney on returning entertainment. They discussed how some of those things should have returned already, which got me thinking a bit more about the state of many employers in my neighborhood. Restaurants and other businesses here are closing earlier than usual due to being short-staffed. For example, I was out one evening when my kiddo asked me to pick some food up at Zaxby’s on my way home; that’s a fast-food restaurant down here for those who don’t know. Interestingly, an employee was standing in the drive-thru as I tried to pull in. They came up to my vehicle and explained that they were closed earlier than usual because they didn’t have enough staff to run the place.

When I think about all the things that are still closed at Disney World – things such as the Bibbidi Bobbidi Boutiques, most of the backstage tours, at least fifteen on-property restaurants, Minnie Vans, and so much more – it is a little alarming but also, not really. These are not necessarily positions that just anyone can walk right into and perform properly. When I think about how much of an investment in time it is to hire and train a brand new person you’ve hired for a specific job, then multiply that by the sheer volume required at Disney World, it makes my head spin. Back in the day, I was only in charge of keeping a staff of no more than 25 or so and that was difficult enough sometimes.

Walt Disney World was shut down for nearly four months, and most people couldn’t afford to do without their income for that long. Many cast members found other jobs or started their own businesses (Ear for Each Other Facebook Group) during that time, and now that Disney needs those folks to come back to work, it’s too late for so many of them as they’ve already moved on. Can you imagine being a business owner with tons of well-trained staff doing very specific jobs going to not having any of them available through no fault of their own? That’s a challenging situation for any business. Disney knows that their fans expect that Disney difference, and before they start haphazardly reopening everything that is still closed, they’ve got to get the right people hired and trained to perform those jobs. That can be tough when we’re not in a global pandemic, let alone what many businesses are facing today. I hear about challenging situations at so many local businesses, from grocery stores to retail clothing companies. I can only imagine how much more difficult the predicament is at the Disney World theme parks as it’s multiplied by thousands.

I’m finding myself being thankful for all that has returned to Walt Disney World during the past year, especially for some of the holiday favorites that are back this year, like the EPCOT International Festival of the Holidays. That by itself seems like quite the feat considering the shortage of many frontline cast members. I’m thrilled to see that the Holiday Storytellers have returned this year.

I’m also frustrated because, as someone who lives just a few hours from Disney World, I don’t plan my trips too far in advance (unless they’re for work). So spur-of-the-moment weekend visits seem like wishful thinking since we can’t just enter a park without making a Park Pass reservation, and the availability is few and far between this holiday season. I do have to say that as the capacity seems to grow higher and higher each time I visit, I get the need for the reservations, but at the same time, it leaves me wondering why we’re still required to make them when the parks are so full.

In any event, here we are amidst the holidays, and I’ll take whatever Disney magic I can get!