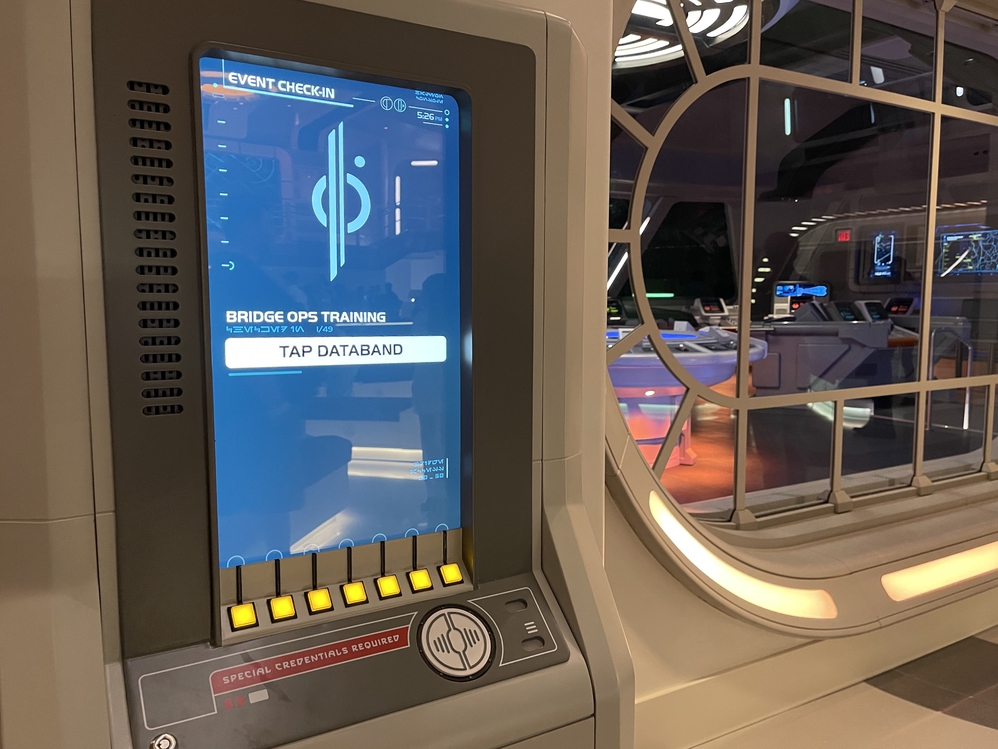 You’ve planned your outfits, downloaded the latest version of the Play Disney Parks app and linked your reservation, and scanned the menus and activities. Your Star Wars: Galactic Starcruiser trip is on the horizon, and you’re feeling ready…but what if? What if in the midst of the excitement of the story unfolding around you, you miss something you don’t want to?

Let’s stop and take a few moments to cover five things that I believe should be on your radar and circled in red during your time on the Halcyon.

1) The events highlighted in orange on your Datapad’s schedule. You’ll find activities of all types in the Datapad functionality within the Play Disney Parks app. But which ones are optional? Basically, anything that’s not in orange is something that, while beneficial, isn’t pivotal to the Starcruiser’s storyline. The events highlighted in orange are the ones that the Imagineers who crafted the experience deem most important to the overall story, and thus should be ones that guests aboard the Halcyon be sure to attend.

Something to keep in mind: if the console at which you begin your Ops Training isn’t your favorite, don’t worry. Everyone rotates through the stations so that all get a chance to learn the different tasks.

3) The visit to Batuu. On the second afternoon of your stay aboard the Halcyon, all guests are encouraged to leave the ship in order to complete several missions in Star Wars: Galaxy’s Edge. If you’re someone who’s had the chance to visit Galaxy’s Edge and ride its attractions in the past, you might be tempted to skip this journey in favor of extra time on the Halcyon. The missions that you’ll be asked to complete while in Galaxy’s Edge (found in your Datapad) are important to your Galactic Starcruiser story, and which missions you complete (and how you do or do not complete them) just might have ramifications when you step back onboard. As a Halcyon passenger, you’ll get Lightning Lane access to the land’s attractions in order to complete two of those missions. And it never hurts to get to ride Rise of the Resistance and Millennium Falcon: Smugglers Run again, right?

4) The snacks in the Sublight Lounge. There is no shortage of food aboard the Halcyon (this is a cruise, after all). You might want to summon up the extra stomach space for a stop by the Sublight Lounge. There are snacks that are exclusive to the bar that are included in your voyage fare, not to mention Star Wars-themed alcoholic and non-alcoholic beverages. You paid for those special snacks, and it’d be a shame to miss trying a few (or all) of them. Added bonus: while you’re in Sublight nibbling on your snacks, you can ask for a crew member for a quick Sabacc tutorial. I’m sure you’ll be better at the game than I was. Ahem.

5) Make a friend. Or two. The more that you get to know the crew, the better. You might find yourself playing a larger role in the story if the main crew members know who you are and where your allegiances lie. I know that this might be a panic-inducing thought for those who are introverts, but my encouragement would be to give it a shot at least once. Say hello to Captain Keevan. Share a snarky comment with Lieutenant Croy. If you get the chance, tell Gaya how excited you are that she’s onboard. The more you interact with the story, the more you’ll get out of the experience; even if all you have is the quickest of conversations.

Do you have anything you’d add to the list of must-dos while aboard the Starcruiser? Advice you’d like to add? Please drop your thoughts in the comments section below. ✨