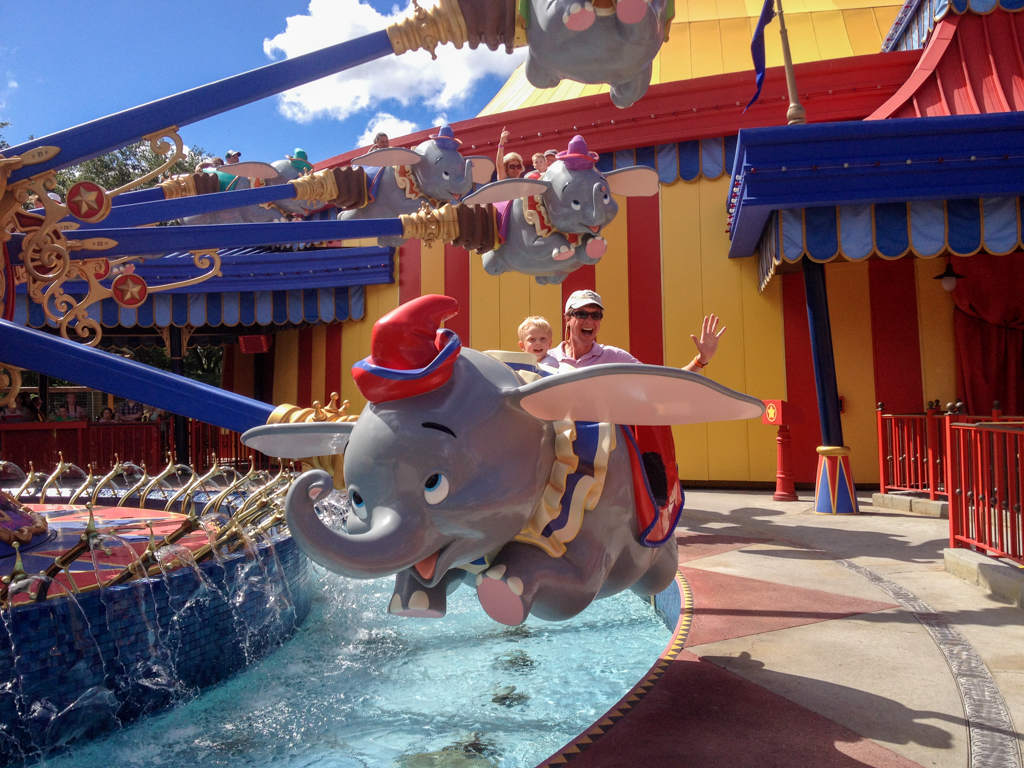 I was born to love Disney. My husband was not.

His first trip to Walt Disney World happened when we were dating. He liked it and I’m pretty sure he thought, that’s the end of it – one and done.

Um…that’s not how Disney fandom works.

After we were newly married, he agreed to return. It went well, but I think he was absolutely sure that we wouldn’t be going again anytime soon, or possibly ever.

Then we had kids. And I needed more Disney. I wanted baby photos in front of the castle, toddler interactions with characters, and all those “first” moments – first Dumbo ride, first Mickey Bar, first Wishes fireworks show, and so on, and so on.

I wasn’t sure what to do. I didn’t want a husband who was just dragged along like a walking ATM. If he didn’t want to go to Disney, it was fine with me. I was perfectly capable of traveling solo and with other Disney-loving family members and friends. But I thought I should make an effort to plan Disney vacations he would enjoy, if he was so inclined to go.

Fast-forward 20 years. My husband now looks forward to visiting Walt Disney World. When I look back, I see how he evolved slowly from reluctant visitor to all-in Disney Dad.

Early on, we were fiscal conservatives and traveled on a budget. Being frugal became part of the fun. We used frequent flier miles, traveled in the off-season for the best hotel rates, used reward dollars to help lower the cost of tickets, only rode on Disney transportation, ate at quick-service locations, and abstained from buying any souvenir bigger than a magnet.

We didn’t just go to parks. I appealed to my husband’s passions for swimming, baseball, museums, and golf. When planning, I made sure to include copious amounts of pool time. If spring training was happening at the Wide World of Sports Complex, I made sure our trip coincided with a Detroit Tigers appearance (one of his best Disney memories is seeing Justin Verlander pitch).

I learned that Disney trips were more intriguing if we worked together to add a day trip, like a trek to the Kennedy Space Center or a visit to the Orange County Regional History Center (which has quite an interesting Disney exhibit). For a northerner, being able to play golf in the middle of winter is always a treat (even if your wife isn’t all that great and can only keep up on the Oak Trail nine-hole walking course).

Once we had kiddos, seeing the park through their eyes gave us a different perspective on the place. As a couple, we were pretty agnostic about the Swiss Family Treehouse, but the boys think it’s an adventure, so now we do too. Waiting 35 minutes for a 20-second ride on the Barnstormer or 90 minutes to plunge down Splash Mountain is no problem. The family rule is that every day everyone gets a turn doing something they love.

I’m an early bird, but my husband is a night owl. I mistakenly thought that he’d never want to be inside of a park at rope drop. But one year, the kiddos were up super early and ready to roll at 7 a.m. I suggested we take the bus to the Magic Kingdom since it would be opening soon for Extra Magic Hours.

We had so much fun. We knocked out pretty much all of Tomorrowland (including two rides on Space Mountain) and Adventureland by 10 a.m. My husband had no idea that mornings at the parks were so easy to navigate and enjoyable. Game changer.

Believe it or not, showering my husband with Disney history has been very helpful. It all started with Episode #035 of the Connecting with Walt Podcast, which was a deep dive into the Magic Kingdom’s Liberty Square. It seems counter-intuitive, but the more my husband learns about Walt and Roy Disney, the origin of certain lands and attractions, the company’s recycling programs, and how each country in the World Showcase came about, the more he loves the place.

I never thought that 20 years ago my spouse would say, “when’s our next trip to Disney?” But he does, and I’m pretty sure he means it. 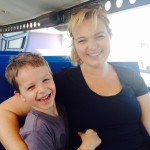