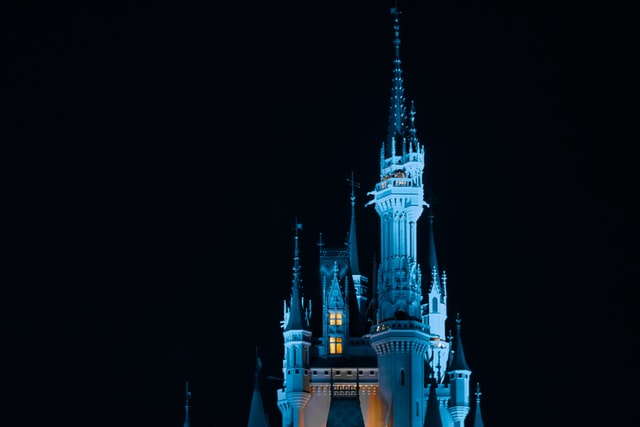 Alright, leave your pitchforks at the door on this one; I am here to confess, but let me start from the beginning.

It was our most recent trip to the USA, where a road trip from east to west had us visiting both Walt Disney World in Orlando, Florida, and Disneyland Park in Anaheim, California. Traveling with my two kids and non-Disney fan husband, I had to plan this out very carefully. Exciting; but not too overwhelming. While he encourages me always to go and have fun, my husband isn’t usually in tow when we visit the parks. However, on this trip, he would see more Disney action in one visit than in all his previous day-here-or-there experiences put together.

The pressure was on to make sure that we incorporated as much of what I thought he might be interested in as possible, which meant that I couldn’t pack in as many Disney days as I normally would. We didn’t have time to do everything twice, though that would have been my preference. With all the places we wanted to visit along the way, and all the friends we had to catch up with, we were left with only two park days in Walt Disney World. Two! Can you believe it?

Some sacrifices were going to need to be made. Our winter visits knocked out the water parks, which brought us down to the four major ones: Magic Kingdom, EPCOT, Disney’s Hollywood Studios, and Disney’s Animal Kingdom. While I do love park-hopping on longer trips, when you only have two days to pack everything in, spending any portion of it traversing between the different locations seems like a waste to me, so we decided to commit to a single park in each of the two days. It’s a first-world problem; I will give you that, but phew, is it a tough one!

I weighed up the options. Back and forth, thinking of which combinations would compliment each other and which would be a mish-mash of the same-samey feel for a non-Disney nerd like my husband. And then it hit me, one sleepless night with wide eyes from being glued to a computer screen in the dark doing late nite planning. We needed to skip Magic Kingdom.

I can hear you recoiling in horror from here. I know! I am not proud of it. But it had to be done. With a few days planned in Disneyland four weeks later, the two parks had the most in common, and I ran the risk of having the ‘this is exactly the same as the other place‘ conversation where he points out they both have a castle and pirate ride, and I make the mistake of lecturing him on all the specific differences. Long story short, this brought the options down to three.

For months, I intended to stay at the Swan, which would have hinted at the geographically convenient options of EPCOT and Hollywood Studios, both in walking distance and only a boat ride away if exhausted. Having finally rested on Port Orleans Resort- Riverside, that became a little less clear. And really, neither gave enough variation to keep my Disney-deterred partner-in-travel interested. He likes culture, and food, and interesting things; EPCOT! Perfect. There is just enough variety to keep things exciting and some big attractions to keep the kids, and I am satisfied.

Before I knew it, Hollywood Studios was off the table as well, and Animal Kingdom slid into second place as our day two park of choice.

When we arrived, even though it went against everything in my being not to start our time on-site with a castle visit, these two parks ended up being the right decision with opposite theming and experiences to keep everything feeling fresh. Even so, there was a nagging in my stomach that didn’t subside until I found my way to Sleeping Beauty Castle upon entry into Disneyland a few weeks later.

Crisis averted! I didn’t end up arguing over the differences in the various ‘mountain‘ attractions between the two locations, and we were able to spend our days in Disneyland and California Adventure without complaint.

Phew! I feel better now that it is out there. I have been holding it back for a while now. Forgive me? If you only had two days to spend, what would you choose?