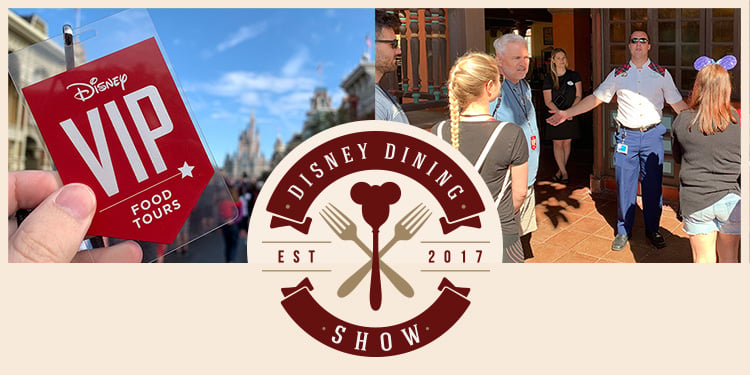 The 3-hour tour around the Magic Kingdom includes tastings of iconic treats and snacks, a behind-the-scenes look at some of the kitchens, and a sample tasting of an item that Disney is currently developing. Two VIP tour guides lead the group throughout the park and are there to answer any questions you may have.

There were a few things about this tour that I enjoyed, unfortunately, there was a lot that I did not. It is important to recognize that this was only the second day Disney offered this VIP experience, so hopefully, it will improve with time. With all that said let’s get into the details.

The food tastings included stops at:

All the food comes in small portions, which makes a lot of sense because you quickly fill up even on these small samples. Everything I had was delicious apart from the Turkey Leg, but that is a personal preference more than anything else. Everything I ate was prepared perfectly. 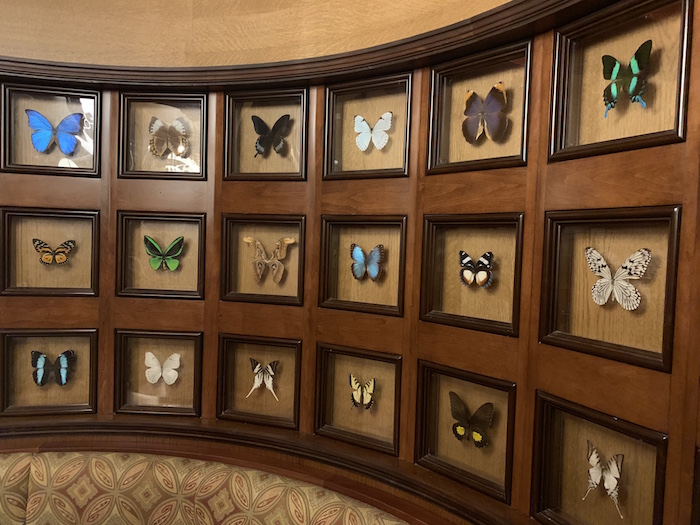 Another highlight was the tour guides. They did an outstanding job interjecting fun facts and history about the food and snacks found at Walt Disney World. My personal favorite tidbit of information they shared with us, was that the butterflies at Skipper Canteen were originally part of Lillian Disney’s collection. As a huge Disney nerd, I thought that was an incredible factoid that I never knew before. The guides also told us that Cosmic Ray’s Starlight Cafe in Tomorrowland is the 3rd busiest restaurant in the world! The guides were rich with this food and restaurant related knowledge, and it showed that they really were experts and were fully prepared to be the guides of this tour. On top of all of that they were incredibly friendly and professional, and everything you’d expect out of top-notch Disney cast members. 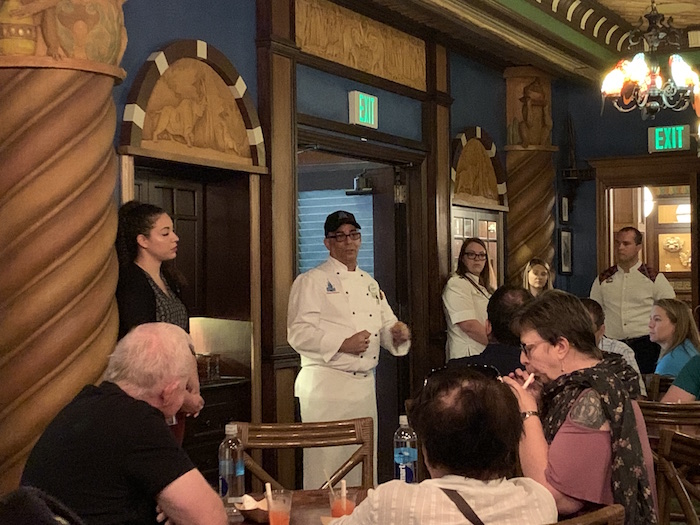 While we were eating our Buffalo Chicken Spring Rolls at Skipper Canteen a chef from the restaurant came outside and answered any questions we might have. There weren’t any ground-breaking questions, but I did think that having the opportunity to ask whatever you wanted to the chef was a nice touch to make the tour feel special. 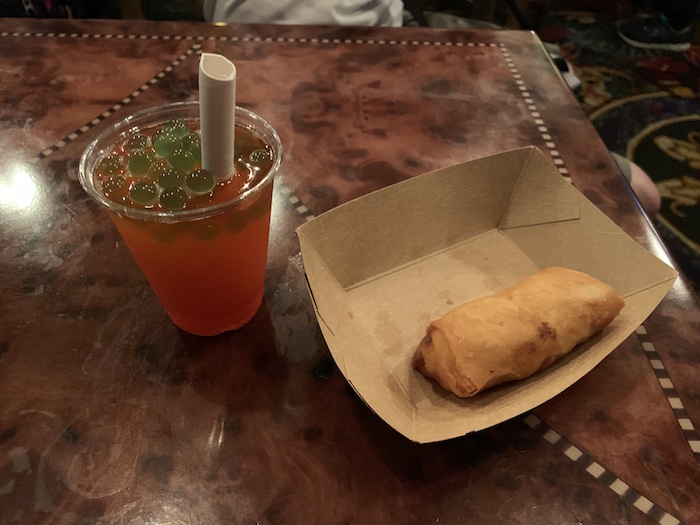 While I enjoyed having a variety of items I wish they would cut down on the number of stops and instead give the guests on the tour more time in each location, if they slowed the pace down a bit I think it would feel more like the VIP experiences it is trying to sell itself as. Eight stops might not seem like a lot, but when you squeeze that into 3-hours it goes quickly. 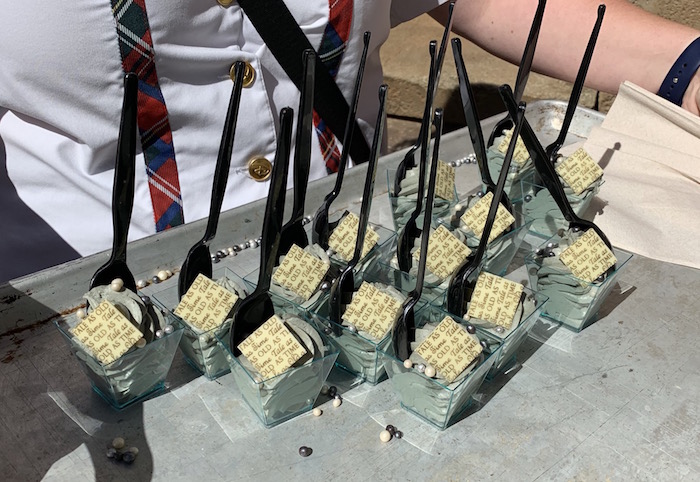 Disney also needs to work on the route that this tour goes on throughout the park. We were constantly in congested areas. Regular park guests were constantly trying to walk through the areas we were congregating it, and it made the entire tour feel unorganized. They either need to limit the tour group size or re-reroute the tour so that it doesn’t stop in these crowded areas. This was especially a problem at the Liberty Square stop and the Gaston’s Tavern stop.

My biggest issue with the tour was that there were no headsets given out. These headsets are common at other Walt Disney World VIP tour experiences like the Backstage Magic Tour and the Key’s to the Kingdom Tour, as a way for the guides to use a microphone to talk to everyone directly no matter if they are standing right next to them or 50 feet away. This wasn’t immediately an issue, but as you start to navigate the park there are times when you can’t possibly be standing right next to the guide, and therefore are missing out on anything he or she might want to share. There were also times when elderly guests of the tour couldn’t hear the guides when were in congested areas because they were competing with the other sounds of the park. 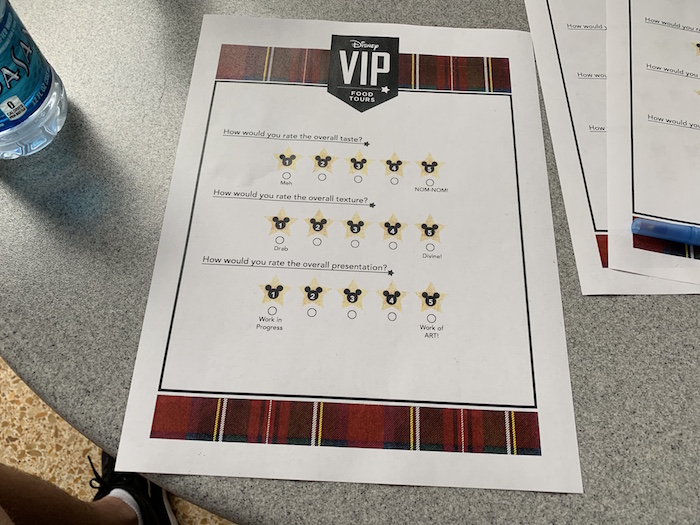 At the end of the tour, we were given the opportunity to try something that Disney chefs are currently developing. They asked us to not share what the item was, or take any pictures, but I can tell you it wasn’t my favorite. We were given a survey to let them know what we thought of the food, and I didn’t score it very high.

Overall I think Disney has a lot to improve on with this tour. Foodies will love the experience if they add headsets and work on re-routing the tour to avoid congested areas of the park, but there is a lot of changes that would have to be made for it to be worth $99 per person in my opinion.