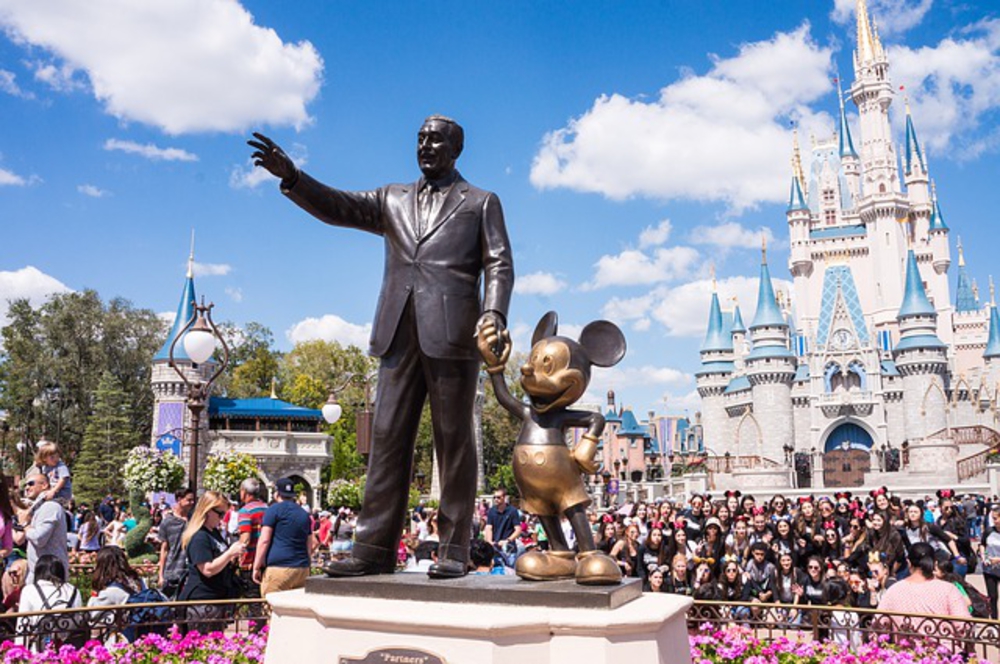 Jerks are as inevitable at Walt Disney World as Dole Whip is to a satisfying visit to the Magic Kingdom. With crowds and expectations come intense emotions and unpredictability that cause tempers to flare and the exit of social norms. The first step in avoiding them is to avoid being one. Anger creates more anger and if we are to return to the utopian theme park Walt Disney originally designed his parks to be, we can all do our part!

Here is the 10 step guide to not being a jerk while visiting Walt Disney World.

The first step begins before you even enter a park. For any out-of-towner who has driven throughout Orlando or Disney property, it can be a little confusing, even with GPS. The traffic, the random construction, the same looking strip mall you’ve passed four times while trying to figure out how to get back on I-4. I know it can be a pain to stay sane, but don’t let your driving ruin your trip or the trip for others.

Use your turn signals, follow the instructions of the cast members offering you lovely guidance throughout your parking experience, and for heaven’s sake, drive to the end of your row to park.

2. Understand How a Security Line Works

Security lines have been a natural part of our world for decades. From concerts to airports and outdoor festivals, security lines and bag searches are something we all have to deal with and Walt Disney World parks are no different. Here are a few tips to get through security without annoying your fellow guests.

Don’t fight with the security staff if they ask to see inside your purse or backpack. Have your bags out for a quick search before getting to the checkpoint. Use both sides of the tables if both lines are open. And, please leave your guns and weapons at home.

Disney parades are a daily occurrence at the parks, especially at the Magic Kingdom. Thousands gather along the route sometimes hours before it starts just to get a front row view of the upcoming parade. This wonderful part of the Disney World experience also attracts some less than polite behavior from guests.

If you’re trying to line up for a parade hours before, go where the cast members ask. The parade route is virtually set in stone and sometimes in the 10-20 minutes before the parade is set to come by your area, you may have to move to make way for others. Just listen and move. If you’re sitting on the ground, please get up.

The big courtesy, however, comes when you are standing and watching the parade. Please don’t put your child on your shoulders. You can hold them at shoulder level or directly in front of you. There are dozens of people behind you who want a good view, including children, who likely can’t see through you and the child on your shoulders.

There is nothing quite as frustrating as trying to walk down Main Street USA or up to Animal Kingdom’s Tree of Life and being jolted by a single person or group suddenly stopping and turning around. Walk through Disney parks with some semblance of your surroundings. Sure, I understand you might not have a perfect understanding of where you are headed throughout the parks, but that doesn’t mean you have to walk in a group six-wide down a walkway blocking others or stop abruptly to have a chat with some of your group without moving to the side.

If you need to stop, head on over to the side of a walkway and look around you. If you see someone you know and want to chat, do the same thing. There are people around you trying to get by and having an awareness outside of yourself and your group at the parks goes a long way to not being a frustrating park guest to be around.

Walt Disney World announced a range of new stroller rules earlier this year that should help with some of the frustrations some guests feel about excessive strollers, but it's always a best practice to avoid being that person slamming into people’s ankles or taking up more real estate than is needed. Try to use the stroller as a tool to part a path forwards for you and your group as oppose to a large group moving as one mass around the stroller.

But the biggest thing you can do to put yourself in the good graces of everyone is to use the stroller parking areas. There are stroller parking lots throughout Walt Disney World parks and resorts. They are a solid place to put your stroller while you go on a ride, wait for a character meet and greet, or head into a restaurant. These are often better places to store your stroller than a walkway, in line, or inside one of the buildings.

Stroller courtesy also goes both ways. If you are faced with a narrow path and a stroller ahead, take a moment and let it pass. It’ll keep the long-term flow of people moving and takes a few seconds of your time.

Character experiences are a hallmark of a classic Disney World visit. But remember these characters are meeting thousands of people in a day. Do not harass them. Do not blame them for having to take breaks. And, do not be creepy with the princesses.

If you’ve been waiting to see Winnie the Pooh and Tigger for more than half an hour in the sweltering heat with a pushy child, just remember how the person in the massive character costume feels. Keep your frustrations in check and ensure that the magic of a character experience is kept safe for everyone around you, even the character themselves. If you're up to it, interact with them. The characters will become more animated and those around you will, too.

Whether it’s a frustrated child or a cast member who just told you that a ride was temporarily closed, yelling at them doesn’t help. It really does make you look like a jerk. There is nothing to be gained from screaming at a child who is going through a tantrum. You are there to enjoy the day, and so often you cannot get through to a kid going through a tantrum by screaming at them.

As well, cast members are there to help and serve. They are not the reason that Peter Pan’s Flight was closed or the cause of the rain falling around you. There are too many times where I’ve seen grown adults throwing their own temper tantrums to the disgust of myself and fellow onlookers, and nothing is gained. Is Disney and its staff perfect all of the time? No, of course not.  But yelling does absolutely nothing. Just keep your voice down and try to move on and have a magical day. You can’t control what happens around you, but you can control how you react.

8. Remember Please, Thank You, and Sorry

Maybe it’s because I’m Canadian, but common politeness takes a noticeable backseat when I venture down to Orlando. If someone holds a door open, just say thank you. I know the kind person didn’t just save your life, but little acts like this should be recognized and appreciated. The same goes for when you are interacting with a cast member. They are there to serve, but they are not servants. Please and thank yous are simply polite and may add a little magic to everyone’s day.

If you accidentally bump into someone in line or with your stroller, say sorry. It might not make the person you hit completely happy, but acknowledging something goes a big way in a world that has lost its civility and replaced with a Hunger Games, survival-of-the-fittest mentality where politeness is only seen as weakness.

It should be no surprise that this is on here. Don’t cut in line. So many of Walt Disney World’s experiences involve waiting in line whether it’s for a ride, food, the restroom, or a mode of transportation. Cutting in line is more than rude, it is the breaking of a social contract that keeps our society from descending into utter chaos.

Sure, I understand if you’re holding your family’s spot in line at a counter service restaurant or a parent had to run back to the stroller to grab something, but don’t let 15 of your friends parade to the front of the line just because you were saving their spot. Please no. Just don’t do it.

10. Know that No One is Out to Ruin Your Trip

A lot of us who have visited Walt Disney World several times have likely overheard this sentence, “Thanks, you’ve just ruined my trip.” No one is out to make your life more difficult while at Walt Disney World and make you regret spending your money there. The ride that broke down isn’t the end of the world. Is it frustrating? Absolutely, but keep moving and find something else fun to do. You’re in Walt Disney World; there's always something else to do!

You are in control of your emotions, your actions, and your reactions. The cast members throughout Disney are there to make sure you have a wonderful time. Some are naturally better at their jobs than others, but most are trying to ensure you have a safe and enjoyable experience.

So as you walk around the parks and are inevitably knocked into by a loud guest or given the notice from a cast member that Flight of Passage is temporarily down, it is not the end of the world. There are jerks out there, and challenges outside of your control. The key is to not become a jerk yourself.