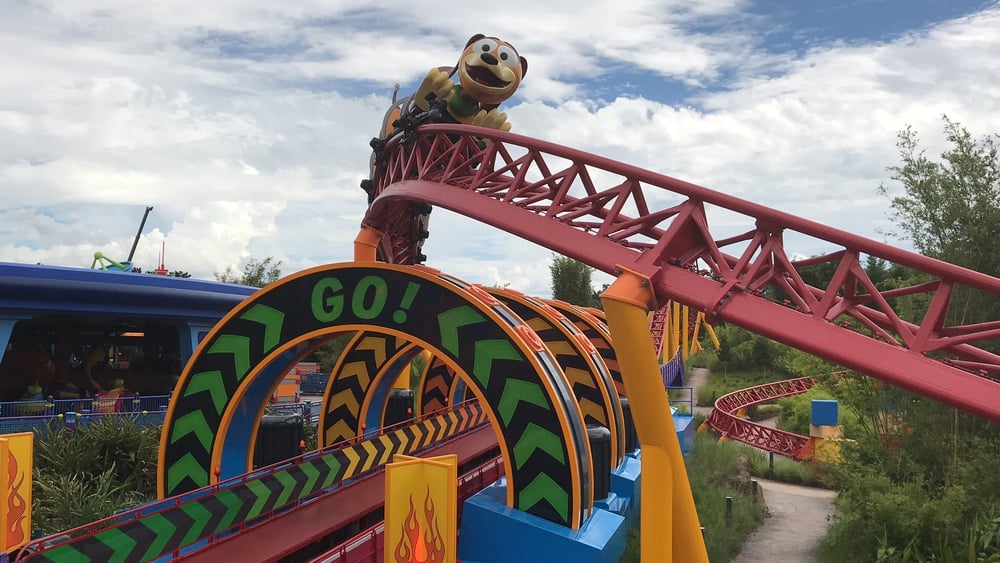 There have been many changes in the past few months to the My Disney Experience app. I am not a fan of some of the changes, which worried me about the changes coming to the Disability Access Service (DAS) system. Recently at Hollywood Studios, I used my DAS pass, learned the new ways to book return times through the app, and spoke to Guest Relations about the video chat feature.

Once I entered Hollywood Studios, I immediately turned to the left and made my way to Guest Relations because it was time to renew my Disability Access Service pass. The DAS pass expires after 60 days, so every 60 days, the service has to be renewed. As I renewed my service, I was asked, “What is hindering your ability to participate in the standby queue?” Not every cast member asks this, but sometimes they do. I let the Guest Relations cast member know that my anxiety and chronic pain impact my ability to use the standby line. She was very kind to move me to the side and make the conversation private so that others wouldn’t hear what was going on. I asked her about renewing online and how that would work. She said I would have to use the chat system but that at the moment, that team is understaffed. Due to that team being understaffed, the response time is slow. They let me know that coming to Guest Relations is preferred to renew the DAS pass because they can help guests more quickly than the online tool. Once my DAS was set up, she had me open the My Disney Experience app to show me how to make my selections. This part was easy.

You have to open the app and head to the tip board tab to make return time selections. Once you are in the tip board area, change the park to your current park. For me, I changed the park to Hollywood Studios, and she told me to click the standby wait time for an attraction that I’d like to experience. Once I selected the attraction that I wanted to experience, Slinky Dog Dash, it brought me to a new page that showed information about the ride, and on the left side of the page, there was a section labeled “DAS Return Time.” Under that, it showed the next available return time for that attraction. If that time works for you and your party, then the next step is to select that return time. The next page it takes you to is a confirmation page to confirm who will be riding the attraction and the time. Once the confirmation is completed, you can continue to go about your day until it’s time to go to that attraction. After I selected Slinky Dog Dash, I had an hour to explore the park. I met Vamperina and Doc McStuffins in the Animation Courtyard outside of the Disney Junior Dance Party. I also saw all of the Christmas decorations and challenged myself to find all the gold statues.

When the time came to enter the attraction, I scanned my ticket media, and cast members directed me down the Lighting Lane. After scanning in, I went on the app, and it allowed me to make a new return selection since it registered that I had just scanned into Slinky Dog Dash. I was able to pick Rise of the Resistance. After getting off Slinky Dog, I had about an hour and a half until my return time for Rise of the Resistance. While waiting for the return time, I had dinner at Sci-Fi Dine-in, which was fantastic, and by the time dinner was done, it was time for my next ride. Even though it was time for the next ride, it started to get cold, so I decided to go home. If you miss a return time, you won’t get penalized or anything like that. I was amazed at how easy it was to make the selections, and it made me want to come back to the parks more often. Making the selections through the app helped ease my anxiety about going up to cast members at each attraction. It helped minimize the walking back and forth. I have to do a lot of sitting or stopping throughout my park visits because of my chronic pain, so this helped. The time between attraction return times gives me a chance to relax and take it easy instead of racing to the other side of the park to get a return time.

From what the Guest Relations cast member told me, I will avoid the online chat system until they get enough staff to run it efficiently and smoothly. Everything else about the system worked well, and it made my trip to the park feel stress-free. I’m glad that Disney made changes to this system because now it’s even more accessible than before, especially for those with mobility limitations or non-visible disabilities.