What to do in Star Wars: Galaxy’s Edge When it’s Crowded 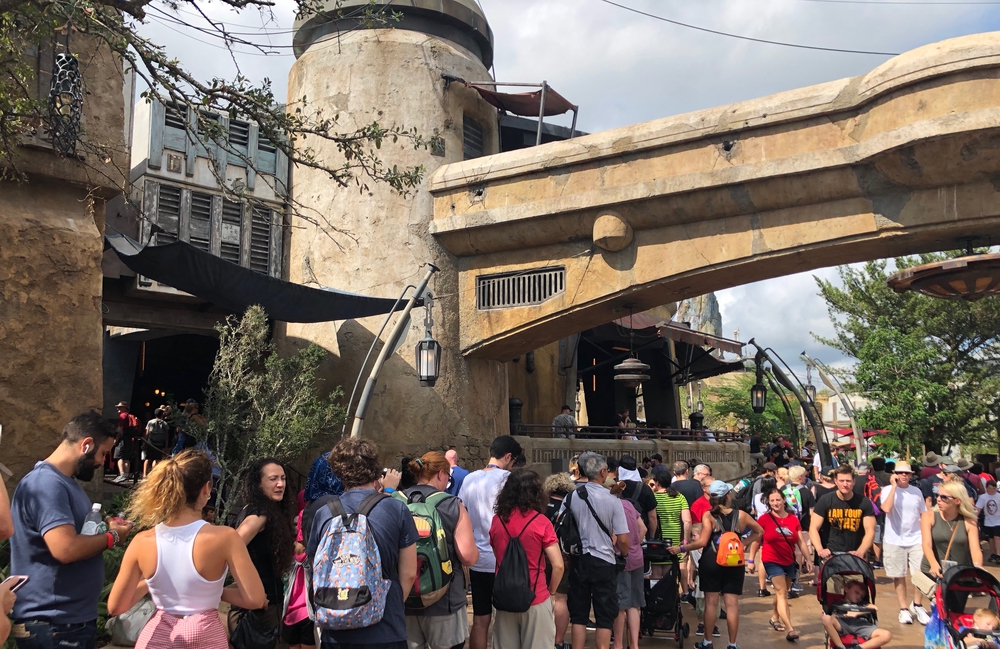 Star Wars: Galaxy’s Edge opened last week in Disney’s Hollywood Studios, and, needless to say, opening day was incredibly exciting. And, of course, it was also incredibly crowded. In my mind, for me to think that a brand-new land at Walt Disney World would be anything but slammed on opening day would be setting myself up for disappointment. And, if you’re coming to visit Batuu in the foreseeable future, you might experience similar crowd levels. Let me help you think through some ways that you and your traveling party can enjoy Black Spire Outpost even when crowd levels are high. 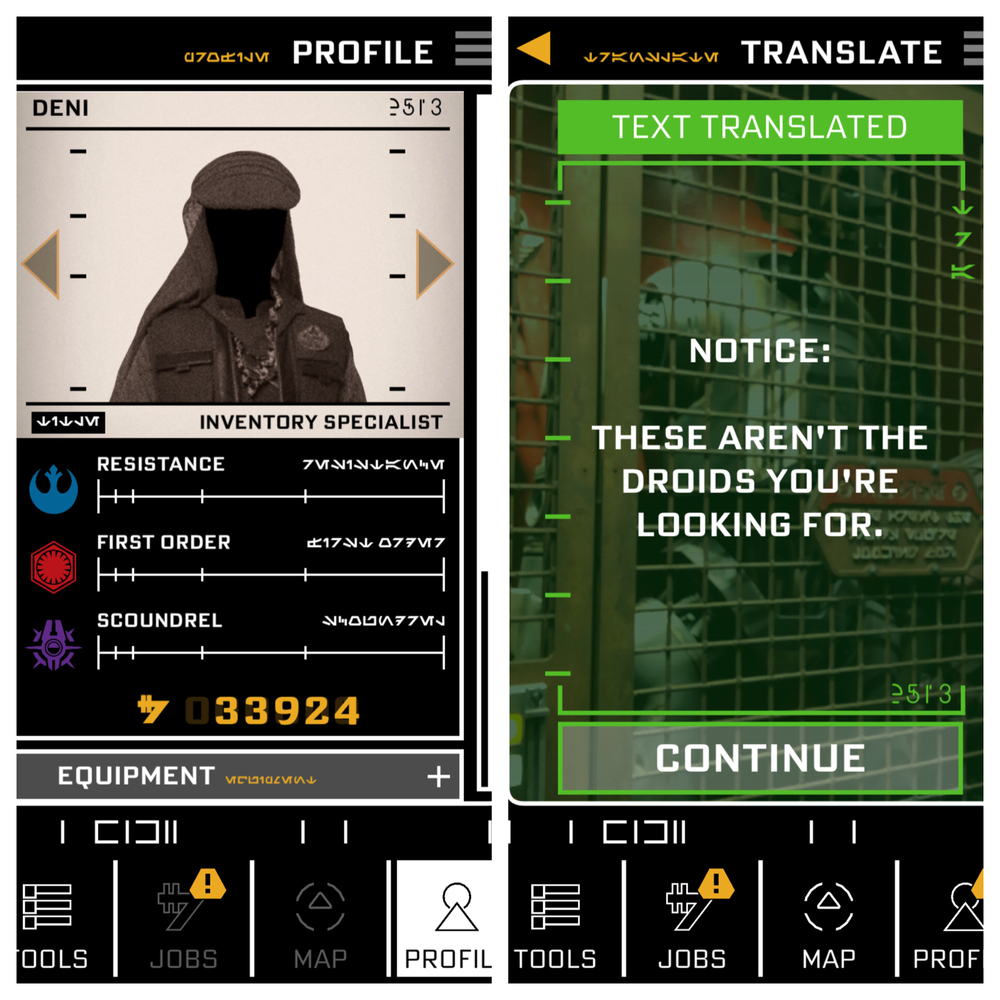 When you’re on Batuu, your smartphone becomes your datapad. Before your visit to Star Wars: Galaxy’s Edge, be sure to download the Play Disney Parks app. If you open the app while you’re in Black Spire Outpost, the app will recognize your location, and will invite you to begin using your datapad. The datapad feature in the app looks different than the normal app features do, and, depending on your location within Galaxy’s Edge, the app will offer you different ways to interact with the land around you. You can translate signs from Aurebesh into English, you can hack door panels and droids, you can earn achievements, and you can help the either the Resistance or the First Order (or both!) take control of Black Spire Outpost. While waiting in line for Millennium Falcon – Smugglers Run, you can complete spy training with Hondo Ohnaka, and how well you and your fellow smugglers do on the attraction impacts your datapad credit total. I love that.

Utilizing the datapad is a fun way to interact with elements throughout Batuu. By completing a maze or puzzle, you can make the moisture vaporator just outside of The Market power down, make the droids outside of the Droid Depot whir and beep, and make lights on door access panels throughout the land blink. The datapad activities are a wonderful way to spend time if the wait time for Smugglers Run is high, or if you can’t or don’t want to ride the attraction. The datapad activities can be shared between the members of your traveling party if you have between 1 and 4 people, and guests of all ages can work together on the tasks to complete missions.

Keep in mind that using the datapad functions will drain your phone’s battery. If you’re planning on using the datapad features for an extended amount of time, be sure to bring a portable charging device, or stop by and purchase a FuelRod at one of their in-park locations. 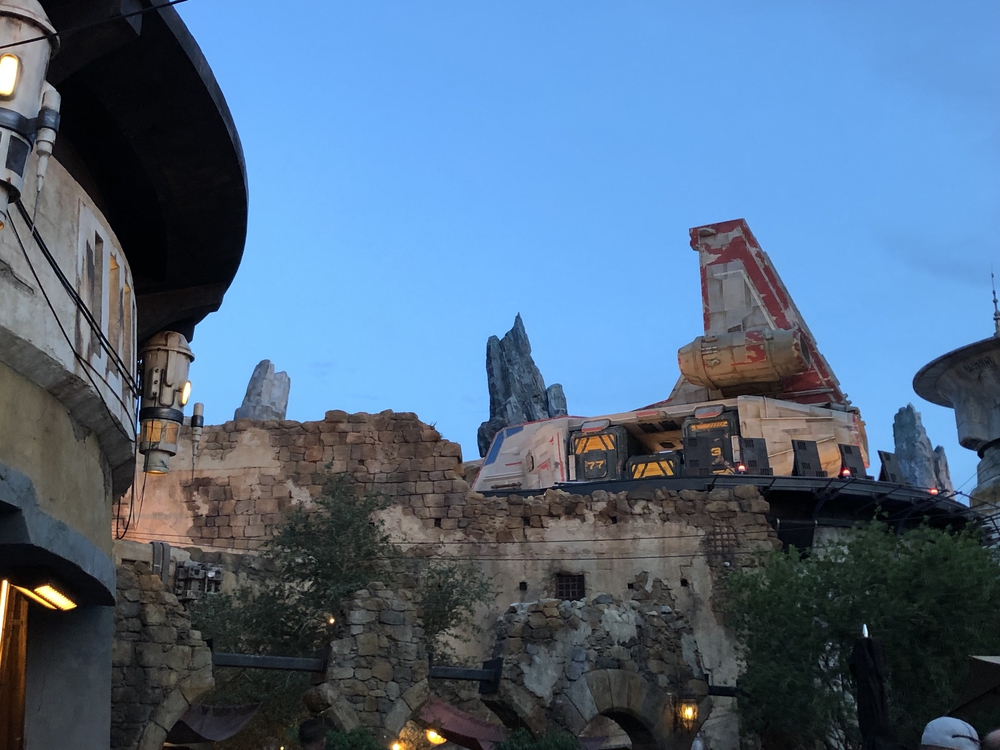 Slow down and look around. Sometimes, when crowds are their highest, you’re forced to take things a bit more slowly than you would want to. That can be very frustrating, but it can also be a hidden blessing. When we slow down, it gives us the chance to notice things that perhaps we hadn’t before or that we wouldn’t have if we were racing toward the next big thing. If crowds are high in Galaxy’s Edge, I encourage you to stop and look around. Check out all of the incredible practical effects that the Imagineers have filled the land with. There’s so much to be seen at every turn, and there’s sure to be something that will intrigue Star Wars fans of all types.

As you may know, the Disney Imagineers like to put details that honor former attractions that were previously housed on the land on which new lands are built. A large portion of the land that Star Wars: Galaxy’s Edge now sits on at Disney’s Hollywood Studios was previously used as the Streets of America. Stop and take a look around and you might just see a dedication that honors an attraction or two that was once on this land. There are also ways that the Imagineers paid homage to the Star Wars films themselves. Look up at the ship that has landed at Docking Bay 7, and you might see three numbers that tie into the original Star Wars trilogy. There are unique items everywhere you turn in Star Wars: Galaxy’s Edge, and higher crowds might give you the chance to stop and really soak in those details. 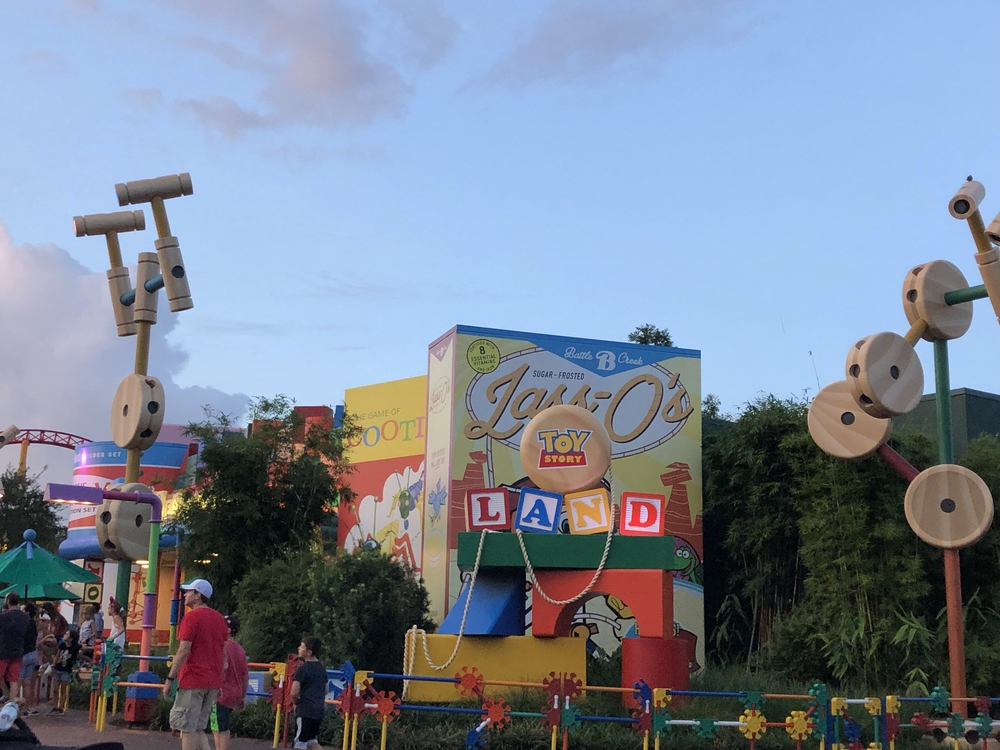 Take in a new view. Another set of details that we can see now that Star Wars: Galaxy’s Edge has opened is the entrance to Toy Story Land that leads from Black Spire Outpost. This entrance was originally blocked off during the construction of Galaxy’s Edge, and, now that the new land is open, guests are able to enter and exit from Black Spire Outpost into Toy Story Land. We now have the opportunity to see the other Toy Story Land sign, as well as the amazing Lass-O’s cereal box, popsicle stick gates, and other fun details. 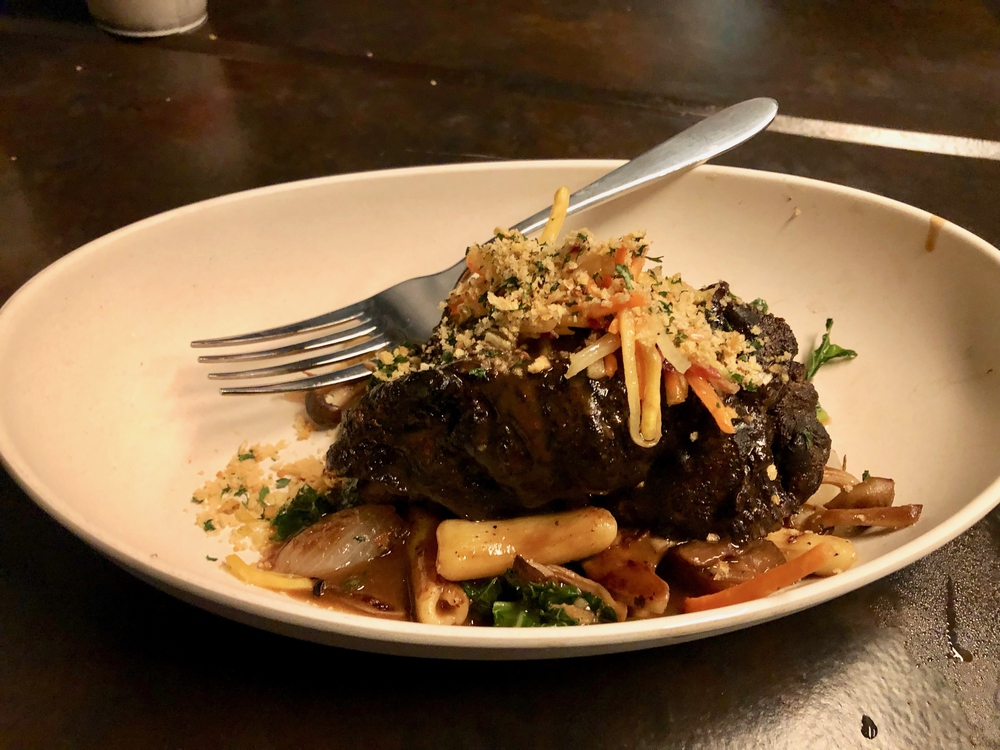 Grab a bite that’s out of this world. I know that this may seem like a no-brainer, but if you’ve looked at the menus from the eating establishments in Star Wars: Galaxy’s Edge and felt nervous when you didn’t see familiar items, let me assure you that some of these offerings are familiar things you might eat all the time, just not necessarily in a theme park. On a crowded day, duck into Docking Bay 7 Food and Cargo and grab a little something to eat, and a little air conditioning. I recommend the Braised Shaak Roast. It is an amazingly tender piece of pot roast on cavatelli pasta with mushrooms and wilted kale. Granted, at $18.99, it is more expensive than most counter service meals you will find on Walt Disney World property. But, I have had it three times on my visits to the outpost, and I can say that it is truly fantastic. 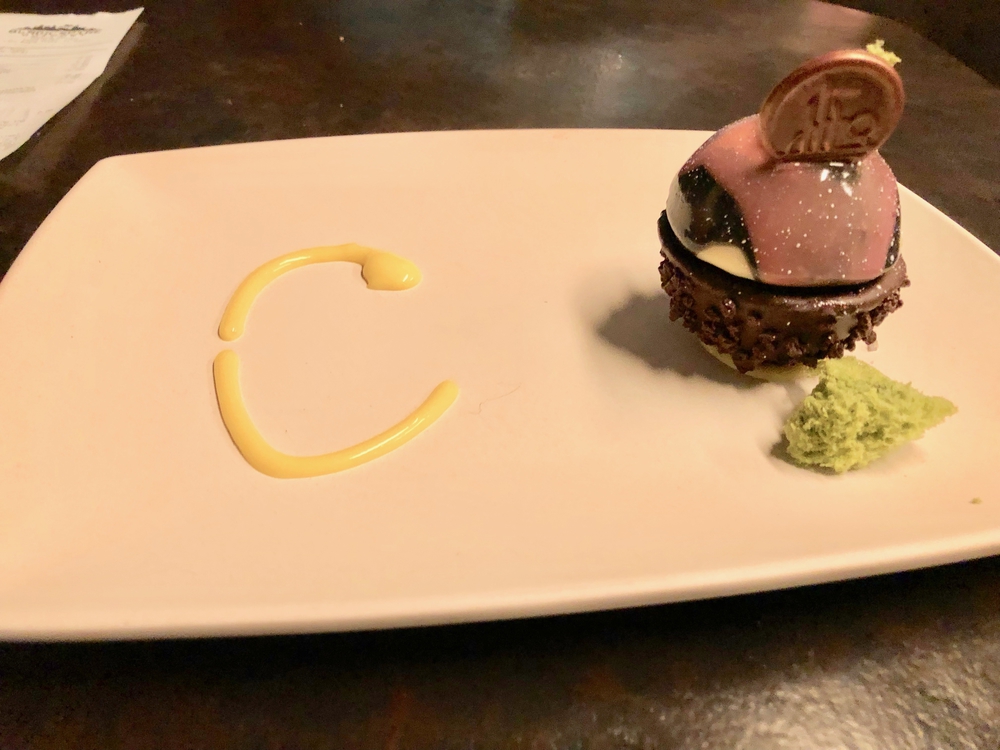 While you’re at it, have dessert, too. The Batuu Bon is a combination of chocolate cake, chocolate mouse, and coffee custard. I encourage you to take a closer look on a busy park day at the food offerings, and enjoy some of the delicious recipes that have been created for this new world. They’re a departure from your standard theme park fare, and, in my book, that’s a great thing.

I know that busy park days can be frustrating, but, if you’re open to having adventures of a different variety, even a day when the crowd level is high can be a wonderful one.