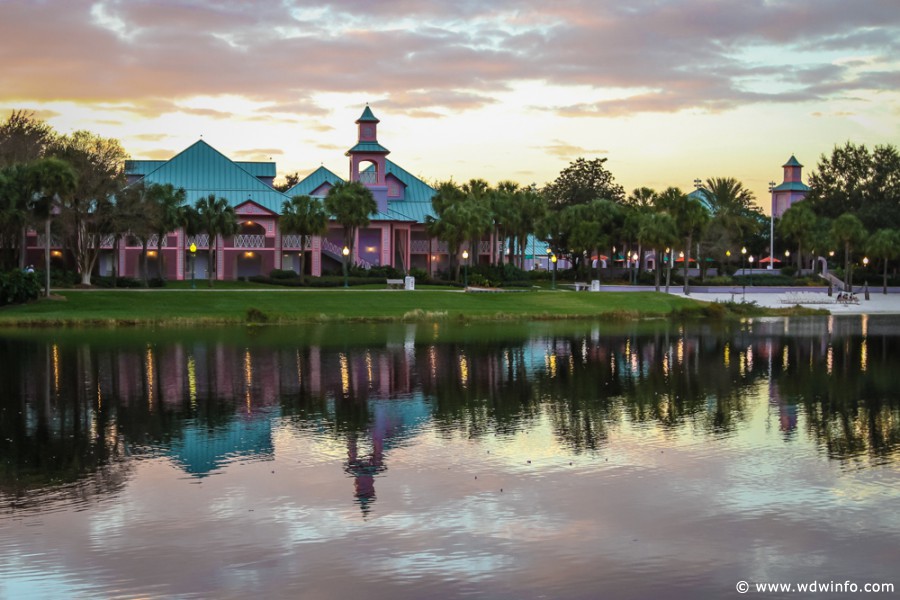 Disney Resorts are famous for offering different modes of transportation for guests to travel to theme parks and even Disney Springs. However, a direct link to a theme park has always been held as one of the great perks of staying Deluxe. This gondola rumor, as it has not been confirmed yet by Disney, would allow Caribbean Beach guests to have a direct link to not only Epcot but also Hollywood Studios. Adding a Moderate into that category would devalue the Deluxe Resorts that boast Monorail and Boat transportation as alternatives to theme park buses. Disney would be foolish not to capitalize on the huge revenue potential (they do everywhere else).

With the soon-to-be additions of Toy Story Land and Star Wars Land at Hollywood Studios, this park will become overwhelming popular. Guests staying a quick boat ride or gondola ride away would most likely be willing to pay a premium for the easy access to these new lands. As of today, all existing Disney resorts that offer non-bus transportation to Hollywood Studios (BoardWalk, Beach Club, and Yacht Club) are all Deluxe.

Disney Parks Blog announced “changes are on the horizon at Disney’s Coronado Springs Resort over the next two years”, which includes the construction of a new 15 story tower with over 500 rooms. So early to mid 2019… Just in time for the completion of Star Wars Land, and the influx of guests wanting to stay to see the land. However, if Disney is to convert Caribbean Beach Resort to a Deluxe Resort, the new tower at Coronado Springs (which sits about equally distant from the main gates of Epcot and Hollywood Studios) will become  a very attractive option for everyone that has been staying there over the years that, for one reason or another, won’t be willing or able to pay Disney Deluxe pricing.

With rumors swirling that the next Disney Vacation Club (DVC) property is to be built at Caribbean Beach Resort, I don’t think DVC would want to cheapen their brand by building at a Moderate Resort. To date, all DVC properties are either attached to Deluxe Resorts (i.e. Grand Floridan and BoardWalk) or are their own standalone Deluxe Villa Resorts (i.e. Old Key West and Hilton Head Island). If DVC were to build at a Moderate, I doubt the buy-in would be any cheaper, as they don’t want to dilute the brand they have built, thus the only way to offer a “Moderate DVC Resort” would be to charge less points per night. However, that is kinda already a thing, as the older DVC resorts are less points to stay at and I doubt a “Moderate DVC” would be priced cheaper than Old Key West.

According to Disney Parks Blog “Disney’s Caribbean Beach Resort will be reimagined with new additions to the resort’s current marketplace, Centertown, including new waterfront dining and retail shopping areas.”  This very much sounds like a Deluxe experience in and of itself. This to me sounds as if it could be very similar to the Boardwalk at Disney’s BoardWalk Resort, maybe along with the additions Caribbean Beach would add some street vendors/performers at night to bring a nightlife similar to BoardWalk.

Only time will tell if these hints could lead us to a reality where Caribbean Beach Resort is converted to a Deluxe Resort. What do you think? Do you think I am on to something, or completely off base linking all this together?