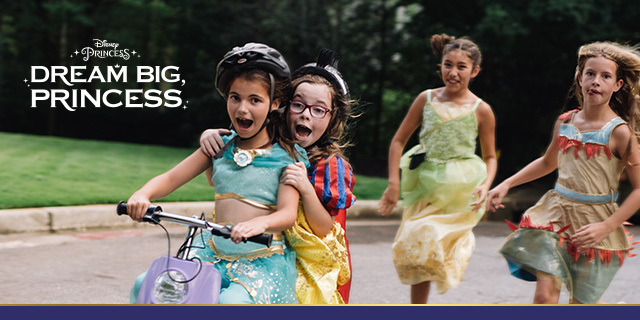 The Walt Disney Company announced on Monday that it would be launching #DreamBigPrincess, a new project that will give 21 talented young women from around the world an opportunity to create digital shorts focused on female role models and their inspiring stories.

Each participant will be paired with inspirational and successful female subjects from a variety of professions like Academy Award-winning Jennifer Lee. The CCO of Walt Disney Animation Studios and director of Frozen continued on to say that “the #DreamBigPrincess series is the perfect extension of that vision, providing a powerful platform for the next generation of aspiring filmmakers.”

These aspiring filmmakers will be able to interview their subject and tell their incredible stories through their own personal digital short. These established women can mentor, guide, inspire and offer advice for achieving success to these brilliant, up and coming filmmakers.

To empower these talented young women, Disney teamed up with Girl Up, an initiative of the UN Foundation. Girl Up is currently launching a campaign to raise up to $1 million in donations. Through this collaboration, Disney Worldwide Services will donate $1 to Girl Up for every like or share on any #DreamBigPrincess video or photo on Facebook, Twitter, and Instagram.

Disney will donate a minimum of $500,000 and a maximum of $1 million. The donations will take place between October 10th and November 20th.

Girl Up Co-Executive Director, Melissa Kilby stated that “the resources provided by Disney to empower girls and help them learn about the importance of storytelling will give them the confidence they need to achieve their own goals and advocate for others.” She went on to say that Disney’s donation from last year allowed Girl Up to more than double its amount of Clubs outside the US.

Disney is also teaming up with Apple and Summerjax for #DreamBigPrincess. The filmmakers will shoot their videos on the iPhone X and edit them with Final Cut Pro X on MacBook Pro. Female-led company, Summerjax, will also help mentor the participants and foster creative inspiration. The young women will be able to partake in workshops held by both companies and will receive ongoing mentorship from Disney, Apple, and Summerjax even after they return home.

The digital shorts are expected to be released across Disney’s social media platforms in October.