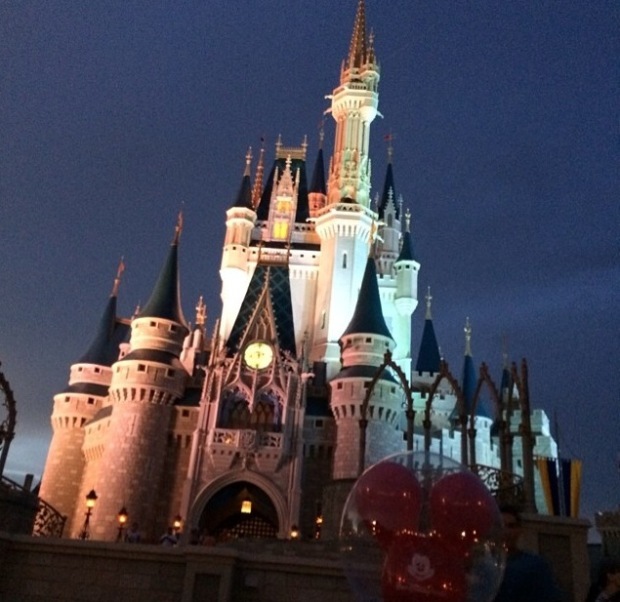 One of the benefits of staying at a Walt Disney World resort hotel is the opportunity to take advantage of "Extra Magic Hours". What is this "Extra Magic" I speak of? Every day, one Walt Disney World theme park stays open an additional one to two hours, or opens an hour early. During these hours, only Disney resort guests are allowed to enjoy select attractions. From the Spring of 2010 to fall of 2013, Extra Magic Hours were the best part of my Walt Disney World vacations. The parks were empty, and nothing was standing between myself and Space Mountain! Aside from the family taking their time as my Converses skim the back of their clean vacation-ready tennis shoes, of course! I could ride all of my favorite attractions multiple times before the lines started to build up. What an exhilarating experience it is to be one of the first people to walk down Main St. USA in the morning, or the last to leave at night. We would always visit the parks according to which park had some extra magic to offer that day. Extra Magic Hours have always been considered our favorite benefit to staying on Disney property. Why are they no longer extra magical? Overall, I still believe that Extra Magic Hours are a nice perk for resort guests. I recommend taking advantage of the hours to enjoy extra park time, however, I would not count on lines being any shorter. Consider visiting attractions that are not as popular, shopping, or enjoying a Mickey bar during this time!