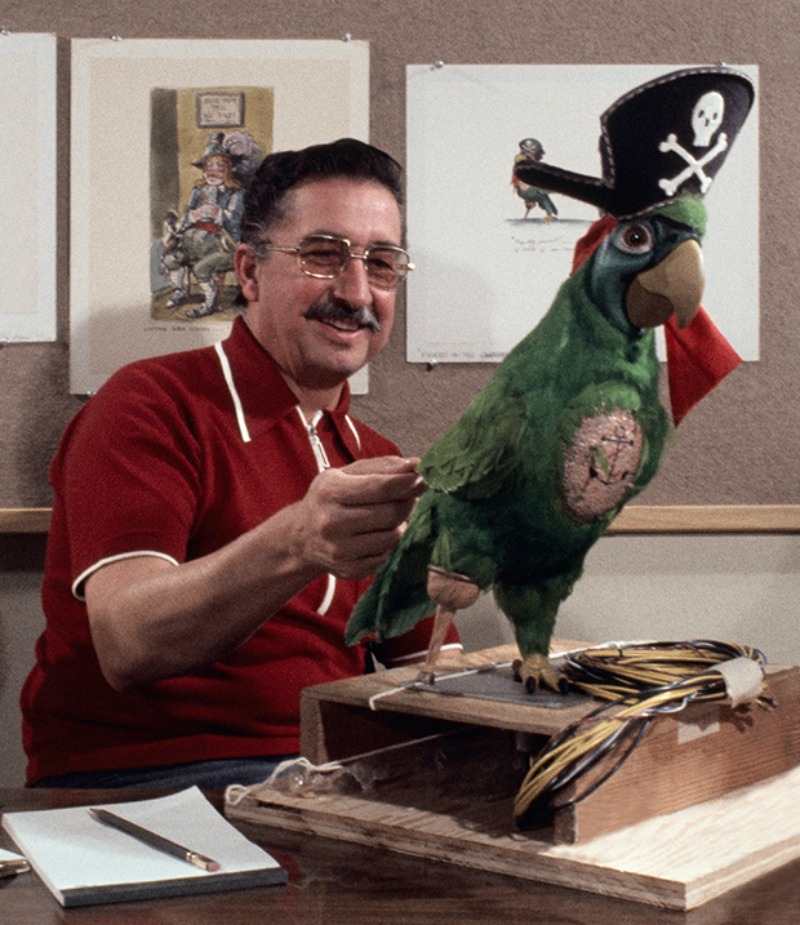 ShareTweetSubscribe
Disney Legend Xavier “X” Atencio, a former Imagineer and Disney animator who helped bring the beloved Pirates of the Caribbean and Haunted Mansion attractions at Disneyland to life, has passed away at the age of 98. X, as his friends called him, worked for Disney from 1938 to 1984. X left the studio briefly during World War II as he joined the Army Air Corps. X saw his own work on screen at the 1940 premiere of Pinocchio, and as he watched, he was moved by the audience’s reaction. X then moved toward working on short films such as Toot, Whistle, Plunk, and Boom in 1953, Noah’s Ark in 1959, A Symposium on Popular Songs in 1962, Jack and Old Mac in 1956, the I’m No Fool series for the original Mickey Mouse Club, and in the 1960s, X provided the stop-motion sequences for Disney feature films The Parent Trap and Babes in Toyland in 1961 and Mary Poppins in 1964. At Walt Disney's request, X was transferred to WED Enterprises (later Walt Disney Imagineering) in 1965 to work on the Primeval World diorama for Disneyland. X was unsure of the move to WED at first stating, “I went over there reluctantly because I didn’t know what I was getting into, and nobody there knew what I was supposed to do either,” he recalled. “About a month later I got a phone call from Walt. He told me ‘I want you to do the script for the Pirates of the Caribbean.’” From that point on, X cemented his legacy at WED, playing a key role in the development of music and dialogue for the attraction, including co-writing the iconic song, “Yo Ho (A Pirate’s Life for Me).” For the Haunted Mansion, he wrote the attraction’s dialogue and co-wrote the song “Grim Grinning Ghosts.” For Walt Disney World, he contributed to If You Had Wings and Space Mountain at the Magic Kingdom, as well as Spaceship Earth, World of Motion, and the Mexico pavilion at Epcot. Throughout his career, X always said that his reward, as it was in the days of Pinocchio, “is still the audience’s reactions.” “X was an enormous talent who helped define so many of our best experiences around the world,” said Bob Weis, president of Walt Disney Imagineering. “Some may not know that when he wrote the lyrics for ‘Yo Ho’ he had never actually written a song before. He simply proposed the idea of a tune for Pirates of the Caribbean, and Walt told him to go and do it. That was how X worked—with an enthusiastic, collaborative attitude, along with a great sense of humor. His brilliant work continues to inspire Imagineers and bring joy to millions of guests every year.” X retired from Disney in 1984 but continued working as a consultant to Walt Disney Imagineering for many years. X was inducted as a Disney Legend in 1996. X is survived by his wife, six children and stepchildren, and nine grandchildren. Source: Disney Parks Blog
ShareTweetSubscribe