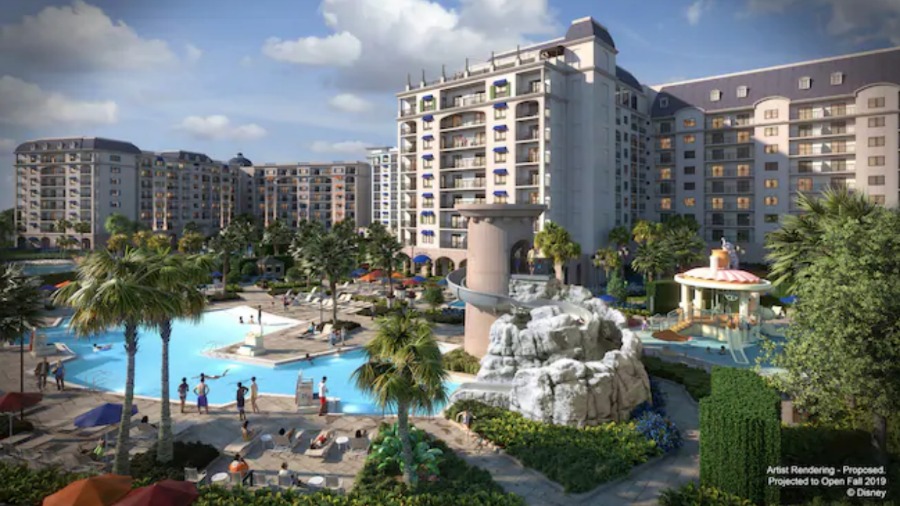 Disney’s Riviera Resort is now accepting room-only and package reservations for stays beginning December 16, 2019. This new Resort will be the 15th Disney Vacation Club resort and will immerse guests “in the grandeur and enchantment of the European Riviera.” 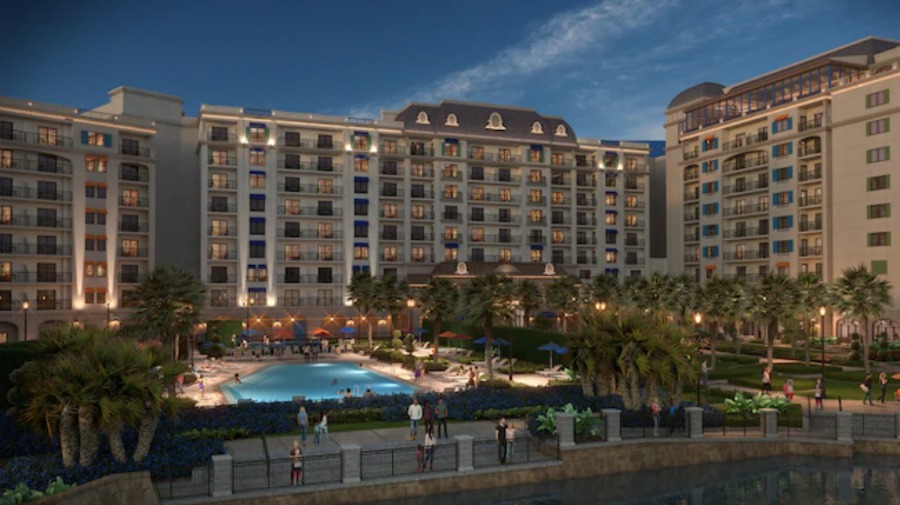 The deluxe resort is slated to offer approximately 300 family-friendly vacation homes, including deluxe studios, one- and two-bedroom villas, and grand villas that sleep up to 12 guests each. 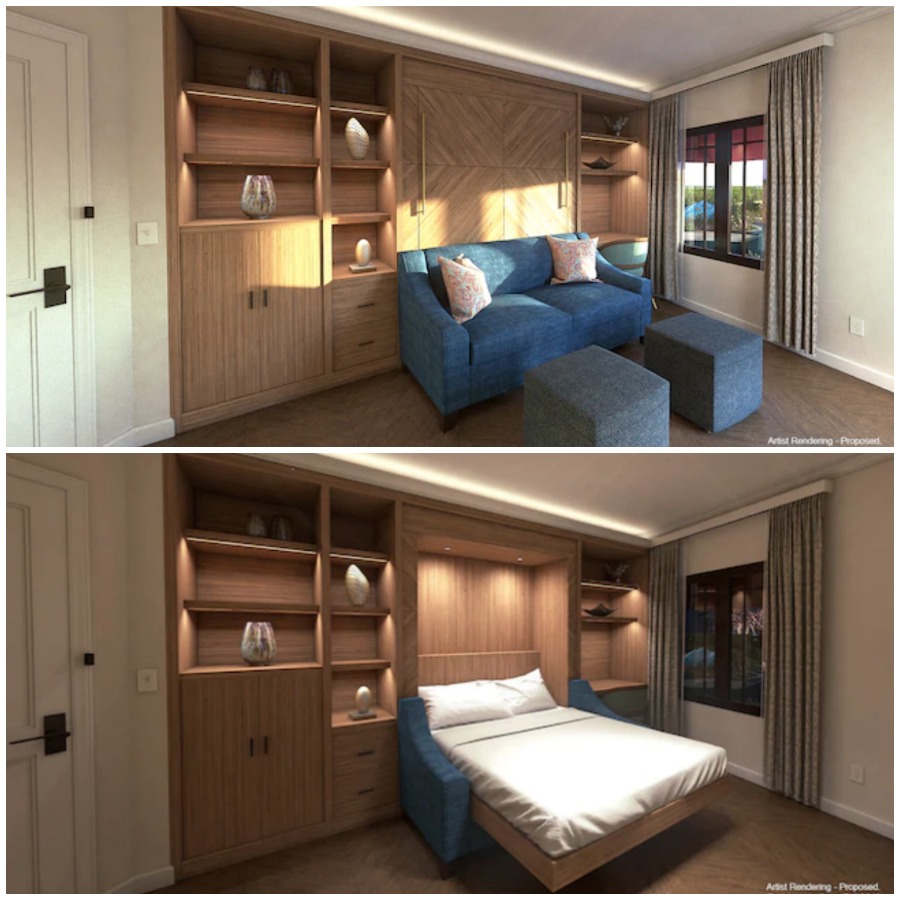 Adding to these accommodations will be an all-new room category — Tower studios — which sleep two guests each. Each tower studio will include a private balcony with scenic views and seating for two, offering couples a more intimate, modern setting. 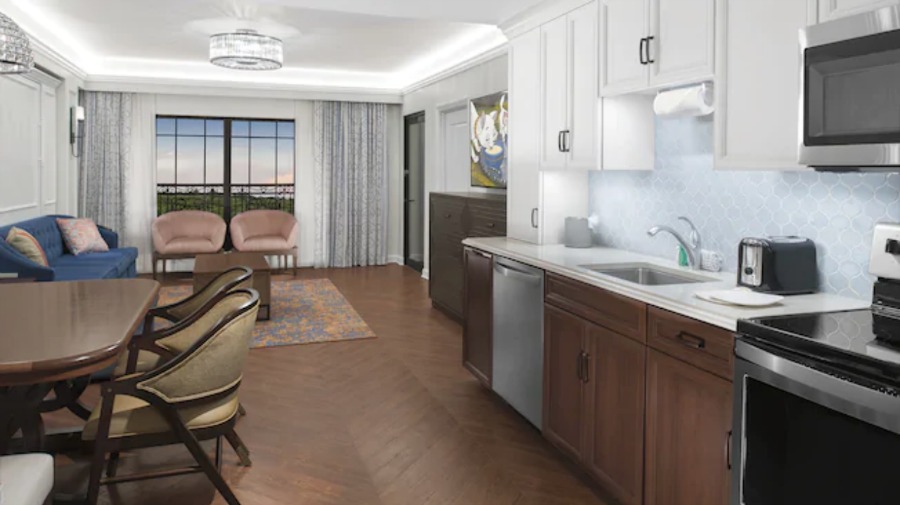 The deluxe studios, which sleep five, will also feature kitchenettes. One-bedroom, two-bedroom, and grand villas will feature, fully equipped kitchens with dining space open to a living area. Villas will also feature an en-suite luxury bathroom, including a freestanding soaking tub and walk-in shower, a private porch or balcony, and a laundry area with a washer and dryer.

The artwork found throughout the resort will give a nod to favorite Disney characters. 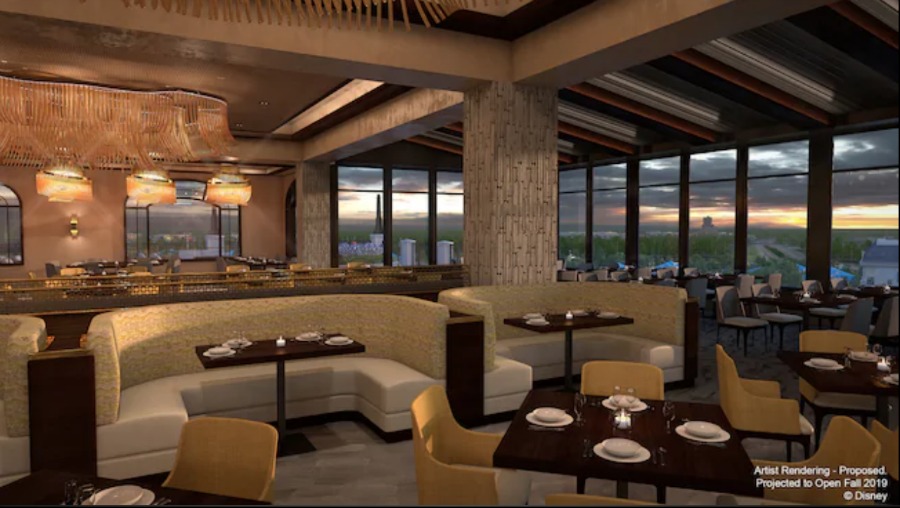 The new rooftop, signature table-service restaurant will be called Topolino’s Terrace – Flavors of the Riviera as Topolino is the Italian name for Mickey Mouse. The restaurant will feature authentic dishes infused with French and Italian flavors and will offer views of the nighttime fireworks spectaculars of Epcot or Disney’s Hollywood Studios. Additionally, guests can begin their day with character dining at breakfast can visit Topolino’s Terrace for Disney character dining inspired by the Riviera. 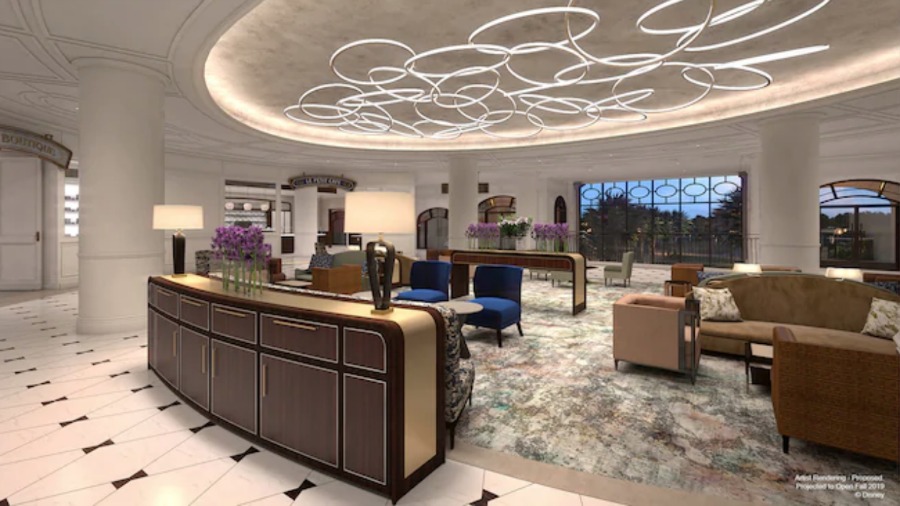 Other dining options at the resort will include Le Petit Café, a lobby locale with coffee by day and a wine bar by night. The new quick-service location, Primo Piatto, is “reminiscent of chic dining venues found along Riviera promenades.” This restaurant will be located near the feature pool, and Bar Riva, the resort’s open-air pool bar. 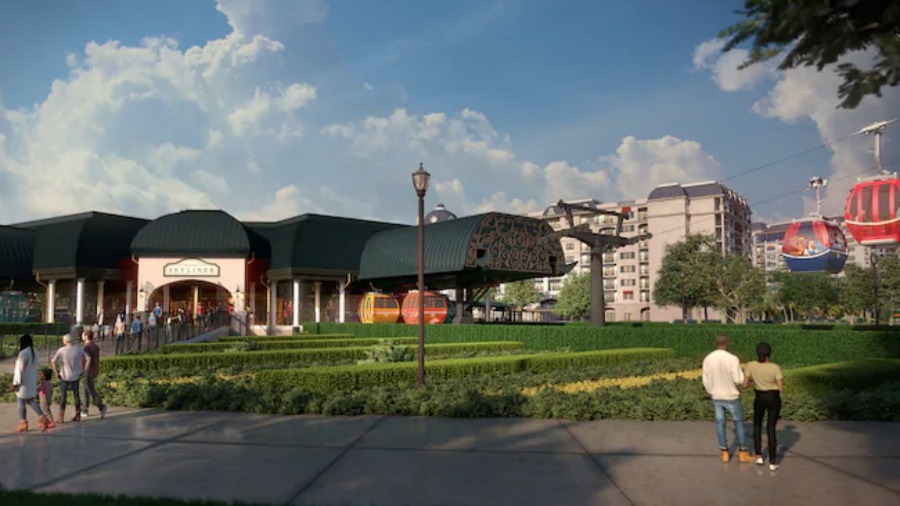 Guests staying at Disney’s Riviera Resort will also have a new way to travel to Epcot or on to Disney’s Hollywood Studios via Disney Skyliner, a state-of-the-art gondola system that will begin operating this fall. In addition to a dedicated Disney Skyliner station at Disney’s Riviera Resort, the system will conveniently connect Disney’s Hollywood Studios and Epcot to Disney’s Art of Animation Resort, Disney’s Pop Century Resort, and Disney’s Caribbean Beach Resort.