The Walt Disney Archives has announced that an all-new exhibit, Walt Disney Archives Presents Heroes and Villains: The Art of the Disney Costume, is coming to the D23 Expo this year. This new exhibit will include over 70 costumes from 55 years of Disney films and television shows such as the classic Mary Poppins to the current live-action Aladdin.

Guests will enter the Cinderella’s Workshop gallery which will have dresses on display from her numerous Disney incarnations such as 1997’s Rodgers and Hammerstein’s Cinderella; the gown worn by Scarlett Johansson for Annie Leibovitz’s 2007 Disney Dream Portrait series; 2014’s Into the Woods; the 2015 live-action reimagining of the animated masterpiece Cinderella; and the ABC hit series Once Upon a Time. 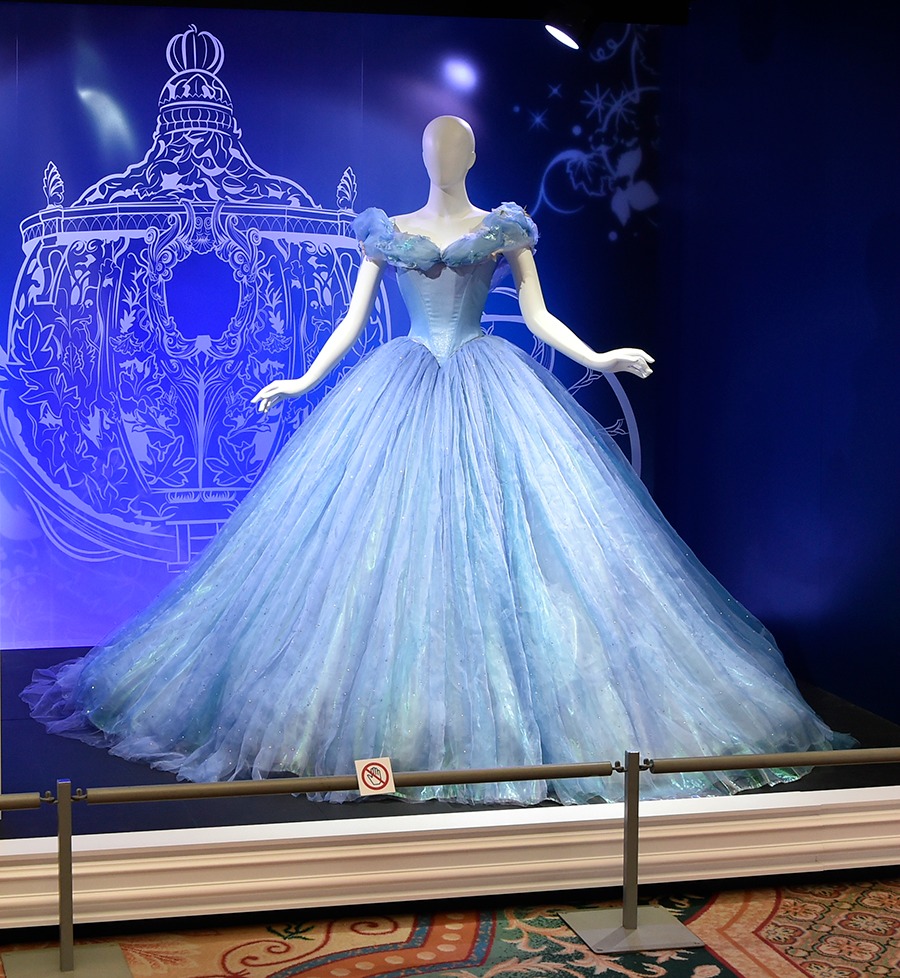 The main gallery will be divided into three parts: Disney Heroes, Disney Villains, and Spaces Between, “reserved for the antiheroes whose fascinating journeys make them among Disney’s most complex characters.” 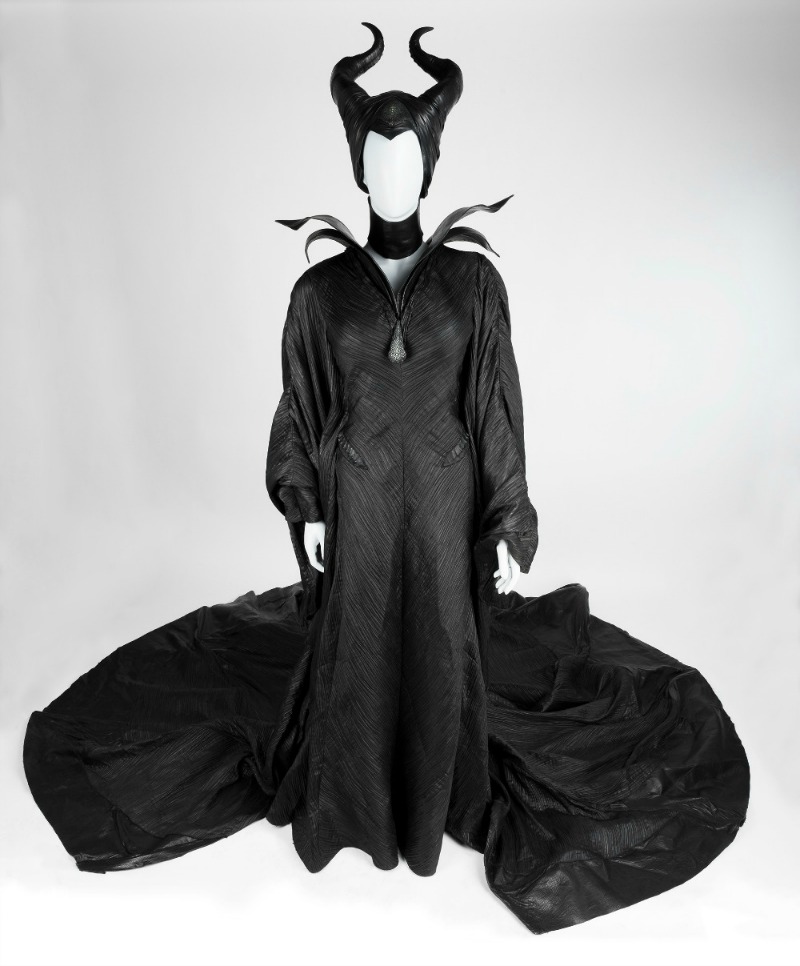 Some examples of what visitors will find in the Disney Heroes section are Giselle’s wedding dress from 2007’s Enchanted, Belle’s village dress and ballgown from 2017’s Beauty and the Beast; pieces worn by the Genie, Aladdin, and Jasmine in this year’s live-action Aladdin; and—for the first time ever displayed together—three iconic Mary Poppins “traveling dresses” worn in three Poppins productions: the 1964 original film, 2019’s Mary Poppins Returns, and the Broadway musical. 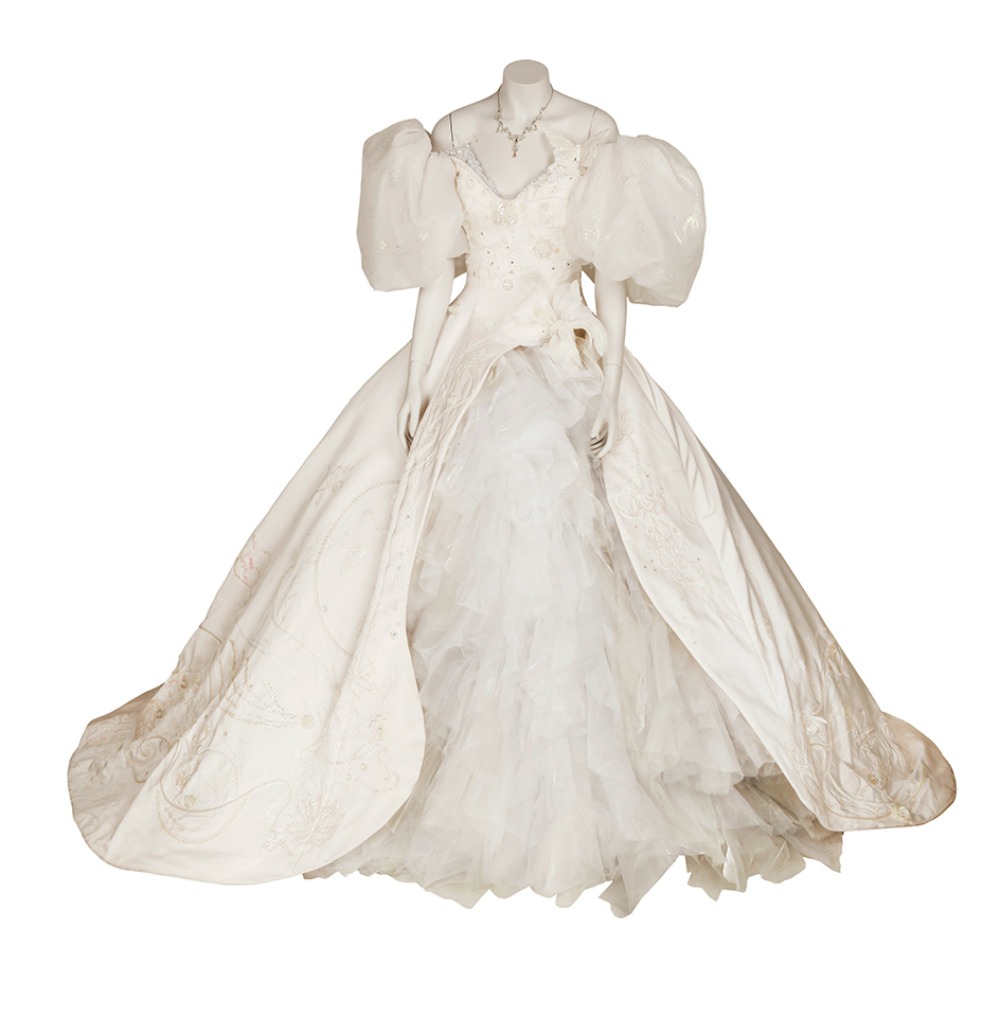 Disney Villains collection includes the wicked witches from 1993’s Hocus Pocus, the two dresses worn by the stepsisters in 2015’s Cinderella, and the dress worn by Bette Davis in 1978’s Return from Witch Mountain.

Spaces Between includes Maleficent’s gown from the 2014 film, as well as the Evil Queen and Hook’s costumes from Once Upon a Time.

The exhibit will also include costumes from some of Hollywood’s preeminent designers such as Academy Award-winners Colleen Atwood, Sandy Powell, and Tony Walton, as well as Emmy-winner Ellen Mirojnick and Emmy nominees Eduardo Castro and Penny Rose.

Several of the costumes on display will be featured in The Art of Disney Costuming: Heroes, Villains, and Spaces Between, a new book that’s due out this September from Disney Editions. The book will be available in advance exclusively at the D23 Expo.