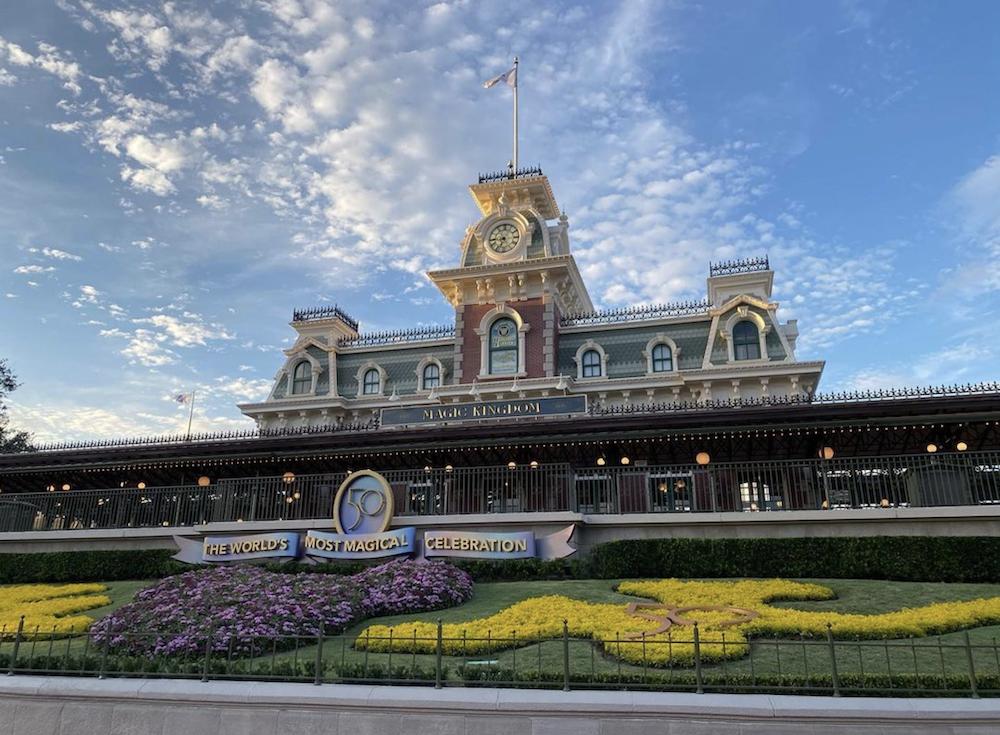 When you think about something as special as the Walt Disney World 50th Anniversary, you mostly hear about the happenings of the actual day itself. The Anniversary was celebrated last Friday on October 1st, though the festivities are not over yet with another eighteen months of celebratory excitement in store.

When planning your vacation, you might have been in two minds about being on-site for the exact day. Sure to draw crowds and long lines, being in the park on those special occasion days is a compromise that few of us are willing to make. It often equals sacrificing our precious time in the parks in exchange for a general atmosphere of timely enthusiasm coupled with limited opportunity. But how can you be sure that traveling in the following months will still feel special if you are hoping to experience some of that anniversary magic you’ve heard so much about?

Luckily, I have a bit of experience to share in this area. Coming from Sydney, you rarely have the chance to be in the parks precisely when you’d like to be. Between the different schedules for school and the opposite seasons here, on more than one occasion, I have found myself booking a stay for celebrations like Disneyland’s 50th and 60th anniversaries, months after the actual day had occurred. I always wonder/worry that the delay in arriving will mean I have missed the boat on the initial layer of sparkle that Disney has to offer.

This is where I have good news for those of you planning a trip over the next few months. The magic doesn’t fade as quickly as you might think. Now, if you were there on both the exact day of the anniversary and several months later, you might feel like there is a substantial difference between the two experiences, but when you aren’t making a direct comparison, the moment you set foot in the park, surrounded by the rousing music and dazzled by the shimmering decorations, nothing can describe how inclusive that feeling is, as though this very day is the beginning of the park’s personal celebration with you.

Part of the perfection of Disney is in their ability to replicate a moment or experience over and over, with such detail and expertise that each one feels brand new for those involved. The same can be applied to the impeccably crafted taste of each special edition snack or the enthusiasm and excitability of every parade or show. Even though thousands, maybe even millions of people have enjoyed the same ‘first’ 50th experiences before you, Disney has this unique way of making each of us feel special at that moment, like that discovery we make belongs solely to ourselves and our loved ones we share it with.

Of course, our smart brain knows that this isn’t the first manifestation of any of these things; however, our emotional brain allows us to put that manufactured reproduction aside and form a heartfelt connection with our version of events. This repeatability means that no matter how many times that cupcake has been tasted or fireworks display has been viewed before you encounter it, your first time is the one that will ignite the celebration feels all over again. In this case, for the 50th Anniversary of Walt Disney World.

Are you worried about more specific aspects like limited-edition merchandise? We have seen an unprecedented amount of stock available online outside of the parks, and keep in mind the timed release schedule for the next few collections, which has not been released yet.

All-in-all, my experience with Disney Parks celebrations after the fact has always been fantastic. In some ways, I find the slightly lower crowds and passing of the external hype allow you have a less pressured vacation in the parks, giving you time to take it all in without feeling like you are missing out due to the overwhelming nature of being there on the exact day.

Don’t hold back if you are considering booking in time to catch the following year’s worth of festivities. These celebrations might be long-winded, but they inspire memories you will create and cherish forever, different from those from your usual trips to Walt Disney World.

The sparkle will not fade, and therein lies the magic of Disney that we all know and love.