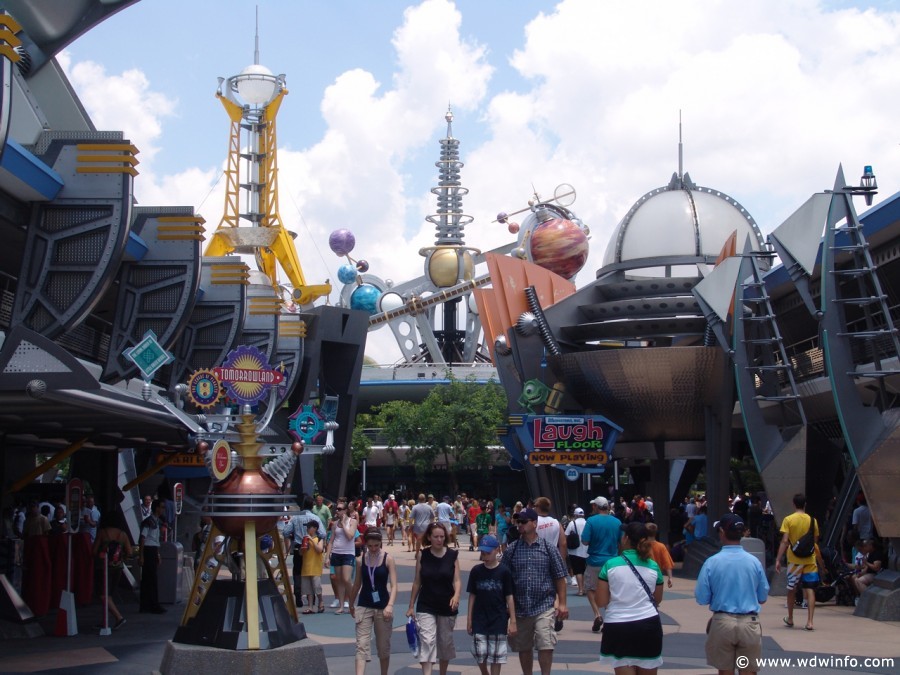 The recent announcement of a new signature dining restaurant coming to the Japan pavilion in Epcot came as a pleasant surprise to me — probably because I never expected Japan would get ANOTHER restaurant. One of the best food destinations in Disney World, Japan already has amazing restaurants like Katsura Grill, Tokyo Dining and Teppan Edo. Isn’t Tomorrowland meant to represent our future and the innovation and advancement that will bring us there? So wouldn’t it make sense for the food to be really new and exciting? Don’t get me wrong, nothing says “Tomorrow” like a Mickey pretzel from the Lunching Pad, but it’d be so cool if there was a really sleek and modern signature restaurant overlooking Tomorrowland that served new and inventive cuisine.

Disney could transform the seasonal and run down Tomorrowland Terrace to give guests a fine dining experience and a great view of Cinderella Castle. This restaurant could bring in top talent (like the flood of famous chefs that have migrated to Disney Springs) and he or she could craft a constantly changing menu that showcases the latest food trends. A signature restaurant could really elevate the theming in Tomorrowland. Future World has always been hurried through by guests racing to the theme park food mecca that is World Showcase. Future World needs to step up its dining to compete and the new space-themed restaurant will be a step in the right direction, but it still needs a flagship restaurant that stands above the countless changes coming to the park.

I think the best location is the Odyssey. The long-time dormant shack of a theme park building is finally becoming a “flex-space,” but I don’t think it’s too late for Disney to transform this massive waterfront space into a fine dining experience. The interior can sport a futuristic theme and the menu can feature elevated American cuisine. It’d be amazing to eat a quality meal while watching the monorail pass through Epcot. Who says all you can eat is ice cream and hockey puck hamburgers when you go to a water park? Many parents sit on the lounge chairs or flock to the overcrowded pool bars while their kids have all the fun. I think many adults would appreciate a nice signature restaurant by the water where drinks are brought to the table instead of a packed, sticky bar. The kids can run around and the parents can enjoy a nice, long meal in the shade to avoid the hoards of screaming children and Florida heat. Typhoon Lagoon could also have the only Caribbean-themed signature restaurant in Disney World. This might be a controversial pick because Main Street, USA has barely changed since its opening, and many Disney fans prefer it that way. However, a signature restaurant on the second floor of the buildings or in the Town Square (preferably replacing Tony’s) would give guests an amazing experience and even better views of the famous street and Cinderella Castle.