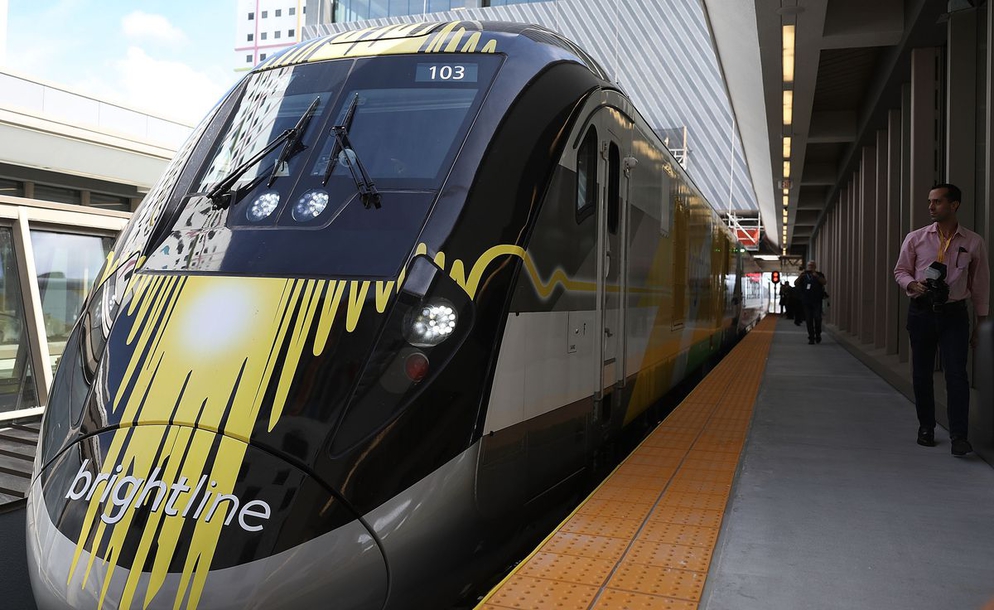 Those who were hoping that the announced Brightline rail spur leading from Orlando International Airport straight to Disney Springs would be an immediate replacement for Magical Express are going need another plan.

Details of Brightline’s planned expansion, which were revealed this week in a meeting with leadership of the Central Florida Expressway Authority, has Disney World fans looking at a longer implementation timeline than they may have initially thought. According to the Orlando Sentinel, Brightline’s executive vice president of infrastructure development, Michael Cegelis, stated that the rail route to Disney Springs is slated to be up and running in 5 years. Read that again: five years.

Listen, we all knew that it would take a bit to get the new Brightline spur constructed to traverse the 17 miles from MCO to the forthcoming Disney Springs station. It just makes sense. But, did we know it would take five years? I’m not sure that the initial, exciting announcement made back in November conveyed that it would take quite so long.

For the route leading to Disney World, Brightline is looking to “piggyback” on S.R. 417 (Central Florida GreeneWay), which would be a $1 billion project as opposed to the $2 billion taking the route along S.R. 528 and International Drive would cost. It’s understandable; S.R. 417, a toll road, is the most direct, no-brainer way to get from the airport to Disney property. It’s the path of least resistance. Literally.

According to the Sentinel, the S.R. 417 path would call for the use of 342,000 square feet of bridges, while the S.R. 528 route would require over 5 times that amount. The 417 route would also, however, run through three private properties, and the residents of nearby Hunters Creek aren’t happy about the potential added noise and vibration that the Brightline expansion would bring to the area.

So, what are Disney World fans to do with a five-year timeline for the train’s arrival to Disney Springs and the fact that Disney’s Magical Express service is ending starting January 1st, 2022? It’s something that I had the chance to talk about with DIS Unplugged viewers Don and his wife just the other day in Magic Kingdom. With the upcoming cessation of Magical Express, planning a Disney vacation will include another BIG step that will need to be addressed. Luggage will now need to be claimed, and transportation to the magic of Disney World figured out. It’ll no longer be as easy as heading to Terminal B, Level 1 to check in and sit on a bus that whisks you directly to Disney property at no extra cost.

If you were hoping that the Brightline/Disney Springs timeline would be a bit shorter than five years, I know that this is frustrating. If you’re someone who has always rented a car or hired private transportation, your trips to the Magic won’t necessarily be negatively impacted by the disappearance of the blue and white Magical Express buses. But, if you’re someone who has depended on Magical Express, in light of Brightline’s extended timeline, how will you travel the 17 miles from MCO to Disney and back again? Please let me know in the comment section below.