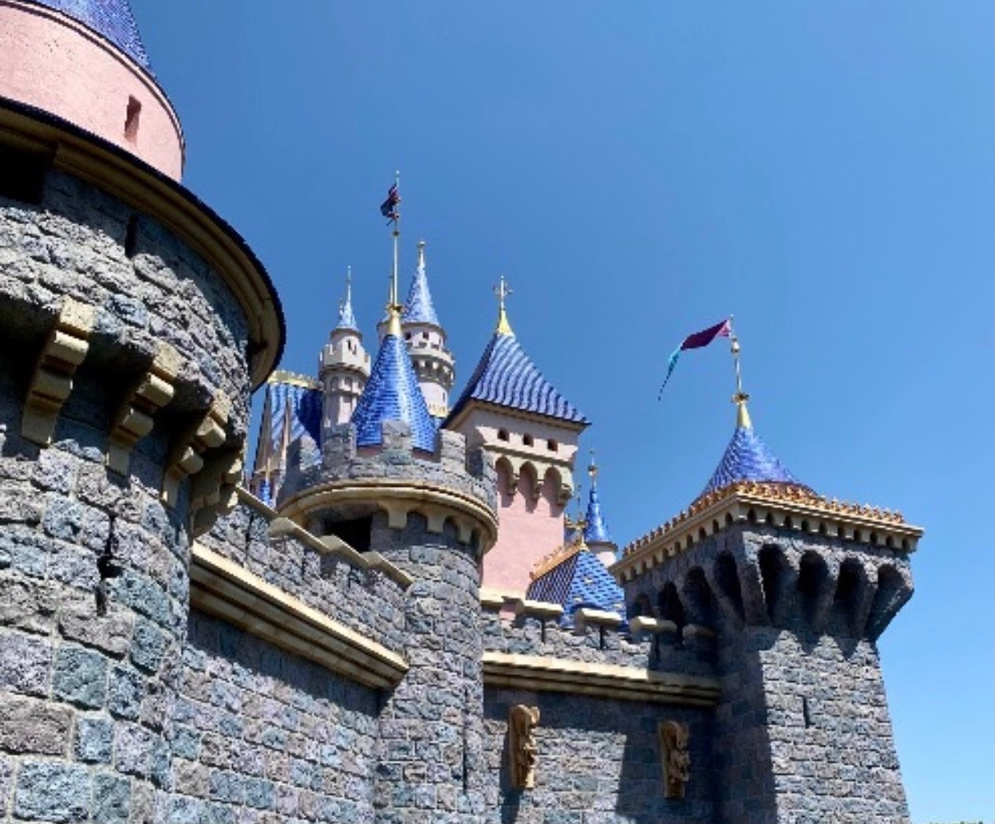 As a Legacy Passholder that frequented the park weekly pre-pandemic, I was beyond excited to go back to The Happiest Place on Earth. But with my return was the reality that not only had the pandemic changed me, it had undoubtedly changed Disneyland.

Here are 5 ways the pandemic has altered the landscape of Disneyland:

The first major difference upon arrival is the lack of tram transportation from the Mickey and Friends parking structure to the Esplanade; guests must walk the tram route. Upon entering Disneyland and going through the tunnel (the right one of course!), Mickey and the gang greet fans from the Disneyland Railroad platform, the first of several socially-distanced character meet and greets scattered throughout the park (my favorite was the Evil Queen, who was posted on a balcony near the queue for Snow White’s Enchanted Wish). Another change is the exclusive use of mobile ordering at dining locations throughout Disneyland. While mobile ordering was an option prior to the park’s closure, in many cases it is the sole option currently. At Tomorrowland Terrace, where I ate, there were no walk-up windows available, and some menu items (including my beloved veggie burger) were unavailable.

While Disney does not release exact numbers, capacity is limited and does require an advance reservation. This is not the uncomfortably crowded Disneyland we had grown accustomed to pre-pandemic; the initial walk down Main Street felt lighter and there weren’t bottlenecks of crowding at the entry for Adventureland, as was often the case before. As a result, I was able to squeeze in 18 rides in 9 hours (although attraction wait times did slightly increase after 1:00 PM when park hopping started for the day).

Besides disappointing many Disneyland fans that live outside of California, allowing only residents to go to the parks has surprising implications on guest experience. Gone (at least temporarily) are the days of driving down after work for dinner and a Doom Buggy ride around the Haunted Mansion; most guests arrive right at opening and leave at closing. Not only does this make exiting the parking structure a lengthier process, but you end up taking the same side streets/freeways to drive home if you’re local. On the other hand, I did not see many people violating guidelines; most residents know the drill well enough to not have to constantly be reminded.

Queues are largely kept outside, limiting indoor exposure to no more than 15 minutes. While queues are kept under shaded cover when possible, the California sun can be relentless in line for say Rise of the Resistance, where giant fans do their best to make up for lack of shade. Lines appear long and can stretch back pretty far, but they move forward in 6-foot increments, making it seem as though you’re always moving.

In addition to several attractions being closed for refurbishment (Buzz Lightyear Astro Blasters, Jungle Cruise and Matterhorn Bobsleds), others violate the theme park guidelines as set forth by the state. For instance, the Finding Nemo Submarine Voyage packs wayfarers into poorly-ventilated tin cans that take time to load and unload. In addition to closed attractions, most entertainment is temporarily suspended. Dining has also been hit by closures: several dining locations (including my favorite, the Royal Street Veranda, where clam chowder in a bread bowl is a must) are closed, at least for now.

Even with a changed climate, Disneyland is a special place that brings magic to all who go there and I’m thankful to be able to go back!