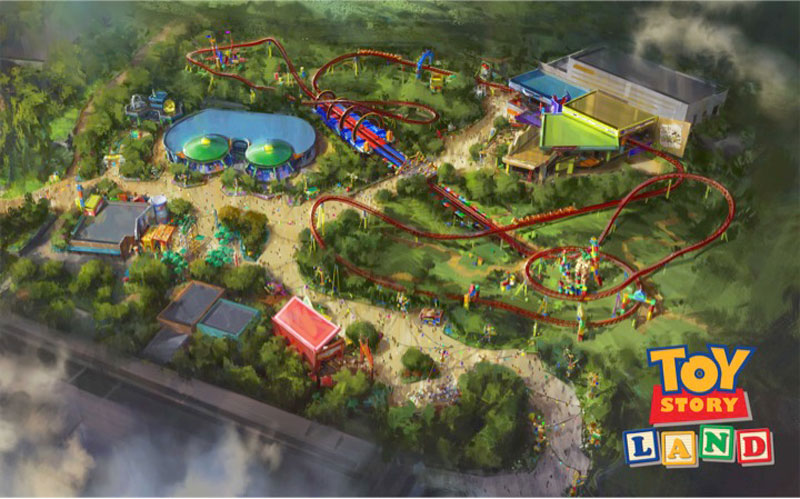 Welcome to another edition of Disney Rumor Round Up! You can check out the October 2017 installment here. Disclaimer: any rumors mentioned in this article are not confirmed by Disney and may not ever happen. The first permits were filed with the South Florida Water Management District for both the Tron Coaster and the new Main Street Theater. These permits are not for actual construction but are for preliminary work. We should see construction permits soon though. Tron and the theater are set to open in time for the Walt Disney World 50th anniversary. Along with Tron being built, the Tomorrowland Speedway would get an update to better match the new area.

Moana is still very much on the table according to sources at WDWMagic. The most likely case is for Moana to join the Enchanted Tiki Room in some capacity. It is not clear whether she would just join the existing show or the entire show would change for something based around Moana.

According to WDWMagic sources, we will see an update to Mickey’s Philharmagic in time for the 50th celebration as well.

Finally for the Magic Kingdom, Jim Hill says Disney is going to work on a new Halloween fireworks show that will include projection technology. This show would debut in either 2018 or 2019. Permits filed for the Ratatouille attraction show the new area that will include the attraction, dining, and restrooms. Work has begun on the attraction and it is set to open in 2020.

A Coco remake of the Gran Fiesta Tour boat ride is all but approved according to WDWMagic sources. Jim Hill and others say the budget for the Epcot renovations exceed $2 billion. This includes already announced projects and yet to be announced projects. Exploratory permits were filed a month or so ago that are evidence for rumors that Epcot will see a new resort at the front of the park. These permits outline a new retention pond freeing up space to be developed in the future. This would change the landscape of the entrance to Epcot drastically. WDWMagic sources say there are three different new resort proposals for the Epcot area. One of the said locations is the entrance to the park. Another possible location is near The Land pavilion.

Nothing has changed on the Hollywood Studios front. Cast Members signed the topping out beam of Galaxy’s Edge this month and Jessie and Rex figures were installed in Toy Story land. As reported a while ago, Indiana Jones is still very much an option to take over Dinoland U.S.A. in Animal Kingdom. Dinosaur would be converted to the Indiana Jones attraction from Disneyland and the rest of the land would get an Indiana Jones theme.

According to WDWMagic sources, Animal Kingdom and one other unknown Walt Disney World park are “fighting” over an intellectual property to add to the park. That property is unknown but some possibilities are Moana and Tarzan.

Flights of Wonder will be closing by the end of the year. The theater will be used for a new show that will still have birds and is rumored to open by the park’s 20th anniversary in April 2018. According to Jim Hill, Disney has asked Rainforest Cafe to remove their volcano in Disney Springs. No word on when this would happen, but it doesn’t seem immediate if it is happening.

WDWMagic sources are mixed on whether or not the Disney Skyliner system will have air conditioning or not. Dopplemayr, the company contracted for the job, has models of the 8-10 person gondolas that have air conditioning and models that don’t have it. The gondolas can operate in winds in excess of 35 mph and are safe in thunderstorms.

Since the last Rumor Round Up, article survey markers have been placed around the tennis court area near the Swan and Dolphin resorts, which is the location of the supposed 350-room boutique resort. The Swan and Dolphin have yet to confirm expansion plans.

Not specific to just Walt Disney World, but executive level Parks and Resorts leadership is expected to change soon. Some executives will depart and some will change roles. No word on who and where exactly just yet. Changes in leadership are relatively common with Disney Parks and Resorts. According to Jim Hill and others, now that the Eastern Gateway project has been cancelled for Disneyland the new Marvel area planned for California Adventure will take over some or all of what is now Bug’s land. With that, it appears Flik’s Flyers will move from Bug’s Land to the new Pixar Pier and become an Inside Out spinner attraction.

According to several sources, Pixar Pier is set to have phases. The first already announced phase will open in 2018. The Pixar theming has the opportunity to expand all the way to Goofy’s Sky School.