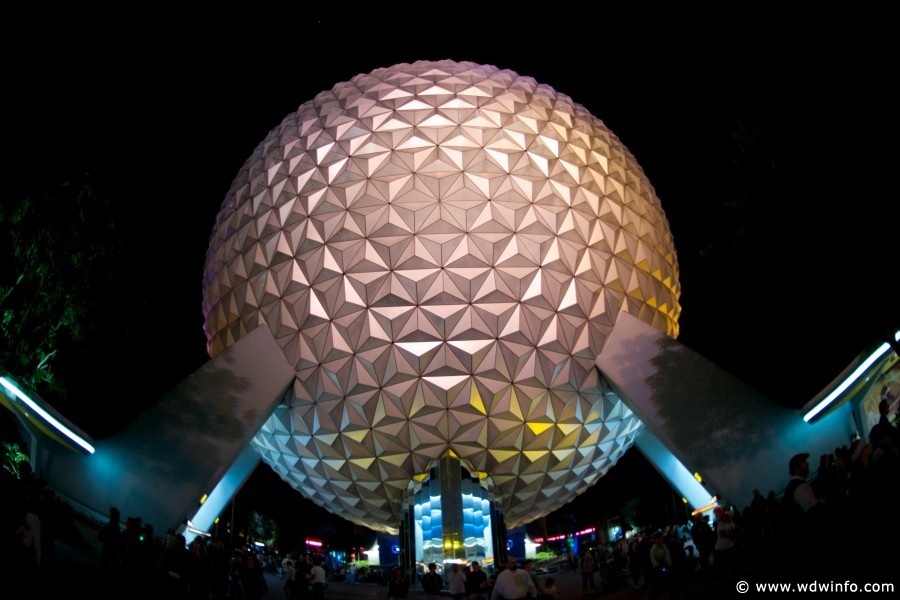 Disney is changing. Attractions are coming and going for the next big thing. Even those rides we believed would never, ever leave — like Great Movie Ride — are vanishing. If every other ride were to disappear or be vastly remodeled (a la Maelstrom into Frozen Ever After), which rides are so good, so pure, so uphold the mission of that park that they are completely untouchable? Here are my picks:

Disneyland Park: Pirates of the Caribbean The first thing I think of when I think about Pirates of the Caribbean is not the movies, but the old Disneyland TV show clip where Walt is taking Julie Reems around WED Enterprises. He delights in looking through a view hoop of a model of Carlos, and jokes with Julie about going up the waterfall. The ride captures the mission WED was working towards; creating an immersive environment with a completely consistent show. To ride Pirates is to be fully immersed in Walt’s vision for what his park could be: a completely ingenious and controlled form of storytelling, complete with thrills, laughs, and catchy music. To rip Pirates away from Disneyland would be like stripping Disneyland of Walt. Though Pirates has gone through many changes, and will continue to, it is, at its heart, a special Disneyland attraction.

This was a tough one. DCA has been torn down and rebuilt again and again; I don’t think there is a single ride that is so important to DCA that it could not go. Soarin’ is dominated with CGI. I tend to avoid Grizzly River Rapids — once the icon of the park — because I don’t want to get soaked. The entire Paradise Pier’s re-theming hardly made me blink.  I would be saddened if Mission: Breakout was bulldozed. That being said, I am not sure how long the Guardians of the Galaxy IP is going to be popular. The closest attraction I can come up with as sacred is Radiator Springs Racers. Radiator Springs Racers upped Disney California Adventure’s game by introducing immersive storytelling that could rival the Wizarding World. Radiator Springs came in full swing as if to say, “This is what this park, and all other Disney parks, could be.”  I couldn’t be more excited to see where Disney California Adventure will be in ten years based, on this attraction alone. I cheated a little on this one. Pirates and Mansion are both sacred, but when choosing between the two attractions in the two United States parks, I would pick the Haunted Mansion at Magic Kingdom and the Pirates at Disneyland. Haunted Mansion is the quintessential Disney ride. It’s creepy. It’s silly. It’s filled with old parlor tricks. It has a song that will stick with you all day long. Each animatronic is a fully-realized character. The lines are insanely quotable. Haunted Mansion is the only opening day attraction that had (and has) immersive storytelling. It said to the world that this is what Magic Kingdom would be. Not so sacred: The queue.

There is no denying that Spaceship Earth sets the tone for the entire mission of the park. It ties both Future World and World Showcase perfectly together. It captures a sense of optimism about the future and how far we have come. It lays the foundation for the tone of the park. It artfully threads together narratives throughout the world (or, more specifically, Western civilization), through a focus on technology and innovation. We learn, though we are not particularly aware of it. You leave the attraction excited for the possibilities of the day, and for the future of tomorrow.

Two years ago, I would have laughed and said, “They are NEVER going to get rid of the Great Movie Ride. That’s sacred!” If you asked me fifteen years ago, it was the animation studios. Now, there is hardly anything left that is sacred. The closest attraction to being sacred is Twilight Zone Tower of Terror. That being said, after experiencing Mission: Breakout, and Tower of Terror at DisneySeas, I don’t think I would be too sad to see Tower completely re-themed. When it comes to Disney’s Hollywood Studios, I cannot imagine the Studios without a mob-like line halfway down Sunset Boulevard, anxiously waiting for Fantastmic! I can’t imagination never again walking/dancing to the pumped-up Disneymania-style pre-show music, or never seeing the Cast Members in red shirts trying to amp up the already excited crowd by doing the wave over and over, again and again. In that moment — when the lights turn off and all the glow toys light up — the excitement is palpable. Moments, like when Mickey first appears and everyone screams, “Mickey!” and the cheer as Mickey goes, “Some imagination, huh?” and disappears, are incredibly special. As much as I love Disneyland’s Fantasmic!, there isn’t the same energy as at Studios. I would even miss the frustratingly slow walk to the entrance of the park that forces you to wind down at the end of the night.

This one is a no-brainer. After all, the attraction itself is larger than the Magic Kingdom! Kilimanjaro Safaris opened with Animal Kingdom, and will stay with DAK — barring some Blackfish-like disaster — until the end. Most of us will never get the chance to go to Africa, and this safari is the closest thing. It perfectly marries entertainment with education, which is the goal of Disney’s Animal Kingdom. There’s been a false rumor circulating that the Walt Disney World monorail will disappear. Can you imagine Seven Seas Lagoon without the nose of Monorail Red coming around the corner? I think not.

What do you think are the sacred attractions of each park?