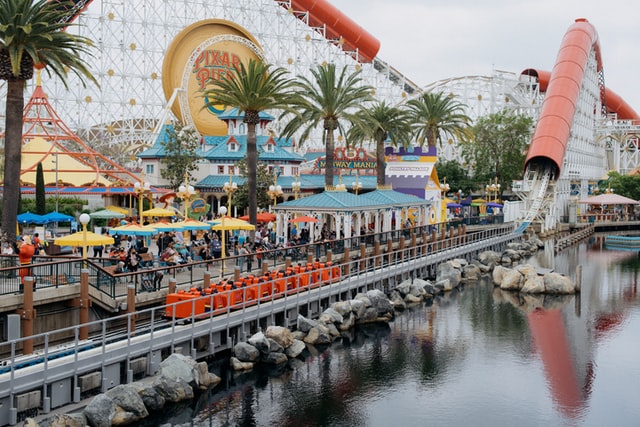 Hey friends! It’s Wednesday, which means another thousand-odd words of the musing that ramble through my mind. This week’s topic came to me while finishing up last month’s A Brief History of Disney, in which we took a deeper look at the Tomorrowland Speedway attraction in Walt Disney World’s Magic Kingdom.

With countless calls for an overhaul of this attraction that holds nostalgic, sentimental value for many, I couldn’t help but wonder if such an electric car transformation could survive without giving way to the apparent Cars franchise tie-in. I mean, sure, it would likely be a nice addition, but where is the line between that classic Disney attraction feel and being suffocated with entertainment IP crammed into every theme?

This topic hit the ground running when news broke of Splash Mountain being reimagined into a Princess and the Frog-themed attraction at both Disneyland and Magic Kingdom. Though we have heard very little about this since, fans around the globe began to question if every ride needed to be overhauled to visually represent current Disney characters or if some should be left in their original form. Splash Mountain obviously had the additional push to move in a new direction due to the controversial connection to Song of the South. However, it brought the concern into the spotlight for other classic Disney attractions.

Not sure what I mean? Maelstrom in Epcot’s World Showcase became the Frozen Ever After attraction, or California Screamin’ in Disneyland’s California Adventure, now identifying as the Incredicoaster. Actually, come to think of it, the whole change to Pixar Pier felt like such an unnecessary departure from the park’s original theme. The one that hurt me was the Swiss Robinson Family Tree House in Disneyland, changing to Tarzan’s Treehouse; I loved the original. What’s next? Will Soarin’ be forced to take on the Planes theming?

Okay, maybe that last one was a little dramatic, but I have feelings about it, alright? I know I’ve never sounded as old as I do right now, but, in my defense, if Disney replaces all their classic attractions with less stellar options with a princess or Star Wars character slapped on it, then where does all that history go? Where does all of the magic in between the movies come from? Not everything has to be replaced with a new IP that the younger generation understand; why not expose them to some of the classics instead?

I don’t want to lose independently fabulous attractions like Living with the Land in Epcot or the Tiki Room in Magic Kingdom. It seems like the only park exempt from this enforced IP rebrand is Animal Kingdom, featuring many rides that are only lightly dusted with Disney characters and many that have no integration at all.

I worry that Disney is underestimating their guest audience, almost as though if we don’t have a character dancing around to keep us company, we will lose interest. A few might, but I believe most of us won’t. The original sentiment of Disneyland was focused on family fun. From the King Arthur Carrousel and Autopia to the Storybook Land Canal Boats, attractions without character connections were integrated throughout the park with the likes of Peter Pan’s Flight and Snow White’s Scary Adventures. There was an equilibrium.

I want to see more Disney rides that are true to the theme of their location, more so than the closest fitting character. Show me new, futuristic rides that reflect the spirit of Tomorrowland and attractions in the World Showcase that represent the adventures to be had in each country of residence. There needs to remain a balance of IP and stand-alone creativity. After all, that is what the power of Disney used to represent, the ability to transport you to new places and experiences, not just in and out of the latest Marvel movie.

Let me know what you think. Where is the line when it comes to retheming Disney attractions with character IP, and has Disney crossed over to the wrong side of it? Maybe you’d like to see more character theming, and it’s just me on this one.

Disney, whatever you do, don’t touch my Matterhorn!