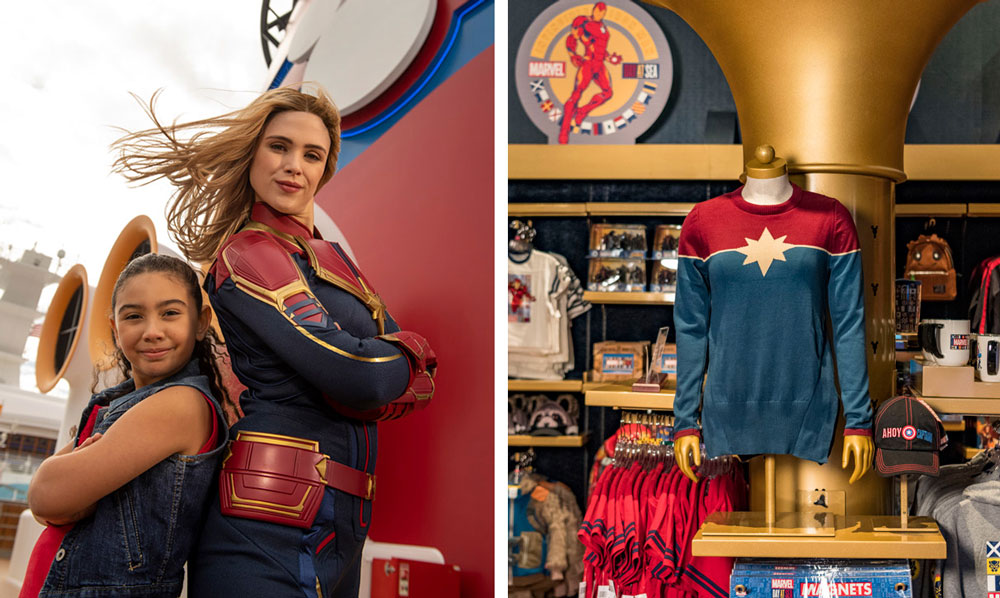 Disney Cruise Line offers guests a chance to rub super-strong elbows with some of the Marvel universe’s most popular heroes during their special Marvel Day at Sea sailings, and they have just highlighted some merchandise cruisers can find during their adventure.

2019’s Marvel Day at Sea sailings are almost over, so Disney appears to be focusing on these products in anticipation of bookings for next year’s voyages. 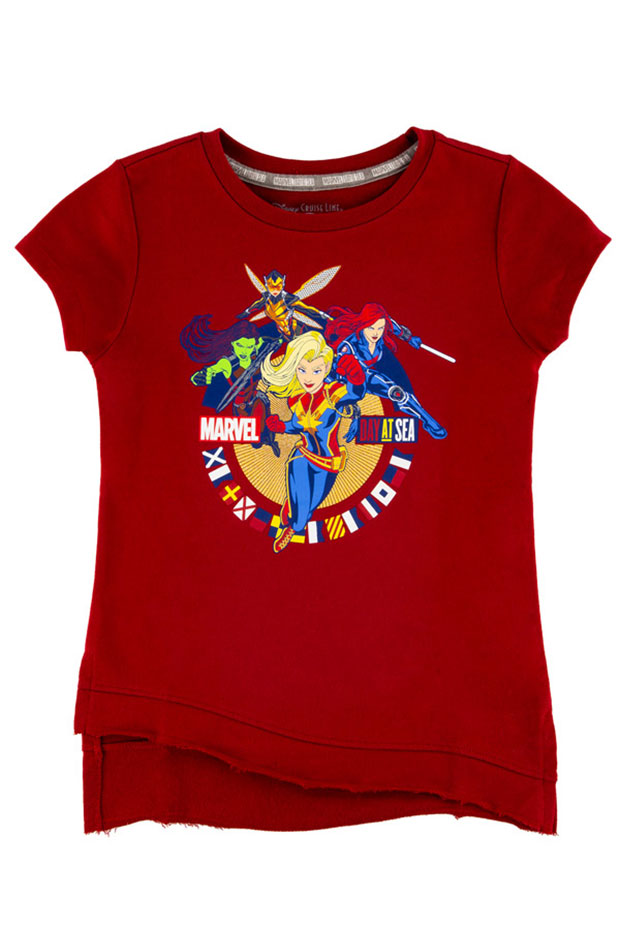 Females are at the forefront of this new shirt, which features the Marvel Cinematic Universe’s newest heroine. Although she’s been known by many other names in the comics — Ms. Marvel, Binary, and Warbird — Carol Danvers is making a name for herself among Disney fans as Captain Marvel, with a new feature film debuting soon and appearances on the Disney Magic and in Disney Parks.

This year’s Marvel Day at Sea sailings will be over just as Captain Marvel hits theaters on March 8th, but it’s likely the character will have a strong on-board presence next year. 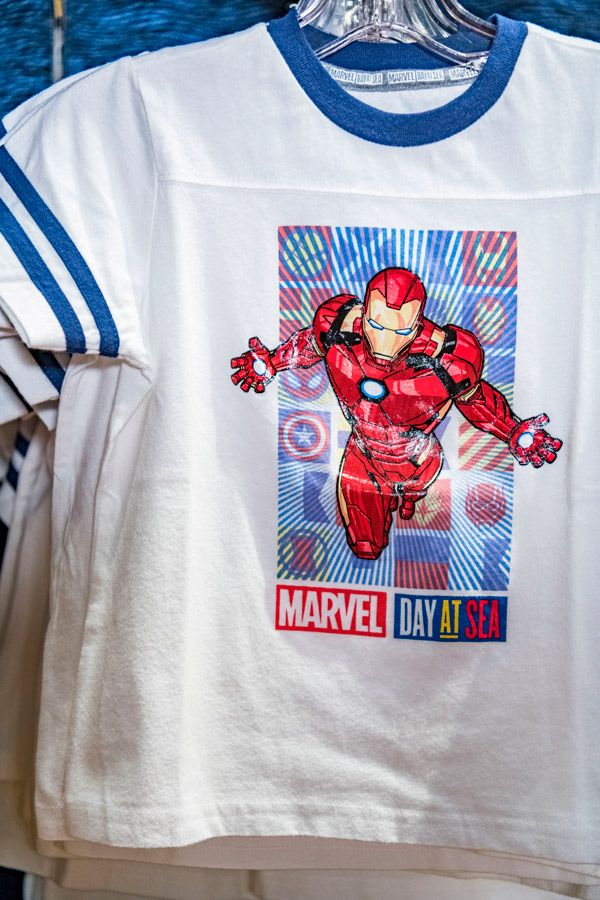 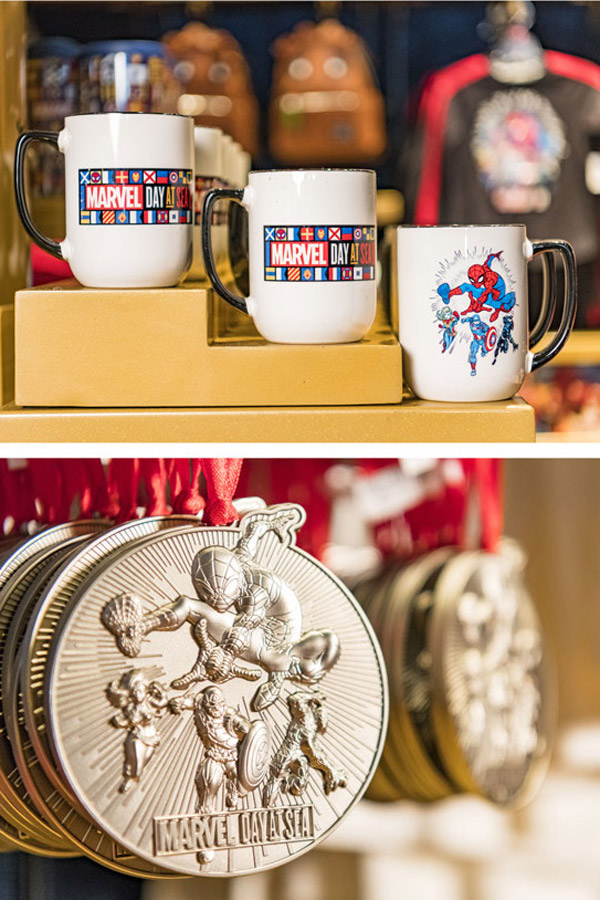 The ship will have some keepsakes and apparel celebrating two of the MCU’s resident geniuses — Iron Man and Spider-Man (or as they are known when they’re at home, Tony Stark and Peter Parker). 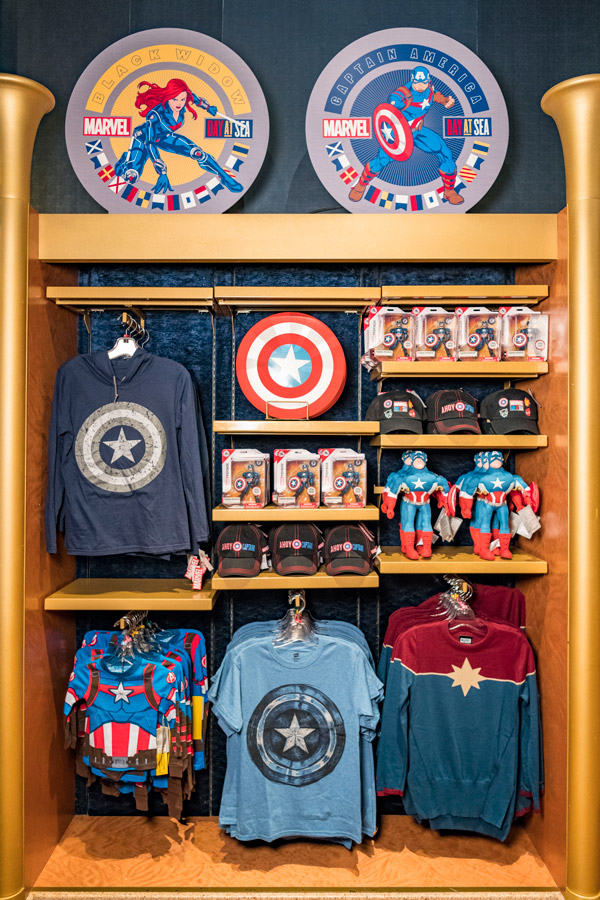 Guests with a fondness for Marvel’s soldiers and spies will be able to find some merchandise focused on Captain America, Captain Marvel, and Captain…um…Black Widow? Y’know, maybe not everyone needs to advertise their rank all the time. 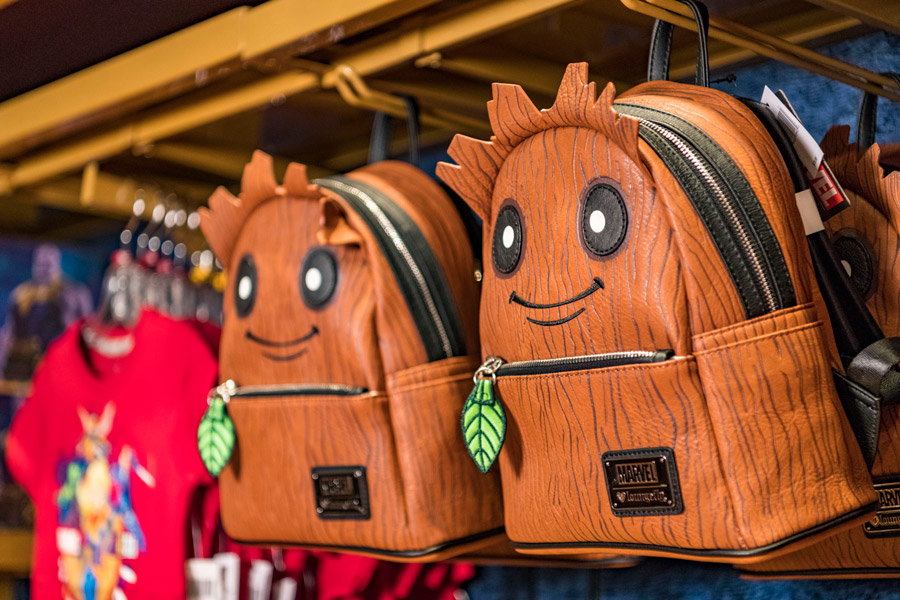 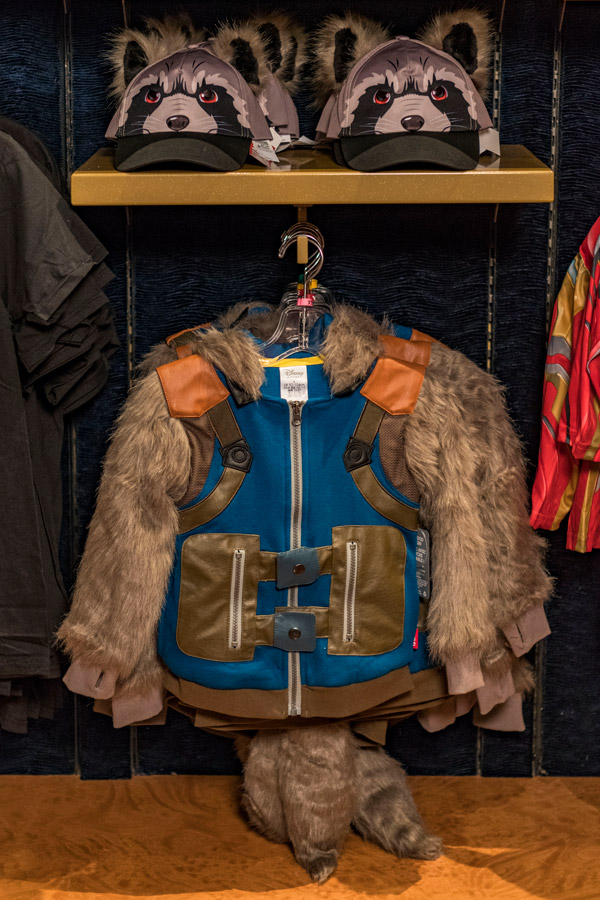 Disney did not mention what sizes this Rocket Raccoon comes in. An important question for some of us, as this hoodie/hat combo will probably amuse Guardians of the Galaxy fans of many ages and shapes. Eh, I’ll make it work.

Marvel Day at Sea sailings will return in January 2020, with 9 sailings taking place from January through early March.

For your complimentary, no-obligation quote on a Marvel Day at Sea voyage with Disney Cruise Line, visit us at Dreams Unlimited Travel, the official sponsor of The DIS.