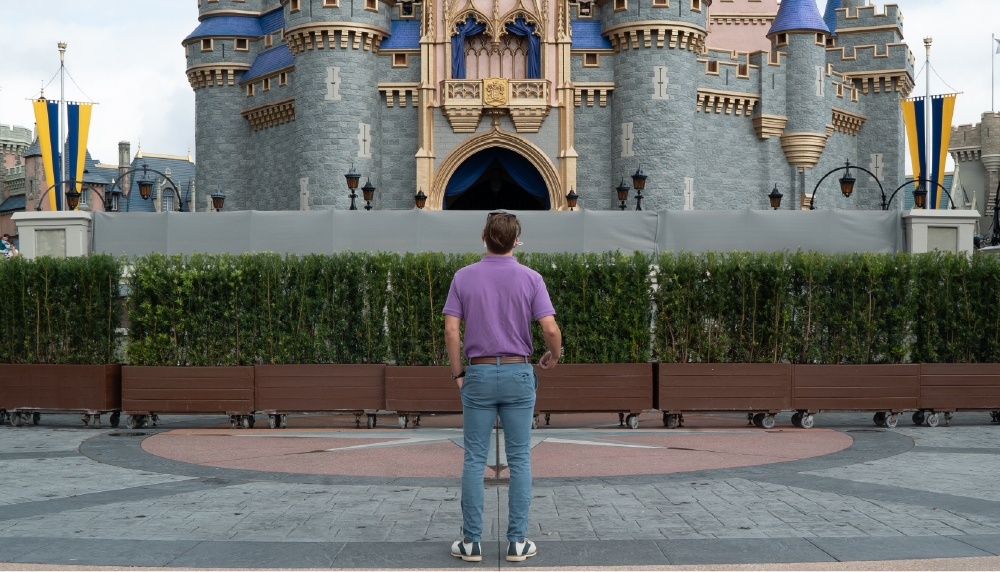 It’s six months to Magic. Each day has been meticulously planned. Practiced hands have crafted perfect days that strike the balance between flurried activity and required rest. As these plans change from scribbles to spreadsheets there are golden linchpins that hold the entire operation together; what are they? What are those mythic threads that hold together the fabric of a perfect vacation? Experienced Disney travelers and neophytes alike know the answer: FastPasses.

With Disney suspending the FastPass program for the foreseeable future, it has left many people worried they won’t have a chance at experiencing everything in the park. I decided to grab my girlfriend Kelsey for a trip into the Magic Kingdom and see exactly what we could get done in a day without FastPasses.

We started off getting to the parks ~10:00 AM and I can feel the physical cringe from hardcore Disney runners as they see 2 full hours of prime park time wasted. I could try and make an excuse about trying to simulate the unexpected morning delays of a small family, but the truth is that I was tired and decided to slap snooze on my clock. So with this kind of start, I was not hopeful for a very successful speed run of the Magic Kingdom, but I decided to see what I could manage to squeeze out of a walk down Main Street.

We began our day in full force in Frontierland with a walk by wave to the Country Bears on their little balcony; it’s always nice to say hello to Wendel though I always keep an eye out on Liverlips when I have my girlfriend with me. We didn’t stop too long before heading straight to Big Thunder Mountain where our expectations for how the day was going to go began to formulate. We didn’t stop walking in the queue until we were already halfway through the warning signs and the queue clipped at an incredible pace.

We traded gold dust for pixie dust over at Peter Pan’s Flight and though this was the longest line we had all day, we kept happy thoughts in our head and it felt like we floated right through. Pixie dust is only meant to carry you so high, but Tomorrowland has transcended those limits with technology that takes a trip to Space Mountain. It felt like we had rocket jets on our feet compared to some times I’ve waited for Space Mountain and they sped us through the entire queue until dropping us off right at the end of the space exhibits to get a good look at our fellow explorers as they took off. Afterward, once our ship landed safely back on earth, we felt an obligation to protect our planet from the scourge of Zurg and did our tour as space cadets for Buzz Lightyear. (Kelsey squeaked out the win with 420,000 points!) Space travel inevitably works up an appetite so we refueled at Cosmic Ray’s with a classic earth meal of a loaded down hot dog with fries. Using the mobile order feature on the My Disney Experience meant that as we left Space Mountain we could put our order in and more time was spent eating rather than waiting on it to be done. For an efficiency extremist like myself, the Mobile Order system is a gift from above. Feeling slightly closer to a heart attack and an early grave, we made the fitting decision to head over to Haunted Mansion.

The Haunted Mansion was where we really made good time… We didn’t stop walking. From the moment we got into the queue to us being seated for our poltergeist packed escapade, it took less than 10 minutes. In the vein of complete honesty here, I am not a die-hard Haunted Mansion fan. (Get it? DIE hard! Too subtle?) However, I can not think of a single trip into the Magic Kingdom where I have not made the time for this ride. Something about it is so magnetic and so charming, that I simply find myself in the queue each and every time. It was a delight to experience it again.

Our hitchhiking ghost may have intended to follow us all the way home, but it only stuck around long enough to watch some of the cavalcades (I got a bit too excited to see Tigger and my girlfriend cheered suspiciously loud as Gaston rode by on his horse), and I think he took off once he heard we were intending to take on the Jungle Cruise. It turns out ghosts can get scared too! We were only waiting fifteen or twenty minutes for our skipper to pull the boat around and it was well worth the wait. I’d never been on the Cruise before and it’s not a freakin’ savannah, but our guide was fully hilarious. (Anyone else dream about what it would have been like to have Robin Williams as your skipper? I’d never want it to end.) Our travel guide bravely guided us out of the jungle and while we were in the tropics it only seemed right to have the local delicacy: pineapple Dole Whip! (Kelsey’s FIRST!)

Feeling properly refreshed, and once again taking advantage of Mobile Order’s time saving efficiency, we had a pretty crucial decision to make. Splash Mountain would complete the mountain triangle, but it did have one of the longest wait times (only second to Seven Dwarfs Mine Train) or we could take advantage of the newly reinstated add-on: park hopping. We ended up in Hollywood Studios. We tore through Galaxy’s Edge, Toy Story Mania, Rock ‘n’ Roller Coaster, Tower of Terror, Slinky Dog Dash AND another round of Toy Story Mania all in the second half of the day with enough time to stop by Starbucks for a nice Strawberry Acai Refresher.

Not only was I surprised at all I was able to accomplish in the day, but the change in my mentality was shocking. It felt great to remove the clock from the equation and feel free to enjoy the parks at our leisure. I’d always approached my time in the parks with militant efficiency, but now I saw everything as a spontaneous opportunity. It was amazing…

But I’m local. I realized my attitude was possible because my only barrier to entry into the park is a ticket. I’m not traveling from across the country or having to take time off work or having to plan around an entire family’s schedule! It made me see the security that a FastPass provides to a family who knows that their most precious resource at Disney is time. The parents are working hard to make every minute count because they don’t want their children to even notice. FastPasses aren’t just a shorter line to the best rides, they are a guarantee. A guarantee for a family traveling from around the world that they will have a minimum foundation of magic to build their vacation upon.

My day without FastPasses was an absolute highlight with time spent on some of my favorite rides, a park hop to Hollywood Studios and even being there for Kelsey’s first Dole Whip. We ran around like children. It felt like how a day at Disney should be experienced. No stressing about time or scheduled rides and instead getting to make decisions spontaneously and enjoy the little pieces of magic around the kingdom. However, I know that FastPasses are a necessary form of crowd control born out of Disney’s unbridled desire to increase ticket sales. The passes are a slipshod solution to a systemic problem: park capacity. They have used densely packed queues to disguise the fact that there is not enough space or attractions for the amount of people they accept into the parks. Three hour queue times are not a sign of success, they are a sign of greed.

I got a glimpse into the past of how the parks used to thrive and the potential of what they could strive to become. However, I fear that Disney now will never prioritize fixing these problems and instead focus on only mitigating them to the point where people are willing to endure them. They will increase capacity until it becomes unbearable and then bring FastPasses back to “solve the problem” and may even try to incorporate a pay structure with their return. It will give people just enough control over their vacations that Disney will be seen as providing a generous service, rather than fixing a systemic issue with their capacity limits. I hope that Disney uses this time to discover a solution for the long queue times that is guest focused, rather than profit forward. If they don’t…the problem of too many people might go away, but it won’t be the way Disney wants.