How Disney Might Thin Crowds Without a Fifth Gate 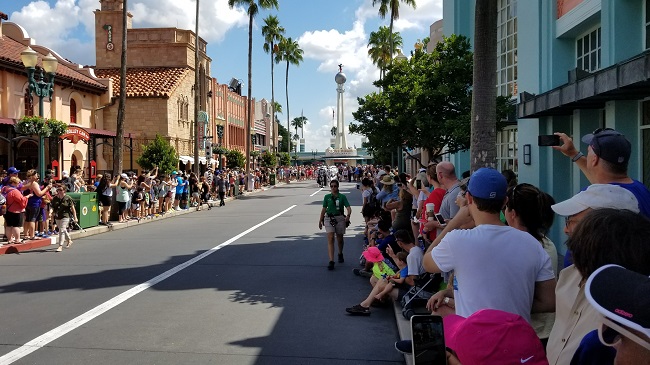 Crowd size is always a topic that comes up in nearly every conversation that has to do with Walt Disney World. Whether it’s part of the discussion on when to go or how to plan your day at the theme parks, the question that often comes up is “How will Disney handle increased crowds?” People discuss expanding park expansions like the new Toy Story Land or the upcoming Star Wars: Galaxy Edge and how they may thin out crowds in other areas. Then the inevitable discussion of a fifth gate often comes up.

The building of a fifth gate is most likely not planned for any time soon if ever. Disney has taken on the massive projects of building up existing parks with the addition of Tron in the Magic Kingdom, the various projects in Epcot, the new Hollywood Studios lands not to mention the latest addition to Animal Kingdom with Pandora – The World of AVATAR. All this work leads me to believe that they don’t have anything planned to be announced over the next 5 years at the very least.

So if Disney’s major theme park plans consist of just expanding existing parks which will inevitably attract even more people, how can Disney expect to thin out crowds and provide a better experience for their guests? The answer is actually right in front of us with the plans for the Star Wars hotel; from Bob Chapek,

[The Star Wars Hotel is] unlike anything that exists today. From the second you arrive, you will become a part of a Star Wars story! You’ll immediately become a citizen of the galaxy and experience all that entails, including dressing up in the proper attire. Once you leave Earth, you will discover a starship alive with characters, stories, and adventures that unfold all around you. It is 100% immersive, and the story will touch every single minute of your day, and it will culminate in a unique journey for every person who visits.

Disney is creating a themed experience inside your own hotel and I believe this is only the beginning. Currently, your hotel is a place for you to relax, sleep, eat, and enjoy pools. The experience is not overly unique outside of being on Disney property. You can find a similar experience in many other resorts around the world. Moving forward, I believe that Disney will make your resort a full-fledged themed experience that will include you being part of the story.

Imagine a Frozen hotel where you arrive on a Friday and by Sunday, you are celebrating the coronation of Elsa.  In between you, watch the hotel transform from a musty closed castle to a clean happy place ready for a party. You participate in events, dinners, and shows that could keep you occupied for a day or more. This is certainly what most people are expecting with the Star Wars hotel.

So why does Disney want to do this? It will be a premium experience that they will be able to charge you more for; more than a family would typically spend in a day at the parks including meals. This gets families spending more money while also thinning out the parks a bit more. You’ll most likely see a minimum of a tripling of deluxe hotel pricing to make up for the cost of tickets not being purchased. Not only that, it’s far less expensive to build a hotel than to build a multi-billion dollar theme park where land can be limiting.

Disney also just redesigned the online experience with the new ticket system that helps “plan” your Disney vacation. If these kinds of hotel experiences are planned for the future, you’ll most likely start seeing split stay deals and the tools that support the logistics of doing that a few years before these hotels are built.

Disney is about to finish the Riviera Resort and they just announced plans for a new DVC Resort at Fort Wilderness not to mention that you also have the Star Wars hotel that will begin construction soon. This tells me that Disney is far more comfortable building new hotels over new theme parks. Once the Star Wars hotel is fully open and a proven concept, there will be more hotels just like it for every popular Disney intellectual property out there.

Can you imagine staying at the Beast’s castle that is also attached to the back of the Magic Kingdom? And you thought lunch at Be Our Guest was a tough ticket to get?

This is all speculation of course, but if the Star Wars hotel is a success and the price point is right, you may see more hotels just like this being built over the next decade rather than any theme park upgrades. This will make Walt Disney World, again, the most unique family destination in the world and a step above its competition like Universal.