Everywhere to Get a Mickey Waffle in Walt Disney World 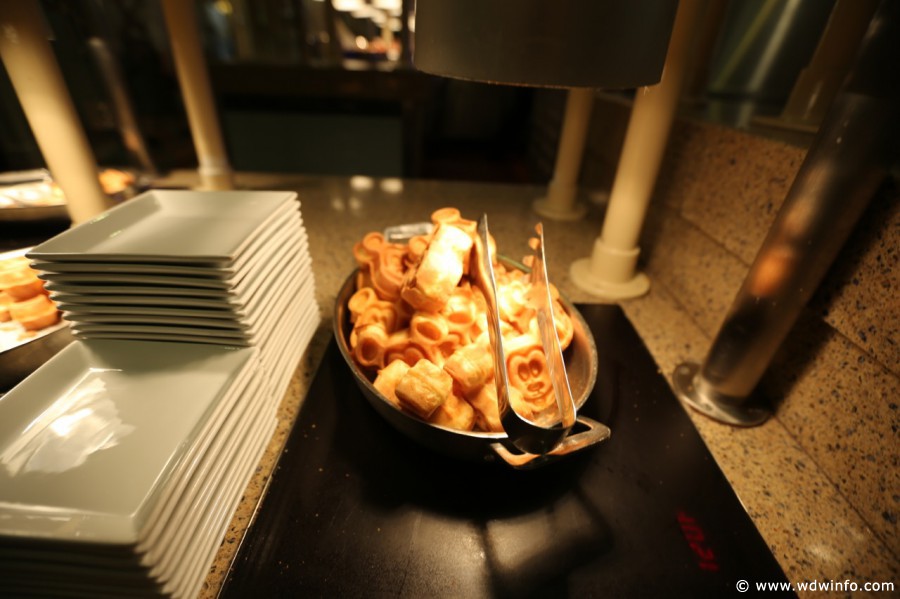 They’re crunchy on the outside, warm and fluffy on the inside, buttery and yet sweet…not to mention Mickey-shaped. Mickey waffles. If you’ve had them, you know that they’re the stuff that dreams are made of. Now, let’s break down all the ways you can get them! Some are part of an all-you-care-to-enjoy meal, some are on buffet lines, and others you can order à la carte.

PRO TIP: You won’t find Mickey waffles on too many adult menus, but you can request them from the children’s menu and they will serve you an adult portion!! #Nevergrowup

Mickey waffles are on the children’s menu (remember that pro tip! *wink*). This restaurant is located on the BoardWalk in the EPCOT area. Is Ratatouille on your must-do list for your vacation? Book an early reservation for Ale & Compass and enter EPCOT via the International Gateway and be one of the first people in line!

Not only can you get Mickey waffles at Boma, you also get Simba waffles! Start your Animal Kingdom day right…by seeing animals! You will see all kinds of wildlife at the Animal Kingdom Lodge, setting the tone for the day.

Mickey waffles are on the buffet…or as I like to call it, the WAFFLE JACKPOT! Cape May Cafe is a hidden gem that not many people know about. This is the cheapest traditional breakfast buffet on property and it has somehow remained a secret spot!

Mickey waffles are a part of an all-you-care-to-enjoy meal served family-style. Remember, you can ask for as much of a specific item as you want!

Find all of the character dining restaurants here…

You know that huge castle at the end of Main Street? Yeah, that’s a restaurant…with Mickey waffles! This is a prix fixe menu, meaning you are paying per person the same price no matter what you order.

Remember how I said Mickey waffles are not typically on adult menus? Here is the exception! The Grand Floridian Cafe offers Mickey waffles with a side of bacon or sausage on the adult menu.

This is a fun character meal that features Disney Junior characters at breakfast, AKA, the Mickey waffle hours. This used to be a buffet pre-pandemic and is now functioning as a prix fixe menu. For now, you can find these tasty waffles on the children’s menu.

Ohana’s breakfast is served family-style as an all-you-care-to-enjoy meal with some Polynesian flair. And they have, you guessed it, Mickey waffles. Just ask the server to keep ‘em coming!

Before the pandemic, this was a character breakfast with Stitch and Lilo. As of April 2022, the characters have not returned.

Can’t wait for that Pineapple Coconut Breakfast Bread? Make some at home!

There are waffles listed on the adult menu…you can ask them to swap out those boring adultish waffles with delicious Mickey waffles. Just ask nice.

Topolino’s Terrace is a prix fixe restaurant that has perhaps the cutest characters ever seen in a character meal. Mickey is a painter, Minnie is a poet, Daisy is a dancer, and Donald is a sculptor. Isn’t that cute?! Mickey waffles appear on the children’s menu, but a please and thank you go a long way with cast members and they would be happy to oblige by serving an adult portion, but remember you will also pay the adult price.

Trail’s End features a family-style buffet with Mickey waffles on the list of all-you-care-to-enjoy items!

Pre-pandemic, this was a character meal that featured princesses AND their princes! No word on when that will come back, or even if it will come back. Mickey waffles can be found on the children’s menu. Ask nicely and they will have no problem accommodating an adult portion for you.

Start off your Animal Kingdom day in this African-inspired restaurant that also features Mickey and his pals! That’s not even the best part…they have safari costumes! You will find Mickey waffles as one of the all-you-care-to-enjoy skillets in this family-style buffet. Bonus: They also have Simba waffles!

This restaurant features an array of all-you-care-to-enjoy skillets and regular entrees. The “Heritage” skillet includes Mickey waffles in the skillet, so you don’t even need to go asking for them from the kids menu! Though… the kids skillet not only has Mickey waffles, it also has a Mickey biscuit and Mickey eggs. Ah, to be young again.