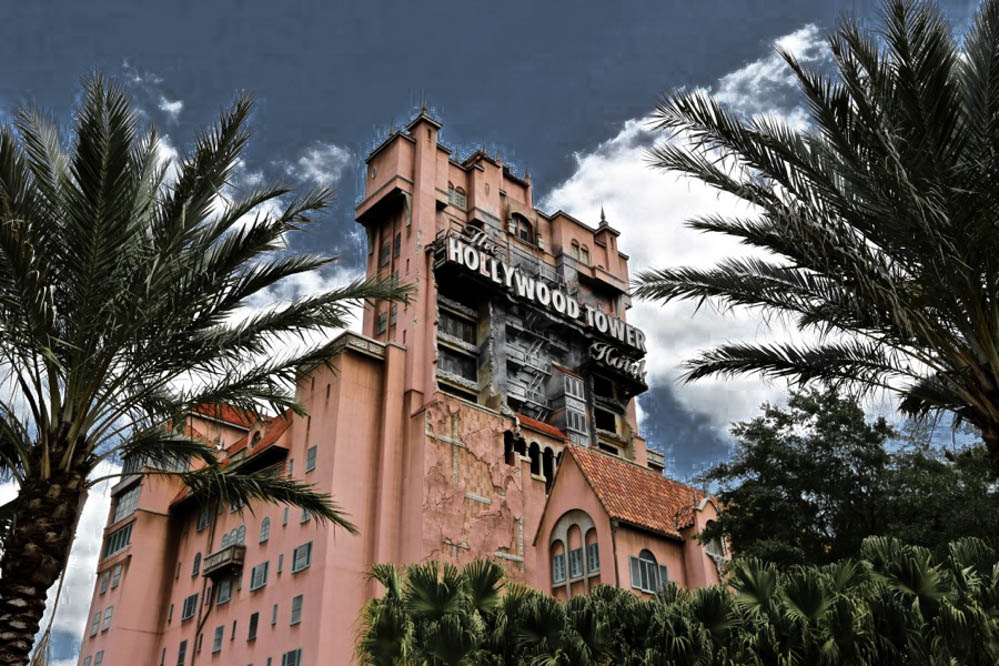 I’ve been enjoying taking a look at the historical timeline of the Walt Disney World Resort one decade at a time and I hope you all have as well! We’ve already covered the 1960s, 1970s, and 1980s so let’s dig into the 1990s today!

April 23– The Walt Disney Company dedicates 8,500 acres of land purchased at the Osceola-Polk County line to The Nature Conservancy to preserve for future generations as the Disney Wilderness Preserve.

April 29 – The inaugural EPCOT International Flower & Garden Festival debuts. In the years to follow, festivals dedicated to food & wine, the arts, and holidays join the lineup.

June 12 – Disney’s Hollywood Studios expands with the opening of its first new themed area, Sunset Boulevard, bringing more shops, dining, and entertainment to the park…along with the haunted thrills of The Twilight Zone Tower of Terror (July 22).

April 22 – The Disney Conservation Fund forms to provide support for respected conservation organizations saving wildlife and protecting the magic of nature. To date, the fund has directed $100 million to support nonprofit organizations working with communities to save wildlife, inspire action and protect the planet.

July 15 – Disney’s Wedding Pavilion opens on the shores of Seven Seas Lagoon, part of a vast expansion of options for weddings and vowel renewals. Today, Disney’s Fairy Tale Weddings & Honeymoons offers a wide range of nuptial and honeymoon planning around the globe.

July 1 – Disney’s BoardWalk Inn and Villas open along with their lively namesake boardwalk that brings new restaurants and nightspots to the EPCOT Resort Area.

March 28 – ESPN Wide World of Sports Complex opens. The 220-acre complex includes multiple outdoor playing fields, baseball/softball diamonds, a track & field complex, a fieldhouse and a 9,500-seat ballpark. Over the years it will grow to encompass two additional fieldhouses, an ESPN broadcast center and even more outdoor playing fields. It will also serve as an official training site for various American and international professional teams, as well as host of several major sporting events such as the Invictus Games, the 2020 MLS is Back Tournament and the 2020 NBA restart of the regular season.

August 1 – Disney’s Coronado Springs Resort opens. With 1,900 guest rooms and a 220,000-square-foot convention center, it is the largest of the Disney resort hotels that cater to meetings and events.

April 22 – Disney’s Animal Kingdom Theme Park opens on Earth Day. At 500 acres, it is Disney’s largest park and home to approximately 1,800 animals representing 200 species. The park’s icon, the Tree of Life, is a tribute to nature, featuring more than 300 intricately carved animal images.

October 1 – The Millennium Celebration begins at EPCOT. The 15-month event marks the debut of the popular nighttime spectacular, IllumiNations: Reflections of Earth, which will run for 20 years (side note: they knew way back then that this beloved show would run for exactly 20 years?!!?? The last presentation of IllumiNations was September 30, 2019). Also new is Millennium Village, celebrating the cultural achievements of 25 countries, and the Tapestry of Nations parade. The celebration also brings pin trading to the forefront for Disney collectors everywhere.

Stay tuned tomorrow as we look at the 2000s!