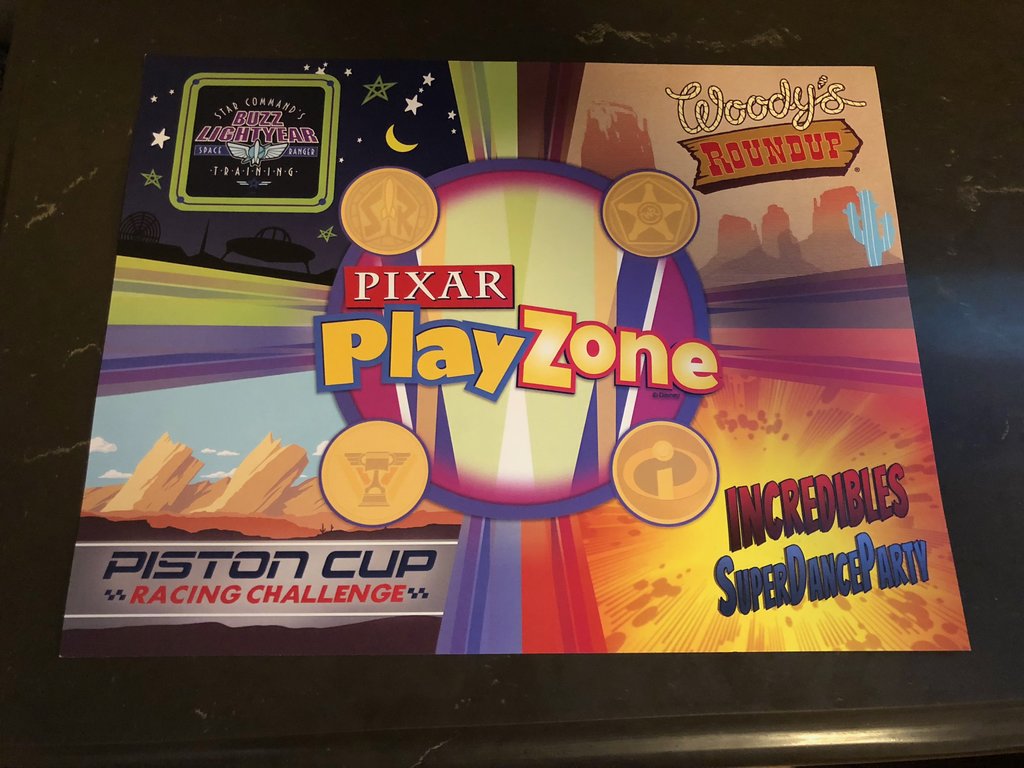 ShareTweetSubscribe
Vacation time is a time for families to be together, but it can also be nice for the adults in a family to have some time to themselves. When my husband and I plan a night out, we like our kids (ages 10 and 8) to have just as good a time as we do. So over the past few years we've used the Disney Kids Clubs to provide this experience during our Disney vacations. The clubs we've used are geared towards children ages 4 to 12 years of age. At Walt Disney World, that meant the Children’s Activity Centers at select Walt Disney World Deluxe Resort Hotels. So when I heard that those activity centers were closing, I was pretty disappointed, and I knew my kids would be too. They had visited the Sandcastle Club at Disney's Beach Club Resort, and Lilo's Playhouse at Disney's Polynesian Village Resort on past vacations, and had an amazing time. Then I heard about the opening of the new Pixar Play Zone at Disney's Contemporary Resort, so I booked it for our June 2018 vacation. While writing this article, I asked my kids for their opinions of Pixar Play Zone and how it stacks up to the older Children's Activity Centers that they experienced. We also included a few comparisons to the Disney Cruise Line Youth Clubs, specifically the Oceaneer Club and Oceaneer Lab.

Pixar Play Zone is located on the 4th floor of the Walt Disney World Resort's Contemporary Hotel. The Play Zone has replaced the former video arcade in the Contemporary hotel, and the signs at the hotel still list the arcade in this location (as of late June). This hotel is on the monorail line, making it convenient for adults to dine at a hotel on the monorail line, or to spend some time in Magic Kingdom. The Children's Activity Centers at Walt Disney World were located within three of the Deluxe Resorts: So, previously there were three locations for child care, and now there is only one. Note, Camp Dolphin, located at the Swan and Dolphin Hotel, seems to still be open, but we have never visited it and I'm considering it separate from the three listed above.

Pixar Play Zone is themed around Pixar movies and characters, such as Toy Story, The Incredibles, Cars, and Monsters Inc. The signage outside looked really welcoming, exciting, and fun, and seemed to put off of a Toy Story vibe. In fact, a cast member commented that some guests have asked if this was actually the new Toy Story Land! Inside the space, we could not take pictures, but to me (an adult) it looked pretty much like an old arcade that had been converted into a temporary child care space. There was not much permanent-looking theming. Video games were moved to the perimeter of the room, with an open space in the middle for a dance floor. Games and toys were available to play with, including a small car racing track in the corner. My kids loved it. However,  I was expecting something more like the The Oceaneer Club and Oceaneer Lab on the Disney Dream, which are highly themed, with multiple rooms and spaces. Located right across from the hotel gift shop, the theming looks pretty cool from the outside.

We've always made reservations in advance, as soon as we had an idea of what our plans were. I feel all the kids clubs are well-staffed, with cast members who are enthusiastic and who really enjoy being with the kids. Check-in at Pixar Play Zone was similar to the older Children's Activity Centers. We chose the kids' dinner options, left a phone number and were told we’d need photo ID to pick them up. My kids were happy with the dinner options

Hand washing is a big deal in the kids clubs — all the clubs require kids to wash their hands upon entering. However, the Disney Cruise Line is the only place I’ve seen the "fun" (as my kids would say) hand washing machines. If you haven't experienced this, it's essentially an automatic hand washer almost like a dishwasher: the kids stick their hands in and they are soaped up, then they remove their hands and dry them off with a paper towel. It really is cool. However, in Pixar Play Zone, they just had regular sinks (although the paper towel dispensers were themed as scream collectors from Monsters Inc.). Bathrooms:  In the other onsite Children's Activity centers that we've experienced, there were bathrooms within the clubs that the kids could use when needed. But since Pixar Play Zone is using an existing space (the old arcade), there is no attached bathroom. So, the cast members needed to escort the kids to a private bathroom nearby. I thought nothing of this at first, and then when I picked my kids up I saw a group of children leaving the space holding onto something “like a leash” (my 8 year old's description) and heading down the hall to the bathroom. She said, “It was embarrassing.” Later, I found out they had to walk down a flight of stairs while holding onto this rope. Now, this didn't overly concern me, but if my kids were younger, it might have. Taking kids outside a secure area seems like a bad idea, and it's probably the only thing I've ever seen at a Disney Kids Club that's made me even the slightest bit uncomfortable.

At Pixar Play Zone, once the kids checked in and washed hands, they could start playing the arcade games or other free play activities. The planned activities started at 6 pm with Space Ranger Training where they made "super power" bracelets. Later they formed teams and built race cars out of Legos for the Piston Cup Challenge. My kids each came home with a flag they had made with their team name. They also told me that they put on a Toy Story play with kids playing the different characters. All the kids had a choice to participate, or to play the arcade games or other games that were there. Lots of cool, planned activities. The cast members were great!

But I think what really sets Pixar Play Zone apart is the character interaction. First, Woody and Jesse stopped in to meet the kids. And they didn't just do a meet-and-greet, they played Red Light, Green Light and Hide and Go Seek with them. This is quality character interaction that I wish I had video of! My kids told me the characters spent at least 15 minutes playing with them and the 10-12 other kids that were there that evening. Later, the Incredibles (Mr. and Mrs.) came over for a dance party. This was happening just as we were picking them up and our kids didn’t want to miss it, so we wound up just waiting for them. We could hear the dance party in the background, but couldn't see what was happening. My kids said they were dancing together. In fact, my daughter showed Mr. Incredible "the Floss" and he did it! My kids received an autograph card signed by all the characters

Now, I know that characters make an appearance on the Disney Cruises, and my kids mentioned they had met Captain Hook at Lilo's Playhouse in the past, but this character interaction seemed much more involved. Thank you, we DID have an incredible evening! And so did our kids!

My kids really enjoyed the Pixar Play Zone, and we were met with lots of enthusiasm when we picked them up. They said, “Can we do it again?” “The food was delicious!” “The pizza was so good!” and “That was the best!” The only negative was the bathroom being located so far away. With this being a premium-priced experience ($10 more than the old centers, with shorter hours), I would like to see them update the facility to include a bathroom, and add some more theming. But on our next vacation to Walt Disney World, we would definitely like to use this service again! What do you think about Pixar Play Zone?  Is it a good replacement for the Children's Activity Centers?