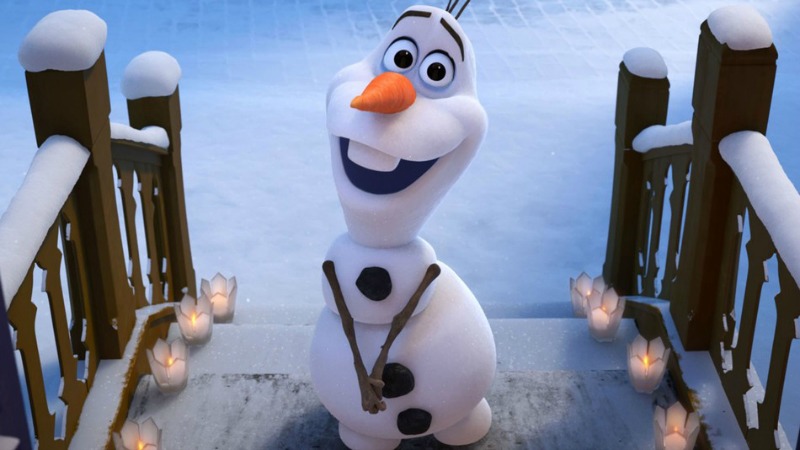 ShareTweetSubscribe
Disney·Pixar's Coco opened last weekend bringing in $71.2 million in box office earnings during its first five days in U.S. theatres and has topped the list at the box office for the second weekend in a row earning an impressive $26,114,000 over the weekend, according to BoxOfficeMojo. The vocal vitriol that has been taking place online about the Frozen short that runs prior to the movie has been constant and fierce across many social media platforms, however; so much so that Disney has made the decision to remove the short altogether from playing at each screening. Quirky shorts have traditionally been a part of the theatrical Pixar experience, but fans everywhere are expressing their distaste for this particular short along with sharing how other movie-goers can completely avoid seeing it. Why, you ask? Because it's 21-minutes long - the same length as a sitcom, minus the commercials. Folks seem to be feeling that the Frozen short should have aired on television along with commercials for Coco instead of the other way around.

My 8-year old nephew, after the excruciating 20 minute Frozen short in front of Coco: “Nobody asked for that”

making us endure Olaf's Frozen Adventure to get to Coco is a metaphor for the Mexican American experience I just haven't figured out how yet — JuanPa (@jpbrammer) November 27, 2017

Comment from discussion PSA: Disney removing the Frozen short in front of Coco starting December 8th.
If you still want to see the Frozen short in theatres, better make it quick as Disney has ordered it to be taken off all copies of Coco beginning on December 8. Source: Mashable
ShareTweetSubscribe
Get 2 Extra Days Added to Your WALT DISNEY WORLD Ticket!