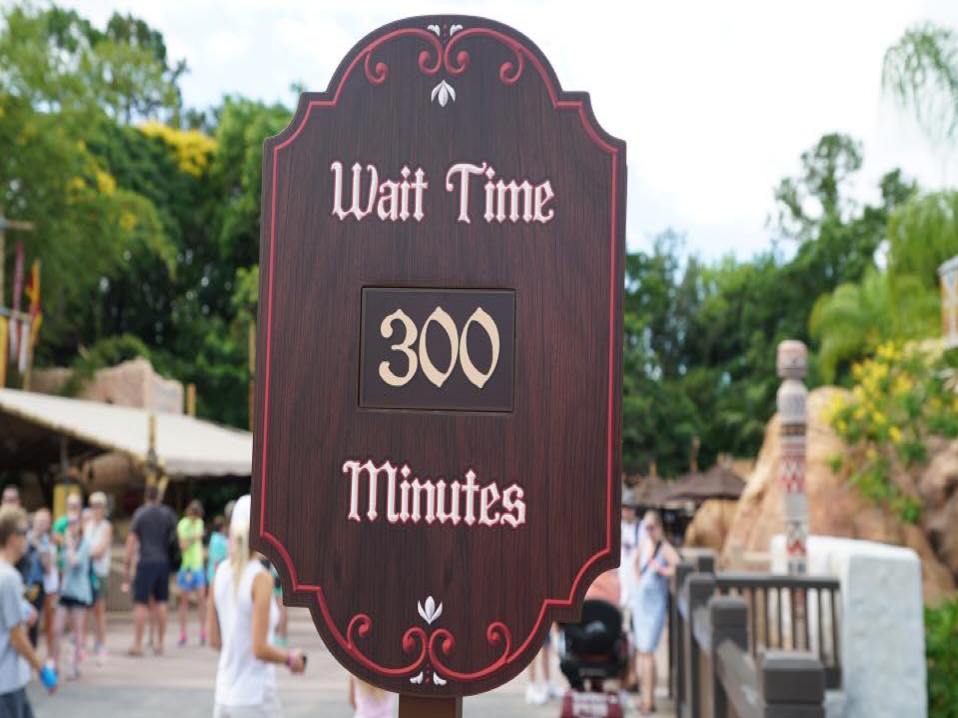 ShareTweetSubscribe
Walt Disney World and Disneyland California are arguably some of the most beloved places in the United States. They have provided joy to families of all forms for several generations. While Disney theme parks certainly have had their ups and downs, their popularity is only increasing. If one follows the news and events surrounding the Disney theme parks with any regularity, they will in no way be a stranger to what also appears to be increasing: cost and crowds. Jokes about going to Disney and blowing through money like the world is ending, and waiting hours to do anything are not new, and largely have limited merit. However, for many, what appears to be more lines and more money for a more corporate and even declining experience, leads to conversations about the ‘Tipping Point.’ That is, the point at which an individual or family simply decides a visit is too much money and too much trouble, for not enough enjoyment. This results in the guest and their family vacationing elsewhere. This could be Disney related, such as a cruise on the Disney Cruise Line, or a visit to Aulani in Hawaii. Or maybe a turn away from Disney altogether, toward Royal Caribbean International or an all-inclusive resort in the Caribbean. Crowds in Disney Parks are an often-utilized complaint and is a reason many guests use for avoiding certain times of the year, or to avoid visiting the parks altogether. The days of visiting in months such as October and January and walking down a totally deserted Main Street U.S.A. appear to irrecoverably over. However, this is a testament to these places universal appeal and extreme popularity. With the construction of new resorts, such as the Riviera Resort, guest capacity will increase. With the opening of attractions such as Guardians of the Galaxy coaster, will this problem only get worse? Or will new attractions make it better? As information regarding Resort size and ride capacity emerge, this can be better determined. But overall, crowds appear to be an issue which will only increase in severity over time. It is the nature of life and the world that things get more expensive. We all see our totals go up at the grocery store, and it is a fact of life mature adults accept. But the realm of Disney parks appears to take this concept to a whole other level. Annual Passes, dining plans, beverages, merchandise, and services such as the Minnie Van never seem to stabilize in terms of price. It’s enough to make one's head spin. Increases for a bottle of water in 2018 resulted in their current price of $4.50. Want a Mickey pretzel? Please be prepared to pay $7.00. Again, this is something adults learn to accept as a fact of life, and to many, this is not an issue. A Disney Parks vacation, once a fixture of a middle-class American lifestyle, is quickly becoming a luxury experience. That is a complicated statement, but if costs skyrocket, and quality seemingly declines, then there is an issue. Many destinations and vacations can be experienced with much less cost and much less hassle. 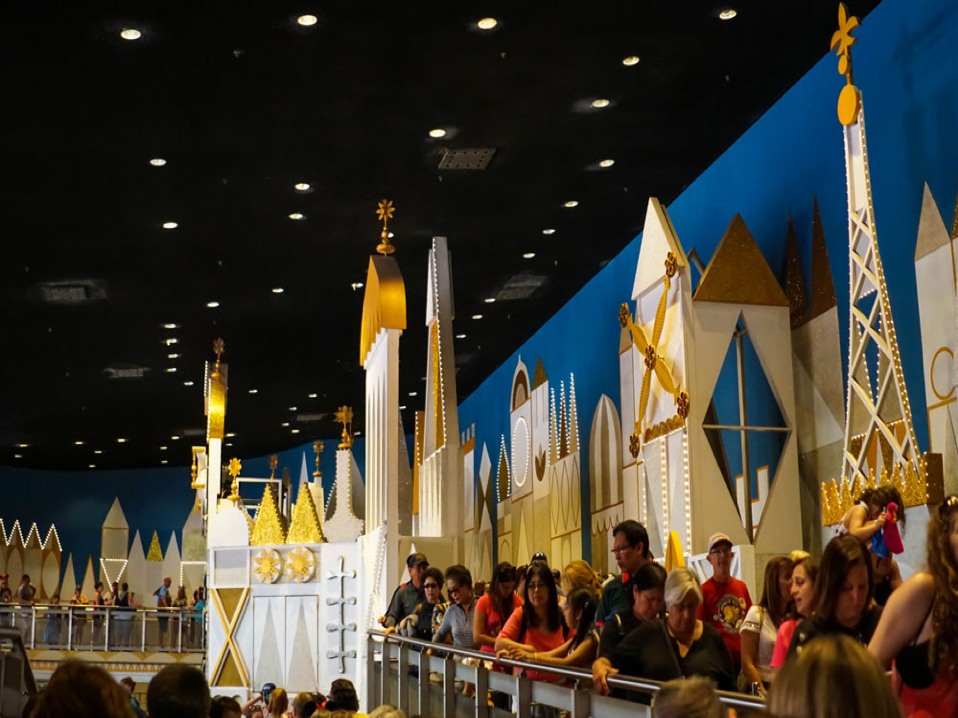 Disneyland planning, with Max Pass instead of Fast Pass+, and a diminished need for Advanced Dining Reservations; appears to not have the same problems as Walt Disney World. However, crowds to the California parks seem to be swelling, and who knows what effect the opening of Star Wars: Galaxy’s Edge will have. Crowds possibly caused by a large number of Annual Passholders, and those looking to simply go for the purpose of reselling merchandise are also tempests on the horizon. The planning involved in a Walt Disney World or Disneyland vacation can be a part-time job on its own. While Disneyland requires much less planning, Walt Disney World involves a complicated web of Resorts, FastPasses, Character Meet-and-Greets, Advanced Dining Reservations, and more. Various sub-categories exist including Park Hopper versus non-Park Hopper tickets. The larger and more age and ability diverse a group becomes, the more complicated navigating this system can get. One could easily argue all this planning is totally unnecessary. Or that Park Hopper tickets are a waste of money. To many American families such as mine, planning is part of the fun, and the anticipation builds throughout the year. But to others, it is easy to see why a planner might throw their hands up in frustration and look elsewhere. Whether the need to plan to the level of detail many do (myself included) is debatable, it is hard to see how one who is not an expert on these places could have a full experience without intensive planning. Regardless, Disney Parks are some of the most remarkable places to visit on earth. Pandora: The World of Avatar is a gravity-defying sight to behold and has been voted one of the greatest places on earth. Nationwide, the thought of walking onto Main Street, U.S.A. and seeing Cinderella Castle is the epitome of magic. Many of us listen to the park music, light the scented candles, and fantasize about the minutiae of each day of our trip, throughout the year.

Perhaps rather than the scales tipping toward guests totally turning away from Disney vacations, it will begin in a subtler vein. Last August (2018), was my second time attending Mickey’s Not-So-Scary Halloween Party. This became a part of our annual August trip in 2017. The first year, it was a truly magical experience. Yes, the crowds were overwhelming, and it was boiling. Not exactly the Chester County Halloweens to which I am accustomed. The Party was turning into a disappointment. But then we were able to ride Splash Mountain twice, without even having to exit the vehicle. As the first attraction I ever went on at Disney, and a continued favorite, it made the night. It was a prime example of Disney magic just as tempers were about to boil over. It seemed in 2017, that this event acquired popularity which paled in comparison to prior years, and Disney needed to regroup. They by no means disappointed guests with offering Mickey’s Not-So-Scary as early as August 17 in 2018. We went on the second night and could not have been more disappointed. I am a 6’2” reasonably agile male and found the crowds simply impossible to navigate. Having only visited Walt Disney World between May and August, I am no stranger to crowds in the Magic Kingdom. But this was unlike anything I can recall. The snacks were about 2 bites, for prices ranging from about $4 to $8.

For a hard-ticketed event costing about $75-125 depending on the night you go, this was far from magical. From easily 45-minute waits for most every attraction to the need to wait an hour and a half for a prime viewing spot for the Boo-to-You Parade, this was truly a disappointment. While various conversations on the DisBoards and the Walt Disney World Edition of the Disunplugged appear to affirm my experience, for many the evening could not be more magical. I will certainly not be returning to Mickey’s Not-So-Scary next August, as I have reached my tipping point. Perhaps others feel the same way, or maybe I simply leave room for another family to enjoy? While this is one event, and by no means a turning away from visiting Disney Parks, could it be the start of a trend? Again, it is one event, but to many, that is how they feel for a significant portion; if not the duration of their trip. We have all seen the infamous meltdowns, and many have noted an increase in unhappy guests. I personally do not foresee turning away from Disney Parks anytime in any reasonable future. However, I have an inherent, ingrained love of Disney. For others where it is more casual, perhaps the crowds and incessant planning are too much. Maybe a non-Disney Cruise would be more relaxing? For a family of five, a resort elsewhere with more available accommodations would absolutely save money or perhaps provide a more serene vacation. 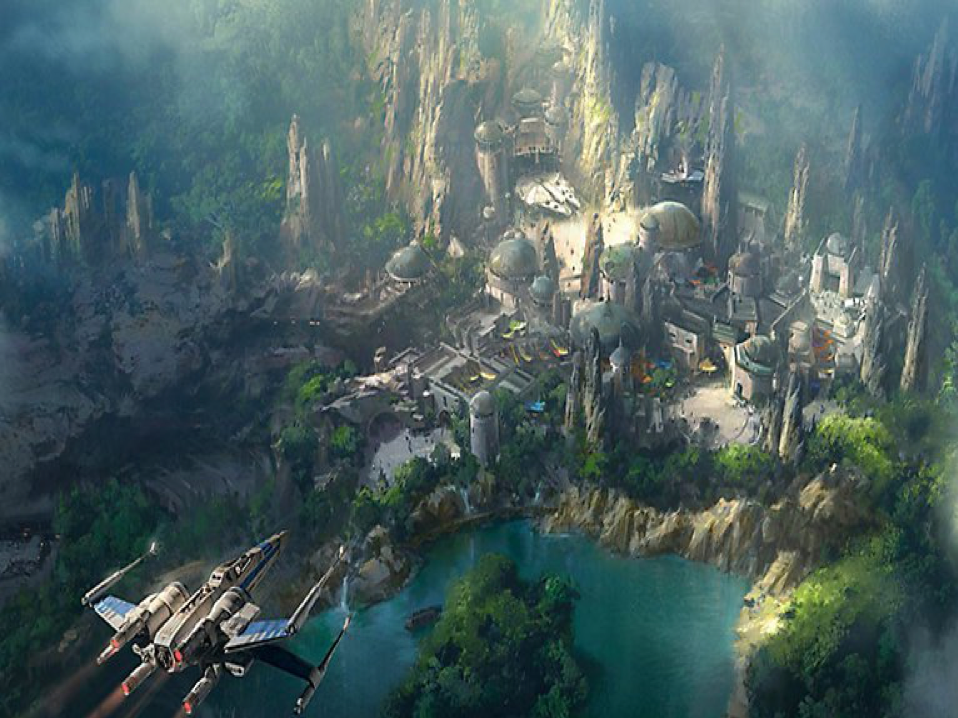 With most all families facing increasingly limited funds and vacation time, decisions about how to spend the precious week or two a year they have is becoming tense. Many wonderful things are coming to Walt Disney World and Disneyland in California. This includes Star Wars: Galaxy’s Edge, TRON: Lightcycle, and much more. Will this popularity increase the cost to the point many families simply have no choice but to look elsewhere? Will crowds swell to the point one cannot even get on the People Mover? I cannot even contemplate the horror of seeing a substantial wait for Journey Into Imagination With Figment. How about you and your family? Have you found yourself slowly turning away from Disney Parks in recent years? Going more than ever? What do you think your tipping point might be?
ShareTweetSubscribe