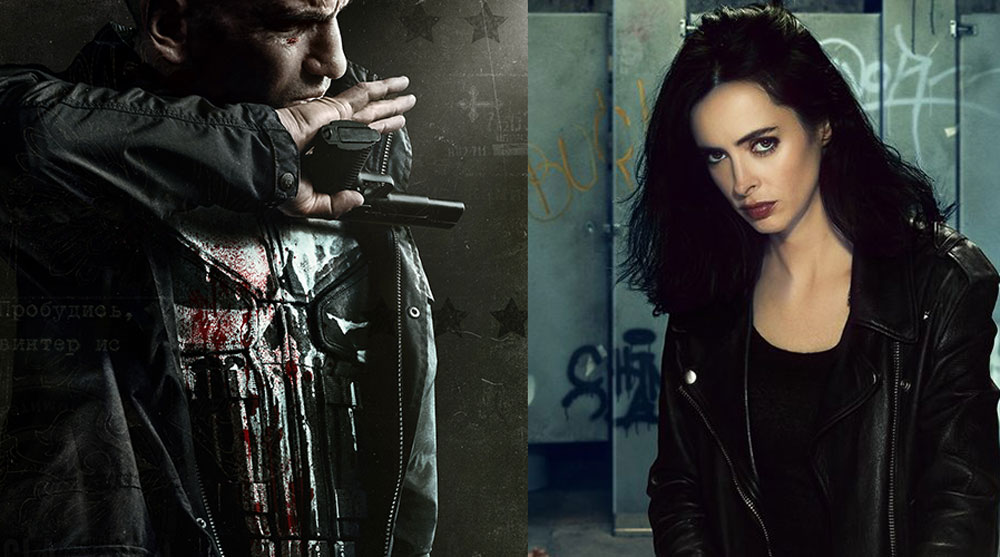 In a move that might have seemed surprising just a few years back, Netflix has just put the last two nails in the superhero-shaped coffin of their partnership with Marvel Television.

Given the streaming service’s recent cancellations of the other Defenders programs — Luke Cage, Iron Fist, and most notably, the highly successful Daredevil — the announcement of both The Punisher and Jessica Jones getting the ax was a foregone conclusion.

Netflix said in a statement,

Marvel’s The Punisher will not return for a third season on Netflix. Showrunner Steve Lightfoot, the terrific crew, and exceptional cast including star Jon Bernthal, delivered an acclaimed and compelling series for fans, and we are proud to showcase their work on Netflix for years to come. In addition, in reviewing our Marvel programming, we have decided that the upcoming third season will also be the final season for Marvel’s Jessica Jones. We are grateful to showrunner Melissa Rosenberg, star Krysten Ritter and the entire cast and crew, for three incredible seasons of this groundbreaking series, which was recognized by the Peabody Awards among many others. We are grateful to Marvel for five years of our fruitful partnership and thank the passionate fans who have followed these series from the beginning.

This break between Netflix and Marvel comes in advance of Marvel’s parent company, The Walt Disney Company, debuting a new streaming service of their own. Disney+ is set to feature multiple superhero series of their own, set in the Marvel Cinematic Universe, and focusing on second-tier heroes of some of the largest films in the franchise. Loki, Scarlet Witch, and Falcon and the Winter Soldier are all slated for the new service, played by the same actors who portrayed them on the silver screen. Marvel Studios will produce these series, rather than Marvel Television.

Marvel Television still has a number of ongoing shows to its credit, including ABC’s Agents of Shield, Fox’s The Gifted, FX’s Legion, and Freeform’s Cloak and Dagger. Most of these are available for streaming on Hulu, which Disney will have a 60% stake in once their 21st Century Fox acquisition is finalized. Hulu has just released a second season of their original Marvel series Runaways and will be launching 4 new adult-focused animated programs based on obscure Marvel characters.

Whether Krysten Ritter’s Jessica Jones, John Bernthal’s Punisher, Charlie Cox’s Daredevil, Mike Colter’s Luke Cage, or Finn Jone’s Iron Fist will ever have the opportunity to appear in any of Disney’s new Marvel projects is unknown, but seems unlikely at this point. According to Variety, “the deal for the original four Marvel shows prevents the characters from appearing in any non-Netflix property for at least two years after cancellation.”