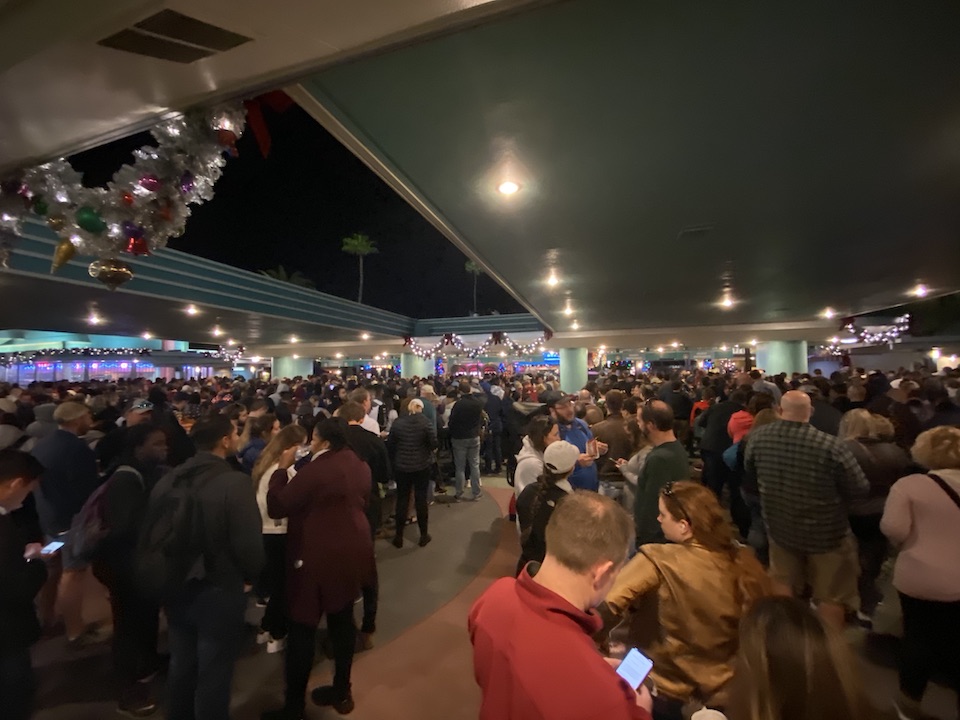 The suns rise early on Batuu, and so must its travelers wishing to ride Star Wars: Rise of the Resistance in the upcoming months. While it may not be how you typically spend your mornings when vacationing at Walt Disney World, all I can say is grab some extra coffee and make it happen so that you can experience this fantastic new attraction.

Several days after the attraction’s opening at Star Wars: Galaxy’s Edge in Disney’s Hollywood Studios, my wife and I embarked on a mission to experience this incredible ride. We also took the time to answer many of the questions that will likely plague guests vacationing in the upcoming weeks and months. Looking to guarantee your mission and help the Resistance? Here are the answers to the questions that will make that task a little easier:

What time should I arrive at Disney’s Hollywood Studios?

The answer to this question depends on a lot of factors surrounding when and how Disney’s Hollywood Studios plans to open on the day of your visit. For the foreseeable future, the park will be required to open at a time that is likely earlier than its announced opening due to security reasons. On the day of our visit, we arrived at 5:30am for an announced 8:00am park opening. By the time we were through security, there was already a decent number of guests waiting. The park ended up opening early at 6:30am due to the crowd levels.

On designated days when Disney assigns Extra Magic Hours for guests staying on property, the need to be this early to the park may not be as high, but we will discuss that more later.

Should I use Disney Transportation?

While there have been some reports of resort busses running earlier than scheduled for Hollywood Studios, if you want to guarantee your early arrival, I would recommend driving or utilizing a rideshare service to get to the park. I found no issues obtaining a rideshare at 5:10 am from Disney’s Animal Kingdom Lodge except for the fact that Minnie Vans were not running at this early hour.

What is a Boarding Group, and how do I obtain one?

Disney has elected to utilize a virtual queue system called boarding groups to manage the early crowds expected for Star Wars: Rise of the Resistance. Boarding Groups will allow you to enjoy the rest of the park or head to other areas of Walt Disney World while waiting to ride. This process is very similar to booking a Fastpass+ selection on the My Disney Experience mobile application, but with a few quirks: 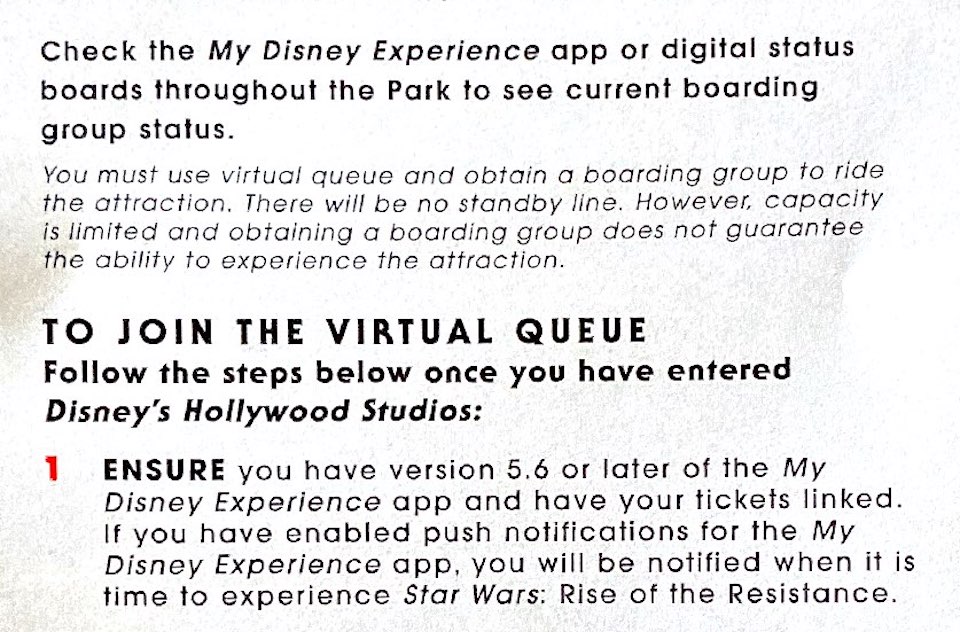 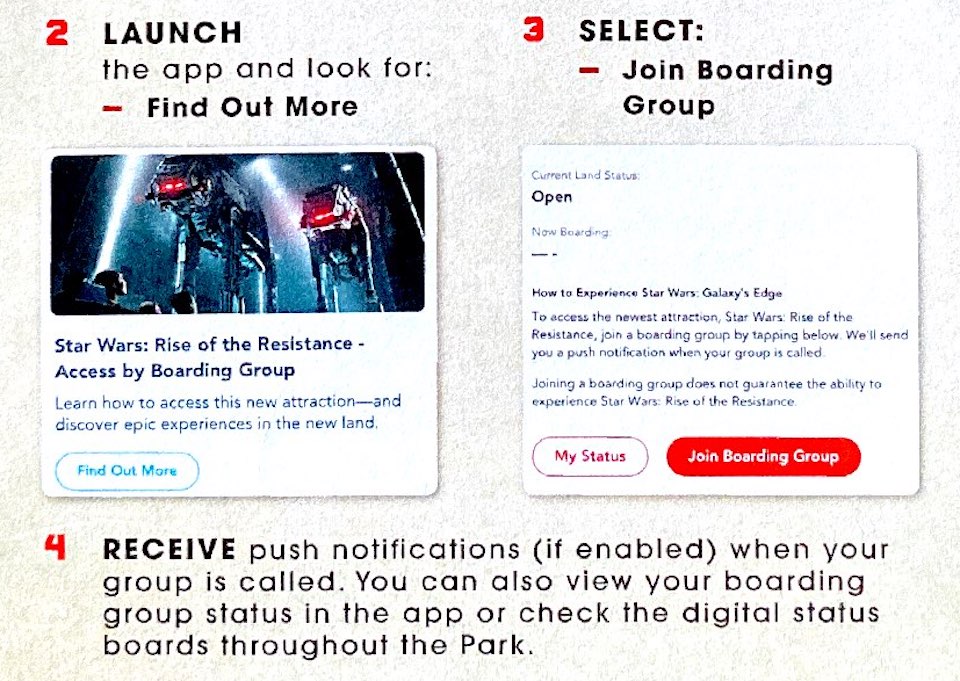 The only exception to this process is when Disney’s Hollywood Studios hosts Extra Magic Hours before park opening for those guests staying on Disney property. In those instances, both the ride and boarding groups will not be available for any guests to book until an undefined time during the Extra Magic Hours. My best advice in this scenario is to keep checking the My Disney Experience mobile application and stay alert for announcements in the park.

During our recent visit, Disney’s Hollywood Studios opened at 6:36am, and we were able to secure a boarding group at 6:44am once we made our way into the park. On this given day, all boarding groups for the entire day were distributed by 8:51am, showing how important it is to arrive early.

Guests visiting are limited to one boarding group per day. Additionally, it is important to note that joining a boarding group does not guarantee the ability to experience Star Wars: Rise of the Resistance.

How long should I expect to wait once I have a Boarding Group?

As mentioned above, the boarding group process is beneficial in that it will quickly allow you to know an approximate time you can expect to ride Star Wars: Rise of the Resistance. Disney will determine each day how many boarding groups it assigns. The ride’s functionality and operation will then decide how quickly they move through the boarding groups.

On the day of our visit, boarding groups number 1 through 39 were called by approximately 12:00 pm, and boarding concluded with group 87 around 8:00 pm.

Make sure push notifications are turned on for My Disney Experience so you will be alerted if and when your boarding group is called to return. Guests have up to two hours from the time of the alert to go to the entrance of Star Wars: Rise of the Resistance, so there’s no need to rush right over. 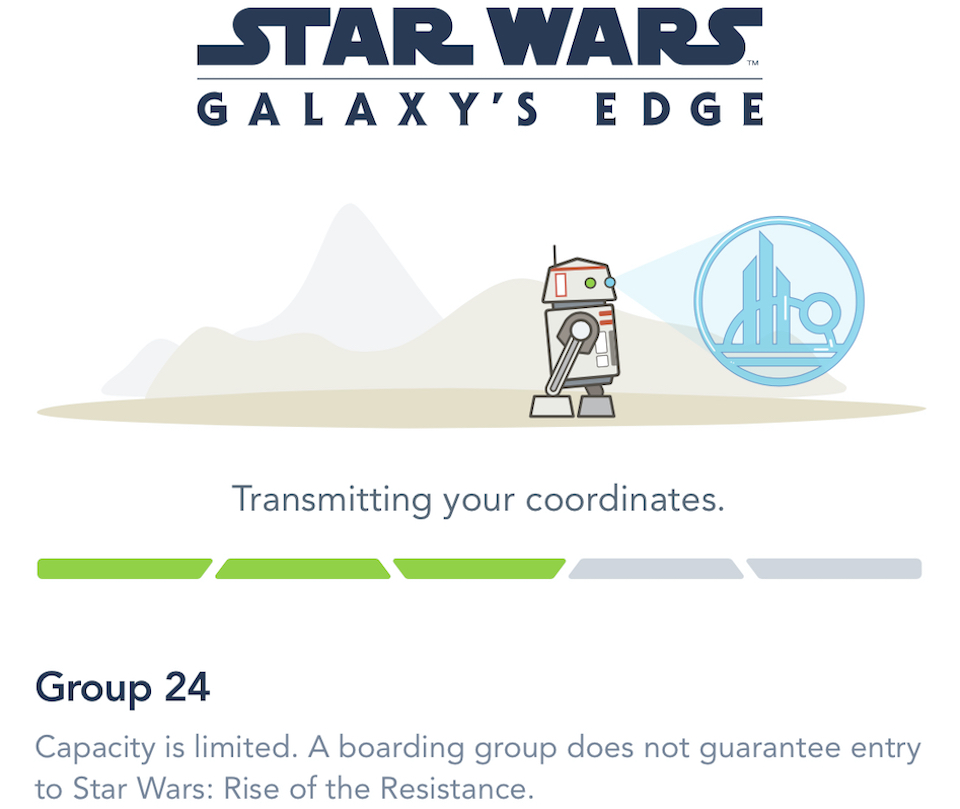 What if the ride breaks down?

Star Wars: Rise of the Resistance is one of the most technologically advanced attractions I have personally ever seen. With so many electronic components, animatronics, as well as a trackless ride system, there are bound to be many small issues that can arise, causing the ride to go down for some time.

When visiting, we experienced an approximate two-hour delay in the queue once our boarding group was called. Cast members made sure we were entertained with characters roaming the queue, and that we were not without food and water by providing bananas, cookies, chips, popcorn, water, and more.

Once the ride resumed operation, we then experienced a technical issue causing the ride to go down and requiring a backstage exit. Paper Fastpass+ tickets were distributed, and we were instructed to return once the ride was operational again. When it was back up and running a short time later, we immediately entered the Fastpass+ queue and were on and off the ride in 25 minutes.

Guests traveling with small children will also be happy to know the child swap is available for Star Wars: Rise of the Resistance. 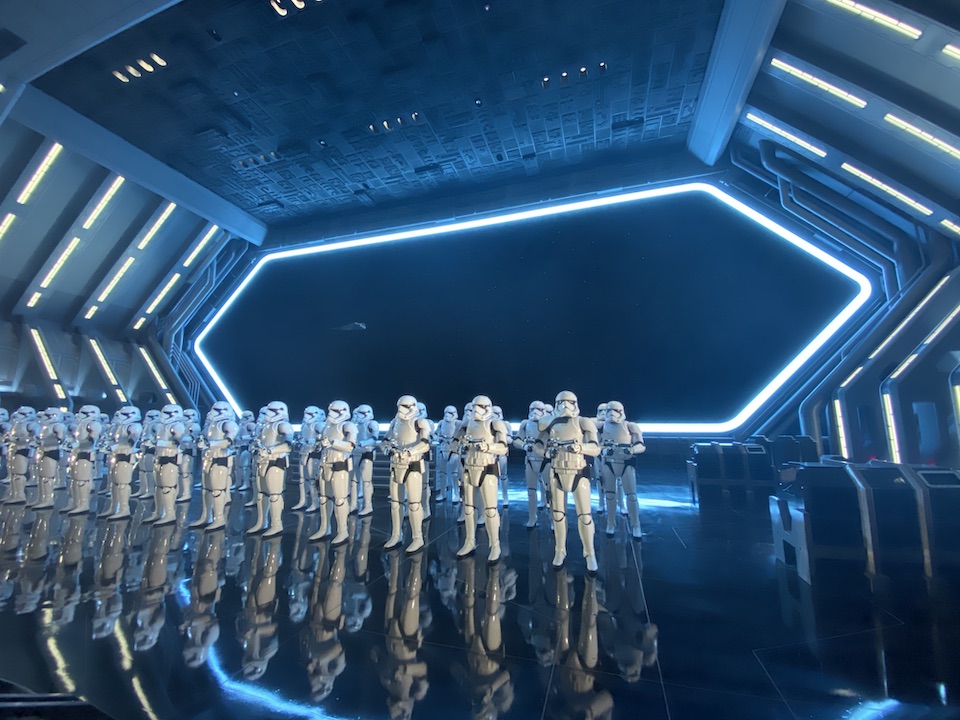 What happens if they do not get to my Boarding Group?

As of writing this article, each day that Star Wars: Rise of the Resistance has been in operation, not all boarding groups have been able to be accommodated during park hours. Guests will be informed of this via My Disney Experience.

When this occurs, guests assigned a boarding group and not able to ride have been provided a FastPass+ for the ride for the next day and a complimentary 1-day Park Hopper ticket.

This entire experience may sound frustrating, but if you are determined to experience Star Wars: Rise of the Resistance in the coming months, it is a small price to pay for the outcome. Come to the park patient and willing to wait to accomplish your mission, and you will be rewarded handsomely.

Have additional questions about the boarding group process for Star Wars: Rise of the Resistance? Head over to DISboards for updated reports of the rides operation and boarding group information! 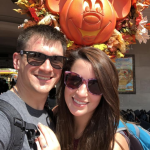