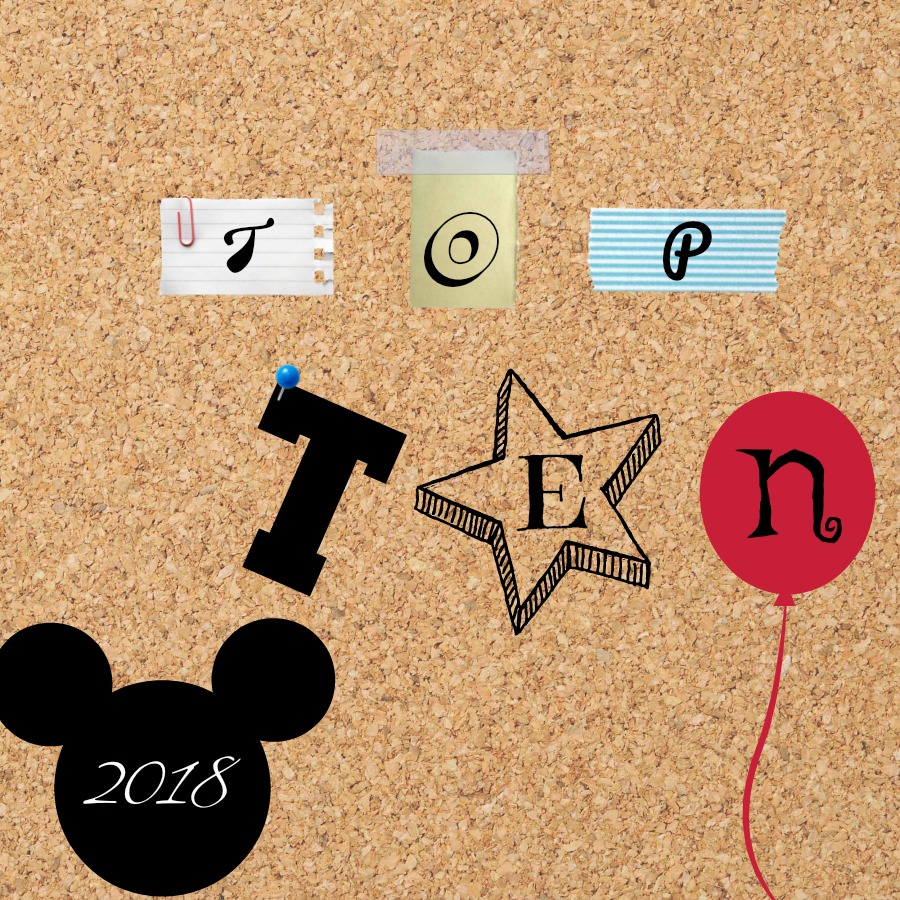 ShareTweetSubscribe
Covering Disney news is like attending a family holiday party — it's mostly fun, occasionally sad, and every so often the police get involved. We at The DIS would like to take the time to reminisce with our own family — that means you — about some of the Disney-related news stories that gained the most attention over the course of 2018. We did our best to keep this list to purely park-planning news stories, but Disney news isn't always about what impacts your vacation, so we'll mention a few of the more popular stories from this year that didn't make it on our top 10 at the bottom.

While this frequently viewed story may have started out as a rumor back in August, we not only got confirmation of the change pretty shortly thereafter later in the year, but also saw the full transition of Artist Point into a new character meal. If you haven't had the opportunity, check out Pete Werner's full review of the new character dining option HERE.

Well, this one surely doesn't qualify as surprising. While these price increases were quite a big deal when they were announced in February, later in September, Walt Disney World announced a brand-new date-based ticket price structure, complete with an interactive calendar to help guests figure out the increasingly complex pricing system. We can probably expect many more pricing stories to come in 2019, so make sure to keep a close eye on our Ticket Prices Page.

Way back in the beginning of 2018, Walt Disney World announced that they would close children's activity centers at Disney’s Animal Kingdom Lodge, Disney’s Polynesian Village Resort, and Disney’s Yacht & Beach Club Resorts. While Disney cited a lack of guest use for their August 1st closures, the popularity of this story suggests that quite a few folks out there still cared about these children's centers. The new Pixar Play Zone opened at Disney's Contemporary Resort to fill the gap.

7. Disney Designs New Lightsaber That Extends and Retracts Just Like the Film Versions

Disney Enterprises, Inc. published numerous patent applications that could relate to the upcoming Star Wars: Galaxy's Edge lands in Hollywood Studios and Disneyland Park, but none of them got nearly as much attention as this lightsaber design. Using a simple concept in a sophisticated way, this new model lightsaber could be the most film-accurate take on the iconic weapon to date. Whether Disney just keeps it for live stage shows or sells them to fans, collectors, and cosplayers is anyone's guess, but we'd love to get out robotic prosthetic hand on one of these.

The defunct River Country water park sat idle for years, gathering dust and serving only to be included in "secret Disney" lists making the rounds on the internet. Once rumors began to circulate about a new resort hotel being planned for the location, anticipation began to build. Walt Disney World finally confirmed in October that they would be developing a new Disney Vacation Club property on the site to open in 2022 — a nature-themed DVC resort with "900 hotel rooms and proposed Disney Vacation Club villas spread across a variety of unique accommodation types." A month later, we learned that the name of this new resort would be Reflections: A Disney Lakeside Lodge.

As you can guess by the last entry, Walt Disney World guests are highly interested in any news on new resort hotels. While rumors of a New Swan & Dolphin tower had been circulating for a bit, it was the confirmation that garnered the most attention. The resort's owners — real estate firm Tishman and Metlife Investment Management — made a statement in September announcing the new 14-story, 349-room hotel tower which will be built on the current site of the resort’s tennis courts. A later update from Marriot International in November confirmed that The Cove will be finished in under two years. For the full details of the new resort check out the story, of course.

While not finishing in first place, runDisney's new calendar of events managed to pick up a significant amount of attention. It seems like Disney's list of annual marathon and half-marathon events is retaining a strong amount of enthusiasm among fitness prone Disney enthusiasts. While technically published at the end of 2017, this story still held at number 6 for views in 2018.

The popularity of this story is no surprise. Did you miss free dining? Do you still want free dining? What if we just keep repeating the words "free" and "dining"? Booking availability for this offer ended on Halloween, but stay tuned for more news in the future about those two magical words.

And now we get to new charges. The popularity of this news story on our site was a direct result of how unpopular the concept of resort hotel parking fees was to the general Disney community. What is done is done, though, and it seems like these fees are here to stay. For the current and ever-updated rates for overnight parking at Walt Disney World Resort hotels, check HERE.

1. 2018 Disney Dining Plan Will Include Specialty Alcoholic and Non-Alcoholic Beverages

Our site is first and foremost about planning, so it should come as no surprise that we have this Disney Dining Plan story in the top spot. Remember, we also have this information and everything else you need to know about the Disney Dining Plan conveniently located right HERE.   Sadly, Disney news isn't just confined to the changes that occur in the theme parks. 2018 had its fair share of stories that strayed towards the negative not just for The Walt Disney Company, but for cast members and guests as well. Here are some of the more popular, but less positive, stories that made the rounds: A newborn baby was reported to have been handed to a guest by an anonymous woman at the Animal Kingdom Lodge, only for investigators to discover that the guest who reported the incident was actually the child's mother, who had fabricated the story. Just in time for the holidays, this mid-December story reminded us all to treat people nicer, be more positive, and not steal over $48,000 from our employers. Kissimmee resident Jamaica Hall was charged with grand theft after he allegedly "issued fraudulent credit card refunds to hotel guests, which he transferred to his checking account" while working as a concierge host at multiple Walt Disney World Resort hotels. Luckily, no Disney guests were financially affected. A woman is facing child abuse and criminal mischief charges after Epcot guests reported that she had been dragging her child in one of the park's restrooms; she was aggressive and uncooperative with police officers during the November incident. Two popular stories centered around a woman suing Walt Disney Parks & Resorts for an incident in 2016 in which another guest allegedly hit her with a motorized scooter while in Disney's Hollywood Studios. She later requested video to identify the other guest. Lastly, we found out in October that a man had decided to sue Disney for negligence and false arrest regarding an incident in 2015 in which a cast member asked him to move to accommodate a parade route. At the time of his arrest, the cast member said the man had "grabbed her shirt collar and threaten[ed] to punch her in the face," a claim that he is now contesting.   So here we are — the New Year is upon us and it's time to look forward to another 365 days of Disney news. The Disney Parks and Resorts will look quite a bit different by the end of 2019, and we'll be here with you to report on all of the changes that come their way. Have a safe, happy, and hopefully non-newsworthy New Year.
ShareTweetSubscribe
Save Up to 25% on Rooms at Select Disney Resort Hotels This Summer!